Scare Bears - the teddies from hell.

Welcome to the world of the Scare Bears. Prophet Bear - Prophet Bear fooled all the other Bears (except Dhimmi Bear who is forced) into believing he was Holy as he had a direct invisible phone line to God via an Angel Bear. His Jihadi Bear followers throughout history have gone on to continually divide and harass the world in the name of Jihad while claiming to be victims. What a tricksey Bear he was! 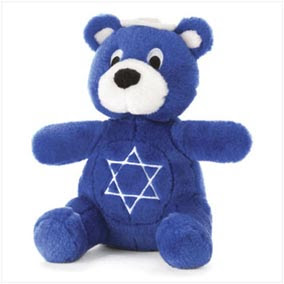 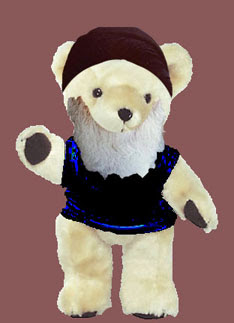 Ayatollah Bear - Ayatollah Bear is greatly exalted for his issuing of death-fatwas upon Infidel Bears and Kufar Bears. Ayatollah Bear may be as bonkers as a sack of hammers but no-one dares disagree with him as he speaks directly to the great teddy bear God via an invisible phone line that connects direct into his brain. In some advanced human societies this would normally lead to a spell in hospital, but in the teddy bear world you are called a Prophet Bear or an Ayatollah Bear. Anyoe who disagrees with what Ayatollah Bear is saying is a Kufar Bear and must be killed. 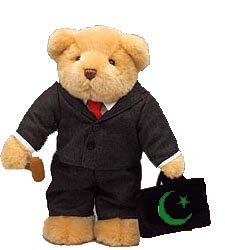 Barrister/Attorney Bear - The #1 CAIR Bear. This little guy has copied other victim hustlers and has built an industry using our Liberal Bear values against us. This is also known as Profiteering Bear. He is also to be found working for Race Relations Bear, who is a special type of bear that profits from betraying his own people. Scare Bear - Scare Bear has many hats. Sympathizer, Talking Head and even Film Producer. Whether its phony protests, fighting cartoons, blaming the homeland of Zionist Bears for all the wrongs of the world or filming atrocities for the entertainment of Jihadi Bears, Scare Bear is ready to indulge the Western media. Usually a bear that is a liberal / leftist thats hates White Bears and who sees racism everywhere (except anti-White Bear racism). Hates the homeland of Zionist Bears even though may also be relative of the Zionist Bears. Sees Hamas Bear as a peace loving bear who is bit like Gandhi Bear but who blows himself up on buses filled with women and children instead of starving himself in the name of peaceful protest. 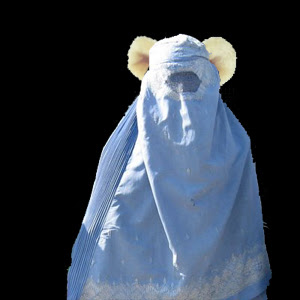 Sharia Bear - Sharia Bear is properly clothed, otherwise she will be stoned to death. Sharia Bears role is to get pregnant and produce more Jihadi Bears so that Ayatollah Bear can send them out to kill Kufar Bears. Sharia Bear usually has her clitoris removed with a rusty razor blade in many teddy bear nations so that she can never experience any sensual enjoyment from making love. This is so that she understands her role is as a walking womb and not at as a complete woman. 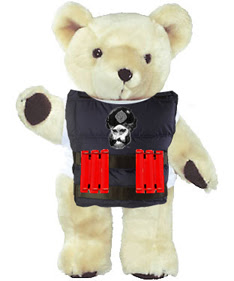 Jihad Bear - Jihad Bear is at the front lines killing filthy Zionist and Kufar Bears everywhere. Jihad Bear is the murderer of Infidel Bears, Kufar Bears, Apostate Bears, Zionist Bears, Christian Bears and any other bears that do not follow the laws and rules of Prophet Bear or Ayatollah Bear. Jihad bear has the least sex of all life forms on the planet. Jihad Bear usually gets laid on a leap year, if the 29th February fulls on a friday and also on a full moon with an eclipse. This is why Jihad Bear is so pissed off, as Jihad Bears swollen bollocks ache all the time. Jihad Bear would rather cut an infidels head off than have a ham shank. Jihad Bear expects to find 72 beautiful Virgin Girl Bears in heaven playing beautiful music when he blows himself up on a schoolbus, but instead will find himself in Teddy Hell where each of the 72 virgins are all male, all look like Les Dawson and each is hung like Shergar. There is also no vaseline in Teddy Bear Hell for dead Jihadi teddy bears, and the only music comes from a stuck CD that repeats the songs of the Pet Shop Boys and The Wombles forever.

Remember your a Womble , Jihadi Bear.


Slightly revised from - http://www.therudenews.com/?p=178
Posted by Defender of Liberty at 06:03