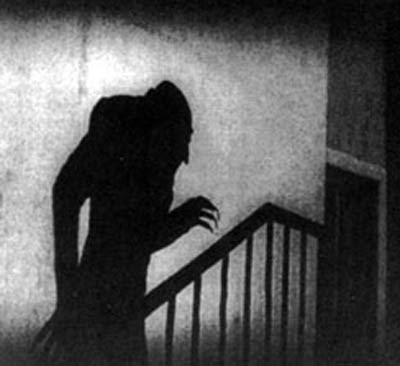 The twin Al Qaeda suicide bomb attacks on the city of Algiers in Algeria which have killed scores of people and devastated two UN buildings, comes at an opportune time for the US. The threat of Al Qaeda needed to be demonstrated to the world in order to divert attention away from what is happening in Washington, where the current and two previous CIA chiefs are implicated in a conspiracy to conceal evidence from a congressional investigation, gave perjured testimony under oath to that investigation and destroyed evidence so that Congress could not avail itself of it.

The Project Censored site http://www.projectcensored.org/censored_2008/index.htm , which is a superb site, reveals that Bush has passed into law the following new laws ;

1) The John Warner Defense Authorization Act of 2007, which was quietly signed by Bush on October 17, 2006, the very same day that he signed the Military Commissions Act, allows the president to station military troops anywhere in the United States and take control of state-based National Guard units without the consent of the governor or local authorities, in order to “suppress public disorder.”

By revising the two-century-old Insurrection Act, the law in effect repeals the Posse Comitatus Act, which placed strict prohibitions on military involvement in domestic law enforcement.

With the approval of Congress and no outcry from corporate media, the Military Commissions Act (MCA) signed by Bush on October 17, 2006, ushered in military commission law for US citizens and non-citizens alike.

Robert Parry points to text in the MCA that allows for the institution of a military alternative to the constitutional justice system for “any person” regardless of American citizenship. The MCA effectively does away with habeas corpus rights for “any person” arbitrarily deemed to be an “enemy of the state.” The judgment on who is deemed an “enemy combatant” is solely at the discretion of President Bush. "

3) A provision mysteriously tucked into the Military Commission Act (MCA) just before it passed through Congress and was signed by President Bush on October 17, 2006, (see number 1)redefines torture, removing the harshest, most controversial techniques from the definition of war crimes, and exempts the perpetrators—both interrogators and their bosses—from prosecution for such offences dating back to November 1997.

So Bush can just exempt them from the charges of torture, but they may have to face their charges for misleading Congress.

This is why the 'threat' of Al Qaeda needed to be used in order to consolidate their defence to the charges of misleading congress.

How better to demonstrate that threat, than for Al Qaeda then to go and blow up a few bombs somewhere in the world, specifically involving high profile targets like the UN to consolidate global outrage at the terrorists.

With CIA Director Michael Hayden's explanation Tuesday of how videotapes of terror suspect interrogations were made, then destroyed, has left many questions unanswered, said Intelligence Committee Chairman Jay Rockefeller.

The West Virginia Democrat called his panel's 90-minute closed-door session with Hayden "a useful and not yet complete hearing" and vowed the committee would get to the bottom of the matter. Among lingering questions: who authorized destruction of the tapes, and why Congress wasn't told about it.

Hayden told reporters afterwards that because the tapes were made under one of his predecessors, and were destroyed under another, he wasn't able to completely answer all questions.

"The taping was done under Director Tenet. Destroyed under Director Goss--before my time. There are other people in the agency who know about his far better than I, and I committed them to come on down and answer all the questions the committee might have."

Hayden also said he laid out the facts as best he knew them before the panel, including why the CIA taped the interrogations and why the tapes were destroyed.

The hearing came as a former CIA agent who was part of the interrogation team went public with his account, saying the waterboarding of a top al-Qaida figure was approved at the top levels of the U.S. government.

al-Qaeda in the Islamic Maghreb ;

Reports from North Africa point to a recent resurgence in terrorist activity by several local Islamist movements, the most prominent of which is the Salafist Group for Preaching and Combat (GSPC). An Algeria-based Sunni group that recently renamed itself al-Qaeda in the Islamic Maghreb, the organization has taken responsibility for a number of terrorist attacks in the region, declared its intention to attack Western targets, and sent a squad of jihadis to Iraq.


Just 8 days ago the US and the CIA designated the Al Qaeda group led by Droukdel a listed organisation ;

Washington, DC--The U.S. Department of the Treasury today designated Abdelmalek Droukdel (Droukdel), the leader or emir of Al Qaida in the Lands of the Islamic Maghreb (AQIM). AQIM, a violent extremist group based in Algeria, merged with al Qaida in September 2006.

"As emir of AQIM, Droukdel has supervised and ordered deadly terrorist attacks against innocents," said Adam J. Szubin, Director of the Office of Foreign Assets Control (OFAC). "We will continue efforts to dismantle AQIM's financial infrastructure and financially isolate its members."

As a result of the merger with Al Qaida, AQIM, formerly known as the Salafist Group for Preaching and Combat (GSPC), changed its name to AQIM. Droukdel assumed leadership of AQIM in mid-2004.


Looks like the muzzle came off and the beast it was let off its leash just over a week ago, and it has now begun its murderous rampage.

The CIA have even been involved directly in bombing operations, the Michael Meiring Phillipines bombing case of May 16 th 2002 is proof of high level US involvement in Islamist terrorism abroad with groups linked to AL Qaeda.

On February 21, 2002 Rosanna Halong, wife of notorious Abu Sayyaf leader Abu
Sabaya, phoned Radyo Agong dxMD in Koronodel City and announced that her
husband was in on a CIA plot to break Sabah away from Malaysia and fuse it
with Mindanao to form an independent country - a plot long popular with
CIA-linked treasure hunters like Gould and North. "

Abu Sayyaf (the phrase means “bearer of the sword” in Arabic) is a militant organization based in the southern Philippines seeking a separate Islamic state for the country's Muslim minority. The White House says Abu Sayyaf is a terrorist organization with ties to Osama bin Laden's al-Qaeda network, and most recently to Indonesian fugitives responsible for other civilian attacks in neighboring the neighboring country.


The Abu Sayyaf organisation itself was created, funded and trained by the CIA in the Phillipines ;

According to various sources, Abu Sayyaf, the Islamic fundamentalist organization notorious for kidnapping tourists in southern Philippines and Malaysia, was formed and trained by the U.S. Central Intelligence Agency and the Philippine military.

Philippine Senator Aquilino Pimentel called for an inquiry into the link between the CIA and Abu Sayyaf--which he called a "CIA monster"--as early as May of last year. "There are now emerging bits of information that Abu Sayyaf was indeed the creation of probably the CIA in connivance with or with the support of some select military officers," he said at the time.
Posted by Defender of Liberty at 16:50