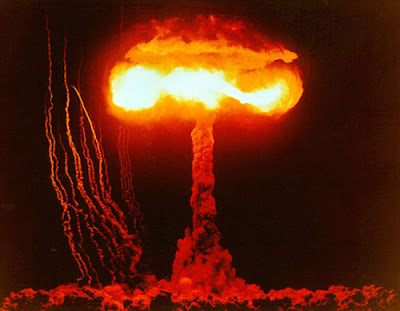 Völuspá - The Song of the Sybil

Surt with the bane of branches comes
From the south, on his sword the sun of the Valgods,
Crags topple, the crone falls headlong,
Men tread Hel's road, the Heavens split open.

One lunatic, one bomb, one time.

A man has been arrested following the discovery of an explosive device at the home of a contract worker at the Sellafield power plant in Cumbria.
Army bomb disposal experts from the Catterick garrison were called to deal with a suspect package found at a house in Southey Walk, Egremont.

What was described as a "small rudimentary device" was made safe and taken away for forensic examination.

Police later arrested a 30-year-old who presented himself at a police station.
Posted by Defender of Liberty at 05:38