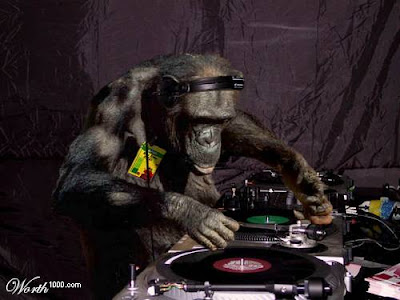 
Last night I was asked to participate in a debate on an Irish radio station last night about Morrissey.

I replied ' As someone who is half English and Half Irish I love that song, and no Morrissey is not a racist as he was talking about Culture and not Race and in that context he is 100 % correct, as British culture is facing extinction due to immigration. We should all be proud of Morrissey as he is one of the greatest English/Irish songwriters of all time '

A pause - then a big gulp from the presenter as they began to realise that perhaps it had not been such a good idea to invite me on the show.

About halfway through the 20 minute show what I call the ' Hijack ' was attempted.

The 'Hijack ' is when the presenter allows the obligatory left wing /UAF arsehole on the show who is sitting in the studio to say something that it a total lie and then try and attack you on it.

In this case the idiot said ' You have said that you hate blacks .... "

At that point I shouted down the phone " HOW DARE YOU LIE ABOUT WHAT I HAVE SAID, I did not say I ' hate blacks ' at any time. That it is a deliberate lie and a misquote you idiot. Do I have to send you an e mail in the future to ensure that you quote me correctly '.

In order to ensure that the show cannot proceed until the misquote is corrected it is best to then continue shouting until the idiot goes quiet and you can continue.

After me shouting down the phone at him for about 1 minute, the presenter ended the attempted hijack and silenced the idiot leftist.

I continued " I was invited on this show to speak and I will do so ".

I said that the immigrants coming in were not here to integrate, and were therefore colonists and that we were approaching a tipping point where British culture would collapse.

I said that the fact that all other racial groups in the country were encouraged to protect their cultural identity, but that white British people were called racists when they did the same, was itself an example of racism as we were being treated differently simply because we had a white skin.

The show continued and I managed to point out that ;

3) That the BNP intend to deport 2 - 3 million illegals, bogus ayslum seekers and visa stayers and end all immigration into the country. The presenter asked ' Does that include Australians and Spanish whites' I replied ' Absolutely - if they are here illegally they all go '. Another big gulp from the presenter.

Then the moment I knew the 'GET HIM OFF !!!!' button was about to be pressed was when one of the other panellists, a university proffessor I believe, said that I was right and that he too was worried about the tipping point in Irish society that was also facing mass immigration.

20 minutes of 'Conditioning Jamming' on the media is not bad.

Normally I only get about 5 minutes.

In this case the presenter thought they could 'salvage' the operation by allowing me to speak on until the hijack occurs.

As i have said in other articles, the reason why the No Platform policy exists on the radio and in the media is that good quality journalists capable of debating properly no longer exist and that the journalists that do have debating shows in the media will not allow us on to sit in the studio as they know they cannot defeat us in a free and fair argument. Instead they have us ringing in on the phone so they can attempt 'Hijacks' and then cut the phones off.

There is phrase that describes journalists and radio presenters that do not allow us to have a free and fair debate but who bang on about free speech - that phrase is ;

GUTLESS, COWARDLY HYPOCRITES.
Posted by Defender of Liberty at 01:14

Where can i find this radio interview Lee? I'm irish and ashamed that it takes an Englishman to stoke up the debate in my country. I share many of your views and believe in the need for an I.N.P. However the only people inclined this way are muppets, anti-semite lunatics. The P.C. brigade are well entrenched in our society and we are well on the way to reaching U.K. levels of ethnic confusion.

Do you have the link for the radio program?