The Acorn and the Oak 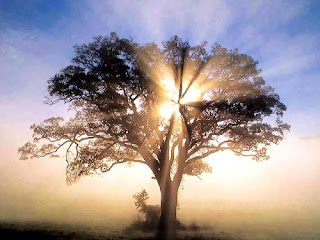 The Acorn and the Oak.

I remember that first moment of hope,
When first my fathering fingers,
Clutched the cupule, coffee brown,
In its tiny egg cup and medusa nest,
Of smooth shell and rough black bristles
That I had plucked from a regal oak,
Which antlered skyward with sun scorched tines,
Left to flourish in splendid isolation,
Since its sisters were taken centuries ago,
To supply the mighty Victory of Trafalgar,
With its planks and timbers and decking,
Its lightning struck limbs, black and blistered,
Were reaching out to both sun and earth,
With a shining soul I could almost see.


For centuries its kin had crowned the brow,
Of wild and forgotten Upnor Common,
Where Chatham Dockyard could be seen,
In the distance beside the Medway waters,
Which had built the wooden walls of England,
Bustling with men and boys busy at work,
As ants under the orders of a machine,
That hooted shift changes three times a day,
Yet somehow this Queen had escaped the cut,
And remained to reign upon the hill,
The throne of peregrines and pigeons,
That waged constant war within its shadow,
As the British Empire rose and fell all around.


I pocketed the acorn amidst the fluff and feathers,
The many simple boyish treasures,
That I had collected upon my walk in the woods,
Then peddled home past Broad Street cottages,
And my school I saw as a prison,
Which bound me with its rules and lessons,
To systems I saw even then as false,
Tyrannies to trap our questing souls,
Then furtive found a sunny corner,
In the southern side of my fathers garden,
And sired there a shallow womb,
Amidst the dank and dark loam,
Where I lay the kernel with tender precision,
Folding the soil over its slumbering form,
As a mother tucks a babe into a blanket,
For I loved it none the less, in my own childish way.


Time had bound us both together, you and I,
For as you have grown in stature, I have fallen,
Your first green shot of new life,
A succulent sprout from a tiny tap root,
Threatened by slug and frost and a myriad perils,
Which appeared one morning as if by magic,
Was my first glimpse of the mystery,
Which is the gateway between the worlds,
For as it ascended from its tomb of earth,
Escaping the tranquil hush of death,
A miracle it seemed to me then, and still today,
The one true resurrection in nature,
That all men may know and glory from.


Now as I watch the wind creak your boughs,
As storm clouds rush and gather harsh,
Ravaging the sky with their clash and ire,
Unafraid you refuse to bow before their wrath,
Grown tall and strong, defiant in your might,
You usurp the wind and shake your fist,
I marvel at how much you have grown,
The magic more real with every summer,
As inch for inch we grew together,
Budding as the blood rushed,
For you were the first miracle I had seen,
And my first awakening to the sorrows of life,
Ushering in the ghost of future woes,
That would haunt me as I shed my youth,
And traded innocence for experience.

I am old now and my roots delve deep,
The soul of this ancient earth,
Seeking purchase upon the slipping sheath,
Of the past, where memory tricks today,
And conjures spirits that seem so much closer,
Than what is now and near,
For together we have grown old,
And though your sap still rises in spring,
Upon the verdant budding bough's,
My skin like your bark is now withered brown,
And thin as crackling Autumn leaf.

I face the sun in a comfortable chair,
Positioned to feel the warm flush of light,
As it gilds the winter gloom,
My back due North shuns the cold,
As do your twigs and branches,
My acorns are words of wisdom,
That rot on the ground unseen,
Our fruit unwanted by this generation,
For a tree is just a green thing,
That is in the way of prgress,
And men like me are relics,
To be buried in the dust of Englands dusk.


An owl roosts amidst my snowy branches,
A guardian of the gateway between the worlds,
At night it haunts the glades of the dead,
And communes with ghosts,
Awing it seeks a soul to steal,
And brings its prey back to me,
A memory, a memory,
Of all my yesterdays tangled in the twigs,
Of an endless silent reverie,
Until together at last we shall lay as one,
Embraced in our mutual rebirth,
For the seed that I planted long ago,
Is the ark in which I shall begin,
The final walk into eternity.

Posted by Defender of Liberty at 03:47

Labels: The Acorn and the Oak