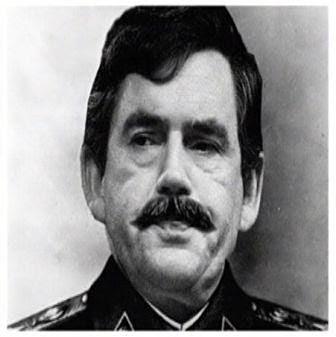 Imagine a country that gives tens of billions of pounds to nations like India and other nations as Development Aid as tens of thousands of old people in their own country freeze to death.

Imagine a nation that condemns 'racism' yet allows old white people to die of hypothermia every winter. More people die of cold in the UK per year then in Finland.

Imagine a nation that allows Passive Genocide by doing nothing to help the poorest, weakest and most vulnerable in our society.

Welcome to a nation that espouses Maoist Political Correctness, yet sits back and watches as hundreds of thousands of babies are aborted each year and tens of thousands of old people freeze to death.

More than 25,000 elderly die of cold as fuel poverty hits one in four pensioner households

Last updated at 7:47 AM on 28th November 2008
Comments (0) Add to My Stories The Government is failing to tackle winter deaths which result from fuel poverty, Help the Aged has said
Last winter's cold weather claimed more than 25,000 lives - the highest for four years, a report revealed yesterday.

The deaths, which came amid soaring fuel costs, were up 7 per cent on the previous year and are the highest in Europe.

The vast majority - 22,400 - were among pensioners, millions of whom are in fuel poverty, having to choose between heating and eating.

Charities said the deaths were a 'national scandal' and warned that this winter, which is forecast to be colder, would see even more deaths.

Gas costs have surged by 50 per cent in a year and electricity by a third, adding around £400 to annual bills.

A survey by Age Concern found two-thirds of pensioners are cutting back on the amount of gas and electricity they are using. On Monday, Chancellor Alistair Darling announced an extra £60 at Christmas to help with winter fuel payments for pensioners – but campaigners said it was not enough.
Gordon Lishman, of Age Concern, said: 'Pensioners are clearly more worried about staying warm and well this year. Yet, the impact of increased energy bills is causing thousands to risk their health by cutting back on heating.'

The figures, from the Office for National Statistics, show that between December and March, there were 25,300 more deaths in England and Wales when compared with the rest of the year.

Winter deaths are often as a result of heart attacks, strokes, bronchial and other conditions and may occur several days after exposure to the cold.