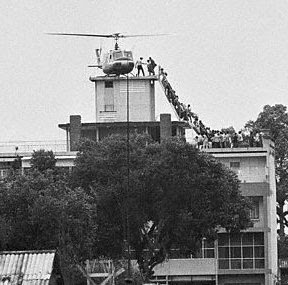 Have you watched those idiots on the BBC who are reporting the American election - its like watching a bunch of giggly little schoolgirls getting all gooey eyed before some X factor finalist.

Every time they mention the word 'Obama' its like they are muttering some sacred mantra, the name of the ultimate Liberal icon - the Jesus of Liberalism.

I really do think that the media think Obama can walk on a lake of coca cola whilst raising the Fed.

You know you are watching satire as history when the journalists end up believing their own bullshit.

The media have become the serpent that ate itself.

What people must always remember is the lesson of MC Hammer.

At one time MC Hammer Fever was rife in the media.

Everywhere you went all you could hear on the radio was the repetition of the phrase " HAMMERTIME ! ".

The music magazines were full of stories about the man of the moment.

But people should be careful what they wish for.

He will be President tomorrow for these three reasons ;


1) White America has been conditoned by the media with a cringing, servile ' Racism Reflex' to the point that not voting for Obama is seen as almost tantamount to being a member of the KKK.

2) Obama has spent the most on political advertising.


3) HE RAISED THE MOST MONEY TO SPEND ON POLITICAL ADVERTISING.


He will win for those three simple reasons.

He will then do a Kennedy. Just as Kennedy was elected on a ' I will pull us out of vietnam pledge ', and then increased the numbers of troops into Vietnam, Obama will be forced to do the same - just to defend his rear as he tries to pull the troops out.

Once he is elected the Jihadists in Iraq and Afghanistan will start to make more attacks. He has promised withdrawl and so they will seek to accelerate that process.

His presidency will be seen as a time of the shrinkage of American global influence and a retreat into the more extreme excesses of Maoist Political Correctness in US society as seen in present Britain.

That means there will come a clash at some point with the various social forces at play in the US - especially as the Second Great Depression begins to bite.

The Lucifer Principle of Howard Bloom is clear - any Empire that chooses to cease fighting for its overseas territories in the face of military attack or terrorism is an Empire that is about to crash.

I applaud the proposals of Obama and the democrats as per the Apollo Project, the plan to create a renewable energy system for America - but every President includsing Nixon and George Bush have promised the same thing and never managed it.

If Obama ever does anything more than talk about the Apollo Project then I will be surprised.

In order to create the Apollo Project then any American president will have to face down and control the two most powerful global forces in America and the world today -The financial power and control of the worlds oil supply by Arab nations of the Middle East and the American political power of Israel and AIPAC.

It is the presence of US forces in Islamic lands that is the focus of Islamist hatred, and only total withdrawl from the Middle East will appease them.

In order to leave Iraq and Afghanistan then the US must also leave Kuwait, Saudi Arabia and Israel. Leaving those lands to the mercy of the Islamists means surrendering the worlds oil supply to th Islamists - and Obama cannot do that.

There can be no withdrawl as without the Arab oil then the US Petro-Dollar Recycling System would collapse and destroy the US economy.

Obama cannot withdraw from Iraq, Saudi Arabi, Kuwait and Israel as to do would leave Iran as the major player in the Middle East.

The Iranian military stategist Hassan is the advocate of The Last Helicopter Theory.

I suspect that will be the image of Iraq and Afghanistan under Obama.

Hassan Abbasi has a dream--a helicopter doing an arabesque in cloudy skies to avoid being shot at from the ground. On board are the last of the "fleeing Americans," forced out of the Dar al-Islam (The Abode of Islam) by "the Army of Muhammad."

To hear Mr. Abbasi tell it the entire recent history of the U.S. could be narrated with the help of the image of "the last helicopter." It was that image in Saigon that concluded the Vietnam War under Gerald Ford. Jimmy Carter had five helicopters fleeing from the Iranian desert, leaving behind the charred corpses of eight American soldiers. Under Ronald Reagan the helicopters carried the corpses of 241 Marines murdered in their sleep in a Hezbollah suicide attack. Under the first President Bush, the helicopter flew from Safwan, in southern Iraq, with Gen. Norman Schwarzkopf aboard, leaving behind Saddam Hussein's generals, who could not believe why they had been allowed live to fight their domestic foes, and America, another day. Bill Clinton's helicopter was a Black Hawk, downed in Mogadishu and delivering 16 American soldiers into the hands of a murderous crowd.

According to this theory, President George W. Bush is an "aberration," a leader out of sync with his nation's character and no more than a brief nightmare for those who oppose the creation of an "American Middle East." Messrs. Abbasi and Ahmadinejad have concluded that there will be no helicopter as long as George W. Bush is in the White House. But they believe that whoever succeeds him, Democrat or Republican, will revive the helicopter image to extricate the U.S. from a complex situation that few Americans appear to understand.

Mr. Ahmadinejad's defiant rhetoric is based on a strategy known in Middle Eastern capitals as "waiting Bush out." "We are sure the U.S. will return to saner policies," says Manuchehr Motakki, Iran's new Foreign Minister.

Mr. Ahmadinejad believes that the world is heading for a clash of civilizations with the Middle East as the main battlefield. In that clash Iran will lead the Muslim world against the "Crusader-Zionist camp" led by America. Mr. Bush might have led the U.S. into "a brief moment of triumph." But the U.S. is a "sunset" (ofuli) power while Iran is a sunrise (tolu'ee) one and, once Mr. Bush is gone, a future president would admit defeat and order a retreat as all of Mr. Bush's predecessors have done since Jimmy Carter.

Mr. Ahmadinejad also notes that Iran has just "reached the Mediterranean" thanks to its strong presence in Iraq, Syria, Lebanon and the Palestinian territories. He used that message to convince Syrian President Bashar al-Assad to adopt a defiant position vis-à-vis the U.N. investigation of the murder of Rafiq Hariri, a former prime minister of Lebanon. His argument was that once Mr. Bush is gone, the U.N., too, will revert to its traditional lethargy. "They can pass resolutions until they are blue in the face," Mr. Ahmadinejad told a gathering of Hezbollah, Hamas and other radical Arab leaders in Tehran last month.

According to sources in Tehran and Damascus, Mr. Assad had pondered the option of "doing a Gadhafi" by toning down his regime's anti-American posture. Since last February, however, he has revived Syria's militant rhetoric and dismissed those who advocated a rapprochement with Washington. Iran has rewarded him with a set of cut-price oil, soft loans and grants totaling $1.2 billion. In response Syria has increased its support for terrorists going to fight in Iraq and revived its network of agents in Lebanon, in a bid to frustrate that country's democratic ambitions.

I suspect that under Obama the American people better get used to seeing the last American helicopter taking off - as the prelude to the collapse of the American Imperium itself.