The Media That Ate itself 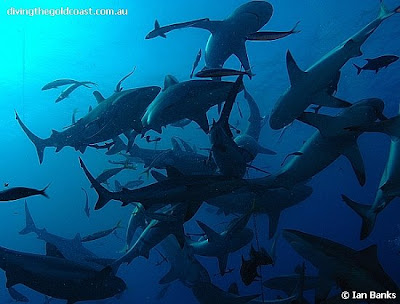 The actual definition of stupidity is a journalist that believes their own propaganda.

That is a bit like a dog falling in love with its own vomit.

The utter stupidity of the entire vegetative class of the media lemmings is amply demonstrated by visiting this URL here ;

Cut and paste the link and then see the list of literally dozens of articles by journalists, Human Resources experts at Personell Today and a myriad other corporate media drones - my personal favorite being this piece by the editor of Personell Today, Mike Berry, here -

- tale a look at Mikes picture at the bottom of the article - he looks like a gentically modified cross between a baked bean and Jimmy Krankie.

The article is brilliant with all the earnest puff he can muster Mike proclaims
" It's difficult to see how an activity like human resources can be properly and successfully carried out by someone whose views on the world are rooted in inequality and prejudice. As one HR director puts it: "Surely successful HR relies on objectivity and transparency in its processes, an informed understanding of the root causes of inequality and a commitment to redressing the balance?"

Oh yes, being in Human Resources Management is akin to being a Moses bringing down stone tablets, as verily I say to thee the Kingdom of The Human Resources, hallowed be its name, shall be built in Englands land. The Human Resources people are the stormtroopers of Liberalism, the rank army of Jobsworths that enforce the dictates of the Race Gestapo, the Equalities Commission.

The very fact such creatures as ' Human Resources ' staff exist as parasitic drains on our professions, industries, government, local authorities and public bodies is evidence of the insanity of our nation under the Liberal Fascist Elite.

The only good Human Resources officer is an unemployed human resources officer. They are like ringworm in the rancid belly of the bloated Servile State, a nest of vile loathsome maggots that feed of our national decay.

These little liberal nazi stormtroopers strutting around the civil service and corporatocracy are the enemies of progress. Their intolerance cannot be tolerated any more.

At the moment we are in the grip of a media feeding frenzy, in what can only be called a mass hysteria.

Journalists actually believe they are important, that their witless hypocrisy and fifth rate propaganda actually has any meaning other than that they get paid for producing it.

The impotent and dickless sharks of the media are swimming around each in ever tightening circle of dickless sharks, each feeding of the others ordure.

What has a penis but isn't male. A Journalist.

The deliberate 'outing' of BNP members by the media is a shameful act. Some journalists have been inciting violence against our members directly and assisting in the spread of the list. This is nothing more than the media assisting terrorists in targeting and attacking innocent people simply because of their opinions. This is called a pogrom. If it were being enacted against a race, a colour, a religion or a class it would be regarded as criminal.

Yet because it applies to personal opinion, the very basis of human individuality, and the right to organise collectively in the political system to represent our community interests, which is the basis of all democratic systems, the media feel they have the right, nay the duty, to attack us, abuse us and target us for attack.

That is their crime, and it will be basis of their punishment when the time comes.

Just as lists are being leaked on the internet, others are being drawn up.

This is the moment that the media ate itself.

This is the moment that the media are revealed to be sad, little, insignificant paper tigers hiding behind the anonymity of a newspaper column whilst pontificating from a moral high ground built upon hypocrisy, greed, stupidity and intellectual vapidity.

The media really think that we want to be one of them, to be in their clubs, to reap their applause, to collect the garlands of their acclaim and bask in the starshine of their praise and to attend their parties.

I see these fools as the agents of our national decay, the corporate worms that turn our national culture into a reeking compost heap .

All systems fall, however great and powerful. The tide of history turns and what was once the peak of a mountain lays drowned at the bottom of an ocean.

We are privileged to be present at the end of an epoch, a moment when quantative change becomes qualitative change, the moment of Punctuated Equilibrium, the Tipping Point - Year Zero - Evolution.

The National Revolution has now begun.

The article here on the demise of the US Imperium written by the CIA and NSA and it is the trumpet blast of Revelation, the precurser to the collapse of the system of economics, politics and media conglomerates that dominate our national democracies - Welcome to the Fin De Seicle ;

The next two decades will see a world living with the daily threat of nuclear war, environmental catastrophe and the decline of America as the dominant global power, according to a frighteningly bleak assessment by the US intelligence community.

“The world of the near future will be subject to an increased likelihood of conflict over resources, including food and water, and will be haunted by the persistence of rogue states and terrorist groups with greater access to nuclear weapons,” said the report by the National Intelligence Council, a body of analysts from across the US intelligence community.

The analysts said that the report had been prepared in time for Barack Obama’s entry into the Oval office on January 20, where he will be faced with some of the greatest challenges of any newly elected US president.

Times Archive
1948: American hopes and fears: Deep desire for world peace
American hopes and fears: Threats to cherished way of life
Related Links
Iran 'has enough uranium to build a bomb'
Syrians pin hopes on Obama presidency
Russia to deploy missiles in Europe
“The likelihood that nuclear weapons will be used will increase with expanded access to technology and a widening range of options for limited strikes,” the 121-page assessment said.

The analysts draw attention to an already escalating nuclear arms race in the Middle East and anticipate that a growing number of rogue states will be prepared to share their destructive technology with terror groups. “Over the next 15-20 years reactions to the decisions Iran makes about its nuclear programme could cause a number of regional states to intensify these efforts and consider actively pursuing nuclear weapons,” the report Global Trends 2025 said. “This will add a new and more dangerous dimension to what is likely to be increasing competition for influence within the region,” it said.

The spread of nuclear capabilities will raise questions about the ability of weak states to safeguard them, it added. “If the number of nuclear-capable states increases, so will the number of countries potentially willing to provide nuclear assistance to other countries or to terrorists.”

The report said that global warming will aggravate the scarcity of water, food and energy resources. Citing a British study, it said that climate change could force up to 200 million people to migrate to more temperate zones. “Widening gaps in birth rates and wealth-to-poverty ratios, and the impact of climate change, could further exacerbate tensions,” it said.

“The international system will be almost unrecognisable by 2025, owing to the rise of emerging powers, a globalising economy, a transfer of wealth from West to East, and the growing influence of nonstate actors. Although the United States is likely to remain the single most powerful actor, the United States’ relative strength – even in the military realm – will decline and US leverage will become more strained.”

Global power will be multipolar with the rise of India and China, and the Korean peninsula will be unified in some form. Turning to the current financial situation, the analysts say that the financial crisis on Wall Street is the beginning of a global economic rebalancing.

The US dollar’s role as the major world currency will weaken to the point where it becomes a “first among equals”.

“Strategic rivalries are most likely to revolve around trade, investments and technological innovation, but we cannot rule out a 19th-century-like scenario of arms races, territorial expansion and military rivalries.” The report, based on a global survey of experts and trends, was more pessimistic about America’s global status than previous outlooks prepared every four years. It said that outcomes will depend in part on the actions of political leaders. “The next 20 years of transition to a new system are fraught with risks,” it said.

The analysts also give warning that the kind of organised crime plaguing Russia could eventually take over the government of an Eastern or Central European country, and that countries in Africa and South Asia may find themselves ungoverned, as states wither away under pressure from security threats and diminishing resources..

The US intelligence community expects that terrorism would survive until 2025, but in slightly different form, suggesting that alQaeda’s “terrorist wave” might be breaking up. “AlQaeda’s inability to attract broad-based support might cause it to decay sooner than people think,” it said.

On a positive note it added that an alternative to oil might be in place by 2025.

Posted by Defender of Liberty at 15:59

Sounds like a lot of marxist style scare-mongering to me Lee and as soon as I saw:

"The report said that global warming will aggravate the scarcity of water, food and energy resources. Citing a British study, it said that climate change could force up to 200 million people to migrate to more temperate zones."

I thought "Ah there it is the old marxist AGW bollocks."

Why is this lie continuing to be spread by these people, the same people who are doing sweet FA to halt the advance of Islam in the west. In fact they are colluding with the Islamists the traitor scum.

I do hope the BNP will expose the AGW hoax for what it is and create an energy and an agricultural policy that is based on science and not bullshit.

Over-population is the real problem facing us but of course the marxist filth won't mention it because it applies wholly to the third world.A problem greatly exacerbated by, yes, you guessed it, mass immigration to the west.