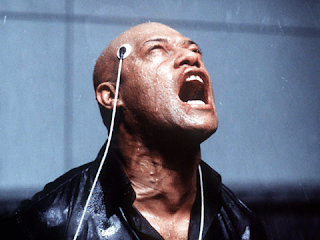 America may have rid itself of physical slavery - but it has made all Americans the mental slaves of the media.

In this world there are diferent forms of slavery.

One of those forms is to be shackled and forced to work.

Another form is to be mentally enslaved and your opinions and perceptions inculcated into you via the conditioning systems of the media.

Th Left are well aware of the power of media conditioning.

One of the major leaders of the far left, Herbert Marcuse, wrote a book about it called One Dimensional Man ;


Marcuse wrote that in a media dominated society the individual is a slave.

The individual is so alienated by the technical nature of society and their roles in society that they have no perception of what is actually the reality of their society.

They get their ideas, perceptions, opinions, and values from the media. They have no idea of the real problems and issues in society - their opinions on such things are products of the media.

Political propaganda is simply an extenstion of advertising.

Most human beings in advanced societies are mental slaves.

They are unable and unwilling, to either take the time to re-educate themselves from the grip of media conditoning or in most cases are unable to see that they are slaves.

Human beings are pack animals - they crave social status and a sense of belonging.

This is why we think we need big cars, new houses and brand label goods - as these things give us status in our society.

Such a society based on the collection of things as the basis of social status is one of the most primitive in all human history.

In the past, and in contemporary tribal societies, what were valued were wisdom and community.

Now we worship greed and Armani and celebrate rappers like Jay Z who can rap a few songs.

Humanity is now at its lowest ever civilisational level.

We have become primitive slaves working in the fields for our masters.

What we need is a return to a society where wisdom, community, environment, family, honour, loyalty and patriotism are the values we respect and where status is based on who we are and not on how much money we have.

At some time in the immediate future when the oil supply drops and the consumer society crashes to a halt and no more Armani jackets and reebok trainers are available for the savages to wear to exhibit their superiority over the rest of the savages - then the savages will revolt.

The savages are not a racial group or a religious group - they are everyone who is a mental slave.

They are all those who crave wealth, designer brand clothing, gold jewellery, big houses and social status in the land of the slaves.

So is Britain and the rest of the world.

But like all primitive societies it will destroy itself.

When the commodities stop then the savages will revolt.

The only advanced societies left on the planet are those that live in harmony with their natural environment, that respect family and their elders, that treasure wisdom not gold, that respect their culture and protect their own people.

The irony is that we see these people on our TV's and they are called primitive peoples.

Yet it us who are the primitives.

They are not mental slaves.

They are free whilst we are slaves.

Posted by Defender of Liberty at 02:50

Best and most informative/impactive blog I've read in years.