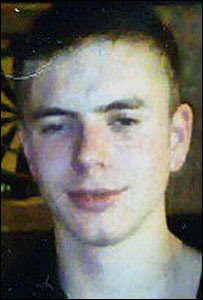 
Yet another young white victim of race crime killed in Croydon a few days ago - Simon Darby writes about the crime here ;

" When is a racist murder not a racist murder? Chances are that if you are reading this you will know exactly what I mean but if ever we needed an example of the kind of nauseating hypocrisy displayed by our media then here it is.

Last Saturday 21-year-old Billy Ward was stabbed to death after an argument with two men on a bus as it travelled through Croydon. Billy was returning home after a night out with friends, but he never made it. He was found with multiple stab wounds at Gravel Hill, at the junction with Selsdon Park Road, and died in Mayday Hospital less than an hour later. Whilst even the Sunday Mirror had the integrity to put out a description of his attackers, the BBC, knowing full well who the police were looking for, shamefully refused to offer anything more than a reference to, “two suspects”. I am sorry, I’m telling a lie, the BBC did in fact say one of the men was wearing a red hat!

Now normally in these cases the police do their very best to help “community relations” by putting very subtle pressure on the grieving family to drop any kind of racial angle. Contrast this to the huge police and media circus that would have followed had the role of the victim and murderers been reversed. "

Now we all know what the courts will do about this crime, some left wing white lawyer scumbag will usually claim that Billy said something 'racist' to the killers and that they then decided to stab him to death for it.

We all know that is total bullshit, as the lawyers know that just by mentioning the word 'racism' the jury will go into a funk and the Judge will give them a slap on the wrist insterad of proper punishment.

Its the same old story told a hundred times year across the whole country. Its just another aspect of the race relations industry.

Whites dont count, only ethnics do.

We in the BNP though believe that in cases such as this, where the courts will undoubtedly refuse to classify this as a racist crime because it is a dead white young man rather than a dead ethnic, then we will create and undertake a Criminal Cases Review of such cases. If OUR judges find that the cases were not prosecuted as racist crimes or judgements given in line with them being racist crimes, then we will review the case and if required impose the punishment that was due in the first place ; 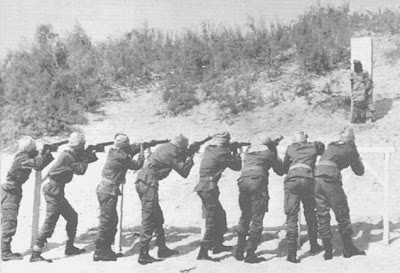 Posted by Defender of Liberty at 07:20

This is what the BBC said about the murders of black teenager Anthony Walker and white man Richard Whelan, which happened at about the same time.

You are supposed to believe that if Anthony Walker's killers had not shouted racial abuse at him, his murder would not have been deemed 'racist.'

I know of no actual 'racist' comments that have been recorded as having been spoken at the exact time of Stephen Lawrence's murder by his killers (still unidentified, I understand) but this crime is still said to be 'racist' by the MSM.