Nothing British About the BNP = Employing Tory Nonces 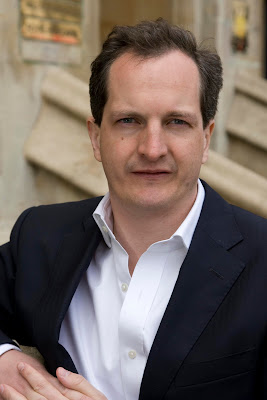 Image - " Oh hi, I'm James, but you can call me The Baron ". James Bethell, tory toff and co-owner of the Nothing British About the BNP blog, works with Tim Montgomery who employed the paedophile Alistair Cooling as a writer on Conservativehome website. I dont whether Tim Montgomery paid him and frankly I couldnt give a shit, the fact is he was employed as a writer on the site. 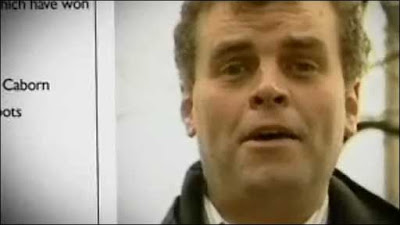 
P.S I see the Zionst weasel Edmund Standing has now commented on the article - please stop pretending to be a writer and a journalist edmund. Learning how to cut and paste articles from the internet using microsoft works aint 'writing ' or journalism you mug.

Check the links below ;

Alister_cooling Alister was recently on Castaway alongside Clare Hilley. Here he gives a very personal account of his political journey from a Labour-voting family in Leeds to an active member of Croydon CF.

Way back on May the 2nd 1997 I reached the age of 15. Something else equally as significant happened that day, something that would change the course of my life.

Tony Blair was appointed by the Queen as Prime Minister.

Before this I had little or no interaction with politics whatsoever, so with this being the first big political upheaval that I can remember experiencing, I sat down with my dad and asked him, what I thought, a straight forward question.

I asked him who he had voted for.

His response was one that shocked me. Not so much who he had voted for but his reasoning.

He gave me the answer of ‘Labour’, to which I asked ‘why’?

He looked at me quizzically then decided to be honest.

I’ll never forget the words and tone he used.

“Because everyone else is”.

For years I had been told by my father to be an individual, be who I am and don’t let anyone tell me to change and here he was going with the ‘pack’.

I was, as you can imagine, quite shocked. I had to know his reasoning for this.

Had he said that he had always been a Labour voter, or that he didn’t know who else to vote for, it would have been OK, but this annoyed me.

After that, I could not sit by and not understand politics. I didn’t know if I believed in Labour, the Conservatives or even the Monster Raving loony Party, I just knew I couldn’t not know.

So I spent the next couple of weeks researching who I was. I wanted to know that by the next Election I would be able to vote for something I believe in, something that I thought would be best for myself, my friends, my family and ultimately the country I love.

It happened that I believed more in the Conservative Party than any other. Don’t get me wrong, it wasn’t a perfect match, still isn’t, but my ideals tallied more so it seemed that I had no choice.

My choice was made, so all I had to do was say with pride who I was.

Seacroft, the part of Leeds I’m from, as great a place as it is, has been Labour for a LONG time(and for a while to come I wouldn’t wonder) so when a 15 year old had these views, well mocking is not quite the word for the torrent of abuse I got from people.

I had to constantly defend my beliefs. That wasn’t so bad, I kind of expected it, and the thing was I felt so alone. I didn’t know any other members of the conservative party.

I swear, it was really weird, almost like those stories where people have to pretend to be something they’re not.

If I was telling people I was a Gay Alien from Omicron Persei 8, then fair enough, but these were simple political beliefs.

Who would have believed such a stigma associated with a political party?

Again, I didn’t mind, I wore my blue everywhere I went and wasn’t afraid to tell people where I felt they were wrong (or right – but that rarely happened).

After some time, I went on to University. Sadly, I was so busy doing a full time course, a full time job AND a part time job to make enough money to survive (thanks to some brilliant work on student tuition fees) as well as extra curricular stuff to benefit my chosen degree, I had no time to look into any student Conservative societies.

The real world was my next step.

University ended. Things were looking decidedly rosy, I had graduated top of my class, I had a string of awards from the extra curricular and I was even engaged to an exotically beautiful woman. I had life dreams that actually included some form of political career, something in local council maybe, until something happened to stop that.

My fiancé died. I do not write this for sympathy, I write it because of the effect it had on me.

I lost the woman I loved to a guy who had too much to drink and he was given a suspended sentence.

I have been ale to forgive the guy, but it still upset me that he broke a law, took a life and was able to walk free.

This sent me into a pit. I lost sight of everything that meant anything to me.

Well the point of this is after everything I went through, it would be a physical journey of 20,000+ miles at the beginning of this year (2007) that would allow me to be back to the ‘old me’ and be able to embrace the political side of life of a party I love. I became an original member of a silly TV show called Castaway. You may have heard of it, in fact one of these blogs was written by someone I met there.

I was faced with someone who believed a lot of what I believed, but she had something different.

I could not believe it, I was unbelievably happy to meet someone with my ideals and having so much positivity about it.

I knew what I had to do; I had to become her friend.

I am pleased to say that after that show, I have remained firm friends with her, I joined South Croydon CF and even got elected to the post of ‘Membership Officer’ at a recent AGM. I have also met, through CF and Ms Hilley, a wealth of interesting and supportive people, people who have a shared interest yet come from all walks of life.

It amazes me how focused the group of people are and how important the CF is to people but I’m saddened too.

The CF is all new to me, but it is a great thing. I do believe it has a place in the political world, giving young people the ability to get them heard.

I have many things I wish to do, to help promote the CF, to get the young people that want their voices heard and luckily for me, I have the ear of the local chairman.

Matt, thank you for your kind words.
It has been an interesting Political Belief life that I trust won't be ending anytime soon.
I have recently started canvassing and that it a treat.
Reply August 30, 2007 at 12:26
G said...

Hope to meet you soon.

Alister, that was one of the most amazing articles on here that I have ever read. Your life story is a remarkable one and am delighted as I am sure other members of CF are that you are on the Conservative Party. All I can say that keep up the good work:)
Reply August 30, 2007 at 15:10
Nick Webb said...

Yes I know it's (un)reality TV but Castaway was a compelling and much under-rated series, better by far than Big Brother. I'm glad it had such a positive effect on your life. All the very best to you.
Reply August 30, 2007 at 21:17
Andy Strang said...

"Alister, that was one of the most amazing articles on here that I have ever read. Your life story is a remarkable one"

Nice to have Alister on board but I wouldn't say that this was an amazing article. Man goes to school, dad votes Labour, he prefers Conservatives, fiance dies, goes on tv show, joins the tory party. Its not quite war and peace...

Why is being outed as a paedophile of such concern to so many Jews, I wonder?
Is Janner among this lot somewhere?
Is that fear in Timmy's eyes?

Find out soon when I publish the results of my research into this nest of perverts and thieves and their links to the Cameron clan.

Bethnell has put himself up for the duck house MP seat.

The baron will soon be an MP, just what we need - another Tory toff subversive!