Zionist War With Iran - US FOLLY 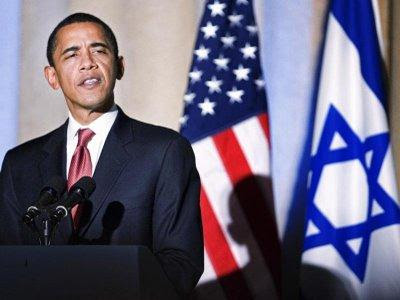 A very strange thing must have happened to Admiral Michael Mullen, Chairman of the US JointAdmiral Mike Mullen Chiefs of Staff (JCS), on his way to his recent talk at Washington's National Press Club. He oddly asserted that Iran was indeed an "existential threat" to Israel (nice of the Israelis to have provided that sound bite), that he was open to a US attack on Iran (which is no threat whatsoever to the US) to forestall that supposed danger to Israel, and that the attack "would also be incredibly destabilizing."

In reality, only the anticipation of potentially catastrophic consequences is accurate. Regardless of what Arab governments do, the Arab street may explode. Iraq -- whose population, police and armed forces are largely Shi'a, and which now has good ties with Shi'a Iran -- could easily turn on the Americans in their midst, with gruesome consequences. Oil prices would skyrocket. And that is just for openers.

As for "existential threats," Israel certainly knows something about them, because that is precisely what Israel itself poses to Palestinians. But the idea that an Iran which might someday acquire a handful of crude nuclear weapons would somehow threaten the existence of Israel with its massive nuclear arsenal and American-designed air force surpasses lunacy. The Israelis know this. What they want is for the US to remove their only surviving competitor in the region at America's own expense.

Moreover, Iran has not gone to war against its neighbors in modern times (Iraq invaded it in 1980). But Israel and the US between them have gone to war and invaded other states on a variety of pretexts more than the rest of the world combined, since the end of the Second World War. Civil wars have been commonplace, but not international wars and cross-border interventions, which are visibly Israeli and American specialties.

The Face of Leadership?

Now, the fact that the good admiral sees nothing wrong with the US going to war in the service of another country's interests is bad enough. But that he would do so knowing that a disaster of some sort could ensue defies belief. It is the equivalent of the captain of the SS Titanic being forewarned of an iceberg dead ahead, yet ordering the helmsman to hold his course and the engine room to increase the ship's speed.

I hope Mullen was simply parroting the script given him by the Pentagon's political leadership, which would be yet another strike against perpetuating civilian "amateur hour" in the national security process, just to keep the grave-diggers at America's military cemeteries gainfully employed. It would be more than painful to think he actually believed such nonsense, or lacked the character to refute it when he heard it.

We have been there before. One of the most compelling memories I have from the Vietnam War is the awareness (after the fact, I confess) of the abysmal arrogance and ignorance of most of the civilian so-called "leadership" in the Pentagon, compounded by the fact that not a single ranking general or admiral resigned in protest over what they knew in their professional hearts, minds and souls to be appallingly self-destructive and futile policies imposed on them by those superiors, and the President himself.

Beyond Arrogance and Ambition

A US attack on Iran, alone (which Israel prefers) or in concert with Israel, would be the fourth misery in this decade directly attributable to assorted Israeli agencies, politicians and policies: the 9/11 attacks that set the whole train in motion, the wars in Afghanistan and Iraq, and now potentially Iran. With "friends" like Israel, the US will certainly not lack enemies.

Nothing much can be expected from the US Congress in forestalling a war with Iran, and that is no surprise. As Israel's cheerleader and apologist, bought or blackmailed (or both), it is doing its legislative best to force a needless confrontation and lay the groundwork for an unnecessary and destructive war. Congress is simply a key part of the problem.

Nothing much can be expected from the White House either, which is more disappointing. Perhaps President Obama merely lacks courage. Perhaps he has no convictions, and his words in Cairo were as empty as his reservoir of courage. Or perhaps Rahm Emanuel and company have such influence over him that he cannot stand against them. He is simply not part of the solution.

Then there is the professional military, especially the flag officers on the JCS. They have the potential to make a difference, setting them above their Vietnam-era predecessors. A concerted public statement by the JCS that an Israeli-inspired US war with Iran is not in America's interest, and that they oppose a decision that would take America into yet another costly and destructive war, would expose this particular exercise beyond any ability of the mainstream media to suppress it.

It could also cost them their careers, especially if it averted this contrived war. And I understand the significance of that, having once taken a stand at a much lesser level and lost almost everything. I am also sensitive to the concept of obedience to authority embedded in our military.

But obedience does not entail subservience, especially subservience to the dictates of a foreign country and its American lobby. The precepts of "Duty, Honor, Country" ought to be paramount, and the flag of the country they are sworn to serve does not -- at least not yet -- include a Star of David.

If they understand this, and understand in their hearts and their minds that "America's Zionist Wars" are antithetical to those precepts and to the welfare of the American people, then they will take a public stand and help derail this train. Otherwise the next decade will make this one look remarkably good.

*Alan Sabrosky (Ph.D, University of Michigan) is a ten-year US Marine Corps veteran and a graduate of the US Army War College.