The BNP and the Creative Economy 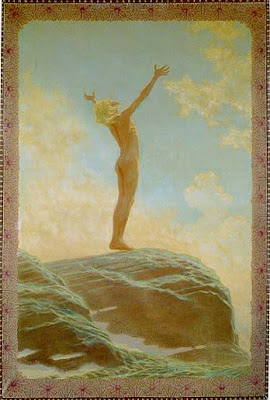 The BNP and the Creative Economy

A recent report by the New Economics Foundation called ‘A Bit Rich’ offers the BNP a valuable template for the social model we wish to create once we get into government.

The report rated the value produced by different jobs based on how much they help or hinder society through the social, economic and environmental effects of the work, rather than simply the amount of money they earned for themselves.

In effect the report states that the existing social model which classifies the value of work is based on false assumptions. The idea of the Social Value of Work has been minimised in favour of the ideological worth of certain jobs. Whilst the Minimum Wage has been imposed to ensure a subsistence level of existence for most workers, there has been no Maximum Wage cap on those jobs who produce little or no value for our society.

For decades the prevailing orthodoxy, and one wholeheartedly embraced by Tony Blair, Gordon Brown and New Labour, was Thatcherite Economic Neo-Liberalism predicated upon the supremacy of the free market, the validity of Trickledown Theory (where the rich getting richer benefit’s the poor), the globalisation of national markets and the free movement of capital and workers.

Thatcherism stripped away the British national manufacturing base, which produced goods that could be sold, and replaced it with the banking and services industry which did not produce wealth for the benefit of the mass of the British people.

Since Thatcher and during the Blair / Brown years poverty has increased as has the gap between the rich and the poor, resulting in a society where the bankers get paid billions in government welfare cheques but the poor have their welfare benefits and public services cut.

Over the past decade the ratio between the average rate of pay for chief executives and the average earnings of employees has risen from 47:1 to 128:1. Executive pay has risen by 295 per cent in this period, compared with a rise of 44 per cent for employees.

Whilst British workers, who undertake the productive labour have been denied a fair share of the profits on their labour, the executives who manage the workers have benefited directly from the success of their workers. This is no way to run a company nor a national economy. In order for society to benefit from increases in economic production then the workers must benefit from the products of their labour as well as the bosses.

The wealth that is generated must be shared and Trickledown Theory and the Neo-Liberal Free Market Theory have both failed to do that.

A British Nationalist government will use the power of the State to enact legislation that directly benefits British workers. The Cameron Conservatives on the other hand want to continue the ’withering away of the State’ and transform our society into a ‘Charityocracy’ where tax payers money is used to fund charities who then build new workhouses and charity housing for people to go to and beg from when they are in trouble. We as British Nationalists find this idea repugnant.

The role of the British state in the 21st century is to claim back the powers that have been devolved to supra-national bodies such as the EU and WTO and to start to pass new laws that are targeted and designed to benefit British workers directly.

It has been the surrender of the powers of the British state to globalism, corporations and supra-national bodies that has caused the economic and social crisis we are gripped by today, and the only answer to this crisis is to re-empower the British state to work once again in the interests of Britain, British companies and the British people.

Under Thatcherism and Blairism the economic system has been predicated upon falsehoods in relation to the value of different types of work. For instance banking. In the banking system a massive amount of wealth is earned by a tiny amount of people eg in bonuses but the actual productive value of the work of a banker is actually negative. The research for the New Economic Foundation reveals that for bankers who earn between half a million pounds a year and ten million pounds a year for every £1 in value they produce they actually consume and destroy £7.

Advertising executives who earn between £50,000 and twelve million pounds per year destroy £11.50 worth of value for every pound they create.

Compare this to child care workers who earn between £10,000 and £13,000 per year who produce between £7 and £9.50 for every pound they earn. The value of a child care worker is that they free up other people to go to work and produce value for the national economy.

Hospital cleaners who earn £6.20 per hour produce in value £10 for every pound they earn. The value of a hospital cleaner is that they prevent infections in hospital which add to the expenses of treatment for patients and prevent patients falling ill with infections and thereby allow them to return to work quickly and produce wealth and value for the national economy.

Waste recycling workers who earn £6.10 per hour produce in real value £12 for every pound they earn. The value of a recycling worker is that they reduce waste, assist in protecting resources and create real value out of what would otherwise be waste.

The whole theory of Trickledown Economics was false and as a result of successive British governments embracing this dysfunctional system of free market economics, this has created the economic crisis we see today, increasing levels of poverty, waste, inefficiency and damage to the British national economy.

Whilst successive governments have indulged in endless social engineering attempts in relation to race and religion in order to assist ethnic minority groups integrate into British society, those same governments have remained utterly silent and impassive on enacting legislation to assist British workers in obtaining economic fairness and justice in their own country.

The report from the New Economic Foundation calls for a high pay commission to recommend a maximum national pay differential and the introduction of a transaction tax to reduce high risk and unsustainable trading. These of course are just a start.

What we must do is create what I define as a ’Creative Economy’ as opposed to the ‘Destructive Economy’ we have now.

The Destructive Economy is predicated on a society which rewards those jobs that create the most societal, environmental, cultural and economic damage and that also rewards those individuals and corporations who generate profits at the expense of society and the environment.

The Creative Economy is one that rewards those jobs that produce the most social, economic, cultural and environmental benefits for the British nation and British people and that assists in creating a sustainable economy and environment.

For instance we would use a High Pay Commission to establish wage level and bonus limits on bankers and at the same time increase wages for workers such as hospital cleaners in the NHS.

We would also include in our calculations the issue of the promotion of British Culture as an aspect for the British National Economy and encourage the formation of groups, jobs and individuals who promote British culture, for instance a travelling actors group who perform the plays of Shakespeare and Chaucer at schools.

We would reward all those productive jobs in the British National Economy that produces actual commodities and goods, such as increasing the wages of agricultural workers, at the same time as taxing imports of agricultural goods, in order to create a national agricultural system that supplies our own national needs rather than the present system of airlifting in runner beans from Kenya.

Jobs that produce value, such as workers in factories, would gain higher wages whilst those that destroy wealth would have their wages cut.

The opportunity this new system of calculating value in relation to society, environment, culture and economics allows us to establish a whole new social model for British society that will ultimately reward the most productive sectors of British society.

It is the foundation for a truly British Nationalist Revolution.

If all the 3rd worlders left, the wages would rise to where they should be.

There is an agricultural policy that causes a significant and immediate rise in food production.

Some years ago, the US State of Texas created an additional property tax band for landowners whose land produced food for humans or animals. They assess the land being farmed or ranched at 10% of market value, resulting in huge property tax savings for the landowner.

Thus, there was an immediate shortage of 'farmers', and these landowners rapidly began to 'give away' for free the use of their land for anyone willing to ag it.

A simple change in prop tax valuations gave the rich people sufficient incentive to join with the poor people to ag together for their common benefit.