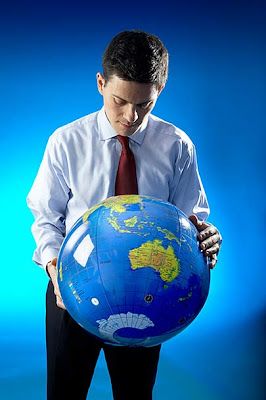 The grandson of a racist Jewish Marxist terrorist who spent mush of his life organising the genocidal murder of non-Jews, and non-Communist Jews, during and after the Russian Revolution in the name of Marxism, this vile little shit acts like a typical Leninist.

You will note the reference to the 'Zionist Jew Milliband'.

This is because whenever some slimy political turd like Milliband has used their ethnicity to elicit the cringing 'White Guilt Holocaust Reflex' during any time in their political career for their own political advantage, or to solicite support from the Zionist Network in the UK or any other ethnic / political lobby group, then I will throw their use of the Race Card straight back in their face when the time comes to do so.

Those that play the Race Card for their own advantage, should not whimper and whine when it is thrown back in their face when they abuse their powers.

A similar thing was done a few weeks ago by John Bercow, another Zionist Jew, who used his position as speaker in the House of Commons to attack the BNP.

Yet again he threw his Jewishness, not his Britishness note, as an issue into the debate.

It appears that Bercow regards his ethnicity as a legitimate factor in relation to his political beliefs, but that non-Jewish Indigenous British Whites (but not Non-white British people of course) must only operate in the political process only in order to disadvantage, dispossess and damage their own ethnic community.

If we act like Bercow or Milliband and seek to act politically in the name of, or to benefit our community as they do, then we are defined as racists.

In this case Milliband abused his powers to attack the BNP because he is a Zionist Jew with a chip on his shoulder about his great grandfather being a Jewish Marxist terrorist.

For political Jews like Milliband and Bercow, their Jewishness defines their politics - and this is regarded as legitimate for them.

The example set by such Zionist Jews will be remembered by us.

The principle that ethnicity is able to be used in order to formulate political policy, and abuse peoples rights, is one that has been set by Zionist Jews such as Milliband and Bercow.

Such examples will be remembered and regarded as legitimate manifestations of politics as a result of the actions of Zionist Jews like Milliband and Bercow.

By Jason Lewis, Mail on Sunday Security Editor
Last updated at 3:17 AM on 13th December 2009

A letter, entitled ‘Handling Extremist MEPs’ and marked ‘Restricted’, was circulated to the heads of Britain’s European embassies after the pair were elected to the European Parliament in June.

Written by Matthew Rycroft, the UK’s top European Union diplomat, it says far-Right MEPs, like other British members of the European Parliament, can be sent ‘factual written briefings’ on policy issues but nothing else.

British MEPs from mainstream parties can normally expect private briefings from officials and to be offered the chance to meet diplomats and Ministers.

Mr Rycroft wrote: ‘FCO Ministers have decided that there should be
no other contact with MEPs of any nationality who represent racist or extremist views.’

The letter adds that other Government offices have also been advised to restrict help.
As a direct consequence of the policy – revealed after a Freedom of Information Act request – the BNP MEPs have not been invited to two Foreign Office receptions.

* Tony Blair admits: WMDs or not, I would have STILL invaded Iraq
* Speaker to sack official who failed to stop MPs expenses scandal

Last night, the Foreign Office said the letter was to remind diplomats of the ‘longstanding’ policy on those who represent racist views.

The disclosure follows the row over Mr Miliband’s attack on the Conservatives’ alliance with the Latvian Fatherland And Freedom Party and one of its MEPs who, the Foreign Secretary said, had an ‘anti-Semitic, neo-Nazi past’.

But it also comes after Labour’s decision to abandon its policy of not sharing the same platform with the BNP – paving the way for Nick Griffin’s controversial appearance on Question Time with Justice Secretary Jack Straw.


Even by his own very high standards, this is John Laughland on glorious form:

Perhaps the most revealing remark made during the crisis over South Ossetia was that by the British Foreign Secretary, David Miliband, who attacked Russia in very strong terms for having reverted to “a 19th century approach to politics”.

Milliband’s hatred of Russia is built into his political DNA. His grandfather, Samuel Miliband, was a Warsaw-born Communist who famously fought in the Red Army but who then left the Soviet Union for Belgium when Stalin became top dog in Moscow. As a lifelong Trotskyite and supporter of world revolution, Miliband was disgusted by Stalin’s decision to create socialism in one country alone and by his de facto restoration of Great Russian nationalism.

Samuel’s son, Ralph, the Foreign Secretary’s father (born in Brussels), became a noted Marxist political scientist. His son David’s embrace now of the neo-conservative project of creating a unipolar world based on American power and the ideology of human rights is therefore a typical illustration of something of which I have written on many occasions in the past, namely the way in which true Marxists find their natural political home in the project of “global democratic revolution” proselytised by George W. Bush.

Indeed, the Foreign Secretary’s remark about Russia reveals more about the speaker than about the matter in hand. Of course the remark is notable for its hypocrisy. Miliband, after all, is a member of a government which has invaded two countries which have in the past been classic destinations for the British troops in the heyday of Empire, Afghanistan and Iraq, and which has also energetically pursued the extension of Western influence into another part of the world famous for being the focus of Great Power rivalry in the 19th century, the Balkans.

But the remark is mainly notable for the mindset it reveals. From Miliband’s point of view, Western policy over the last fifteen years has not been a matter of brute force. The invasions of Iraq and Afghanistan and the bombing attack on Yugoslavia have not been military invasions, but instead selfless acts inspired by a desire to promote democracy and human rights, and therefore not even political acts in the classic sense of that term. Instead, they are (he believes) acts carried out in the service of humanity, acts which no reasonable person could oppose. Anyone who does oppose them is probably an enemy of humanity itself.

By contrast, continues his reasoning, Russia’s decision to protect South Ossetia from the Georgian attack on the night of 8 August is a cynical exercise of brute force designed solely to extend Russian power into the Caucasus. Indeed, although Moscow actually did react to human rights abuses and war crimes committed by the Georgians when they attacked Tskinvali, the language coming out of the Russian capital has tended to focus more on the country’s national interests and security, and less on appeals to universal principles of human rights. This is what Miliband cannot stand. When George W. Bush gave the order to invade Iraq, by contrast, there was of course a certain amount of talk about America’s need to protect herself from external attack (a threat which was purely invented). But the centre of gravity of the American arguments in favour of that war lay in universalist and unpolitical claims about democratising the Middle East and advancing the global democratic revolution.

The great and controversial German jurist, Carl Schmitt, famous adopted Proudhon’s dictum that “Whoever speaks about humanity is trying to deceive.” It’s a good one-liner but the remark is incorrect. Precisely the danger of the Miliband-Bush vision of politics is that it is not based on a conscious desire to deceive others but instead on self-deception – on a genuine belief in the rightness of the universalist and almost Messianic mission which they embrace. Like the liberal imperialists of the, er, 19th century, these people do really believe that what they are doing is selfless and essentially non-political.

Following the collapse of the Soviet Union – an artificial political creation based on a negation of Russian history and reality, on bogus internationalism, and on an allegedly universalist political creed which was supposed to embrace the whole of humanity – Russian politicians have long since abandoned any pretence that their own country has any such universal vocation. When I met President Putin last September, he specifically said that Russia had suffered greatly from having adopted Lenin’s universalist creed of communism. (“Vladimir Ilyich Lenin-Ulyanov said at one point: Russia matters nothing to me; what matters is to achieve world socialist revolution.”)

Not so the United States and Britain. The neo-conservative project of creating a unipolar world based on human rights and democracy (embraced energetically on both the Left and the Right of the American political spectrum, as the recent nomination of Joe Biden as Barack Obama’s running-mate sadly emphasises) does require brute force to implement it. Developments like the “independence” of Kosovo grow only out of the barrel of a gun. But the project is supported in London and Washington by people who have utterly deluded themselves about its truly political nature.

It is because the West still deceives itself on this matter, and because post-Soviet Russia no longer does, that East-West relations are a dialogue of the deaf. Both sides are speaking a language the other does not want to hear. The Western vision, based on self-deceit, is extremely dangerous; the Russian vision of politics is far more realistic. It is to be hoped, therefore, that the reassertion of a Russian presence on the international stage will force the Milibands of this world, obviously against their will, to realise a basic fact about the human condition. It is that the world has been divided into different states ever since the collapse of the Tower of Babel, and that politics consists therefore not in fantastic projects to construct a new tower in its place, but instead in making the best job one can out of the bricks which remain.

Posted by Defender of Liberty at 01:15

Communists scum are all the same, spineless greedy Dictators who feed from the vulnerable.