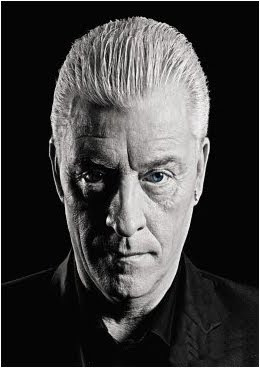 Image - Derek Acorah, the unnamed media contact in the article below - " Well I was channelling Michael Jackson this morning who was banging on about how much he missed Bubbles and sunday morning lay ins with pre-pubescent schoolboys when all of a sudden an SDL supporter got in contact with me via the aetheric realm. This guy then told me all about the BNP / SDL connection and so I rang the Sunday Herald and spoke to Alison Campie and told her all about it. Its all true I swear. "

The Sunday Herald, a newspaper set up by the Newsquest Corporation which was owned by Jerome Kohlberg an American Zionist Jew, has printed one of the most ridiculous stories in British journalism.

First lets take a look at the ownership of the Sunday Herald.

The Sunday Herald and related titles were sold instead to Newsquest (a Gannett company) in a £216 million ($414 million) deal. This was cleared by the UK Department of Trade and Industry in March 2003, partly because it was persuaded the papers would keep their editorial independence under Gannett's ownership and because of Gannett's creation of a new Scottish division to run the acquired papers from Glasgow. The DTI report said: "We do not expect the transfer adversely to affect the current editorial freedom, the current editorial stance, content or quality of the SMG titles, accurate presentation of news or freedom of expression." The deal completed on 5 April 2003.

In other words the Labour government allowed an American corporation to buy the paper only if it continued to support the Labour Party and remained its Scottish attack dog.

One wonders why it is EVER in the national interest to have non-British people EVER owning a British newspaper.

No doubt the story was channelled via Dereck Acorah, presumably after he finished talking to Michael Jackson.

Because of the superb journalism of Alison Campie, who quite helpfully for her does not give us the name of her 'deep throat' informant we cannot therefore confirm whether she pulled the story out of her arse, from reading tea leaves, via Dereck Acorah or from a member of the UAF who has infiltrated the SDL with the intent of feeding mug journalists like Campsie total bollocks in order to damage the SDL and the BNP.

And this is considered journalism in this sad, tawdry, pathetic country.

Get a real job Campsie you sad twat.

Despite party expulsion threat, some individuals have joined both camps

Links between the BNP and the right-wing Scottish Defence League can today be exposed by the Sunday Herald.

Both groups have publicly tried to distance themselves from each other, with the BNP claiming it would expel members found to be active in the Scottish Defence League (SDL) and its English counterpart, the EDL.

But one long-standing BNP member in Scotland told the Sunday Herald the party and the SDL shared many members and supporters, adding that the threat of expulsion was merely “a publicity thing” designed to placate the media. He said: “I am a member of the BNP and a supporter of the Scottish Defence League. A lot of the supporters are the same.”

On the threat of expulsion, he added: “That is a publicity thing. We both have the same views on radical Islam and we both don’t want Sharia law in Britain.

If the group was open and democratic it … wouldn’t operate in the way it does. The whole basis of the SDL is to create street terror”

“We created our group [the SDL] to support what was happening down south with the English Defence League. I couldn’t say that the SDL was set up by BNP activists, but I was one of the early ones to support it.”

The leagues are loosely organised groups which claim to campaign against Muslim extremism in the UK but are widely perceived to be racist organisations. This charge has been denied by the groups, as have suggestions that they are linked to the BNP.

Nick Griffin, leader of the British National Party, alleged the claim about the publicity stunt of the expulsion threat had been made by a “liar”.

He said: “I can imagine that there will be people with really no understanding of our position who support both organisations, but that would be an incredibly misguided position.”

He said that “not for one moment” did he believe a “genuine” BNP member would support the SDL or EDL.

“That is because they would be more aware of our position on these organisations. There are clear, sensible, mainstream political ways in which to make points about issues such as radical extremism rather than parading in the streets.

“We have very little in common with the EDL and the SDL. We understand their opposition to radical Islam … [But] there are simply no connections between [them and] the BNP. We wouldn’t want any.

“The EDL are doing something that we abandoned nearly 10 years ago. We don’t want to spend time stomping up the street making a nuisance of ourselves.”

When asked why it was so dangerous for the BNP to be linked to the SDL, Mr Griffin said: “These organisations are very provocative. One day they will spark an almighty riot and the Left will try and demonise us for that.”

Gary Raikes, national organiser of the BNP in Scotland, said yesterday that every party member in Scotland received a newsletter informing them that anyone found to have links with the SDL or to have attended any of their demonstrations would be expelled from the party.

The claim that the expulsion threat was a publicity stunt was dismissed as “preposterous” by the party’s national press spokesman, who questioned the authenticity of the member who made the allegation.

However, information gathered by David Miller, a professor of sociology at the University of Strathclyde and a co-founder of the campaigning website Spinwatch, alleges that at least three BNP members are also Defence League supporters. One is BNP Scotland member John Wilkinson. He leafleted on behalf of the party in the run-up to the European Elections, and is involved with running the SDL website.

SDL supporter Iain Brooks, from Glasgow, is also listed on a leaked BNP membership list. And Adam Lloyd, the BNP organiser for Bridgend in Wales, is another listed as an SDL supporter, according to Prof Miller. The Sunday Herald contacted all three via email.

The SDL protested in Glasgow last month, their demonstration tightly controlled by police. Officers stopped the SDL marching into the city centre. South of the Border, English Defence League marches have ended in arrests and violence.

The English Defence League was set up following Muslim extremist protests at the homecoming parade of the Royal Anglian Regiment troops in March this year, during which soldiers were branded the “Butchers of Basra” by a small number of demonstrators.

EDL members were then mobilised from within football hooligan groups – it is understood that football intelligence officers from Strathclyde Police have been used to pinpoint activists in Scotland.

Aamer Anwar, a high-profile lawyer who led the Scotland United anti-racism and anti-facism march last month, said that “he was not surprised at all” that the SDL was linked to the BNP

He claimed that the extremist group was simply creating a “street army” for the political party, which polled more than one million votes in this year’s European election, winning two MEP seats, and has 58 councillors.

Mr Anwar said: “The BNP denied they had links [to the EDL/SDL] because they were trying to win electoral respect. What they can’t get away from is that at the root of their politics is fascism and racism. It is the same scenario as Adolf Hitler and the Brownshirts. Hitler denounced them, but they were central to the organisation.

“The whole thing is trying to mould a street army from racists, football hooligans and groups such as Combat 18. If the group was open and democratic it … wouldn’t operate in the way that it does. The whole basis of the SDL is simply to create street terror.”

The Sunday Herald was unable to reach the Scottish Defence League yesterday. Supporters have consistently refused to identify themselves by name to the media.

The Scottish media are every bit as good at making up shit as the English papers. On the day of the "March" police invaded pubs in Glasgow which have Rangers or Loyalist support saying their "intelligence" found that those pubs would be a meeting point for SDL. Needless to say their "intelligence" was useless.