Why Dont These Bishops Fuck Off and Live in Afghanistan 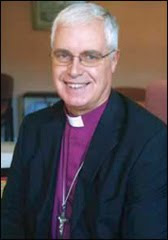 Image - " Oh hi ya, I'm stevey. Well I just want to say that the Taliban are great chaps. Anyone want to play a round of bowls ok yah "

The church of england is a fucking joke.

The 'church', in reality a shadow of itself which is becoming ever more a cult of marxists, lesbians, homosexuals and insipid liberals, bans the BNP from being a member but now wants British people, and British troops who have seen their friends die in IED explosions in Afghanistan, to 'respect the Taliban'.

Why dont these frock wearing freaks who adore the Taliban fuck off and live in Afghanistan.

Once they leave their palaces, plush ivory towers and palatial homes and have some experience of the real world, as opposed to talking bollocks about the real world, then they may wake up a bit.

No wonder people Christians as cranks when dickheads like this bloke run the Church.


Taliban should be praised for their faith and sense of loyalty, says British forces bishop

The Taliban should be admired for their conviction to their faith and their sense of loyalty to each other, the Church of England's Bishop to the Armed Forces claimed yesterday.

The Right Reverend Stephen Venner controversially called for Afghan insurgents to be recognised for their humanity in a bid to reach a peaceful solution to the war.

He argued against demonising them and said the attitude taken towards the Taliban had been too simplistic and too negative.
Taliban

Loyalty: The Right Reverend Stephen Venner claims the attitude taken towards Taliban fighters is too simplistic and they should be admired for their faith

And it is less than a week since the number of British servicemen killed in Afghanistan reached the 100 milestone.

'We’ve been too simplistic in our attitude towards the Taliban,' Dr Venner said.


'There’s a large number of things that the Taliban say and stand for which none of us in the west could approve, but simply to say therefore that everything they do is bad is not helping the situation because it’s not honest really.

'The Taliban can perhaps be admired for their conviction to their faith and their sense of loyalty to each other.'

The Taliban is known to be responsible for public beatings, amputations and executions and they have launched bomb attacks on the civilian population in Afghanistan.
troops

They are a radical Sunni Islamist insurgency movement which is fighting a guerilla war against the governments of Afghanistan, Pakistan and the NATO-led International Security Assistance Force.

Bishop Venner, 65, who retired as Bishop of Dover last month and was commissioned in his new role by Dr Rowan Williams, the Archbishop of Canterbury, agreed that some of the Taliban's methods were unacceptable but said it was unhelpful to consider them all to be evil.

'We must remember that there are a lot of people who are under their influence for a whole range of reasons, and we simply can’t lump all of those together,' he said.
Archbishop

Bishop Venner was commissioned in his role by Dr Rowan Williams, pictured

'To blanket them all as evil and paint them as black is not helpful in a very complex situation.'

And he called on all sides, including the Taliban, to be involved in finding a solution.

'Afghanistan is going, we hope in the end, to find a way to live together with justice and prosperity for all. In order to do that we have to involve all the people of Afghanistan to find it," Dr Venner said.

'It is that lasting and just peace that will in the end justify the sacrifices our servicemen and women have made.'

Bishop Venner also said the Government has a 'moral duty' to ensure that the army is properly equipped.

But Colonel Richard Kemp, a former commanding officer in Afghanistan, said the bishop was being naive.

'We clearly need to understand our enemy but that is more of a military issue rather than a religious one,' he said.

'There are elements in the Taliban who do not act from a religious perspective and it is important to understand and turn them around.

'But there are many others who will not be persuaded. Their central creed and ethos is about violent oppression which comes from a politics of extreme religion that has very little to commend it in terms that we would recognise or appreciate.'

Earlier this year the Mayor of Doncaster, Peter Davies, said British society could learn from Taliban family values. He said that under the Taliban, Afghanistan had an 'ordered system of family life'.

Posted by Defender of Liberty at 00:28

beg to differ with you there. The Taliban are fighting for their own people against a foreign invador. Yes they are backed by a primitive ideology and belief system but Islam is about as logical to the rational human mind as the Bible! The British army in Afghanistan are on the other hand there merely as mercenaries fighting for the US corporate state and zionism.

1) Some of the Afghans, not the Taliban as the Taliban are Islamists including Pakistanis and muslims from around the world, are Nationalists and fighting for their country - these people are fighting what they see as occupation.

2) The Taliban are not nationalists as they are Islamists who want the global caliphate and the end to nations under the dominion of Islam.

3) you are correct about Islam and the irrationality etc

4) The British Army are not mercenaries - mercenaries are PAID to fight whilst British troops are ORDERED to fight - a mercenary has a choice as they can either sign the contract and agree to fight or refuse to fight as they wish. British soldiers do not have a choice, if they refuse they are arrested and prosecuted and imprisoned.

British soldiers by the very fact they serve the crown and give an oath to obey the crown cannot EVER be mercenaries.

A mercenary always has a choice to either fight or refuse to fight as they merely have a contractual relationship and can only be sued in a civil court if the breach the contract - whilst soldiers go to prison.

British soldiers do not have the choice and have to obey their orders.

You need to remember that distinction between a SOLDIER and a MERCENARY in future.

ya dont want to respect or 'love' the Taliban

"British soldiers do not have the choice and have to obey their orders."

Precisely the reason why the WormTongue seeks anonymous proxy control of the military via the levers of the state with his whispering flaterous duplicity.

Don't use bad language, it does your cause no good.

There may be children who come to this blog, i wouldn't want mine coming with this bad language.

As an American who knows full well that 9-11 was an occult, Talmudic Mossad/CIA ( Zionists here did the "heavy lifting" ) also knows that we have no right to be there..Pat Tilman was shot 3x in the face bc he was about to say the same. It's all about controlling Central asia, pipelines to the Caspian, controlling all that opium$$, etc...Yeah, people fighting invaders probably are more honorable than clueless adventurers.

Sorry for the broken syntax.."9/11 was a Mossad/CIA operation." I type too fast, but I guess there are bigger problems out there..Check out www.thetruthseeker.co.uk.com