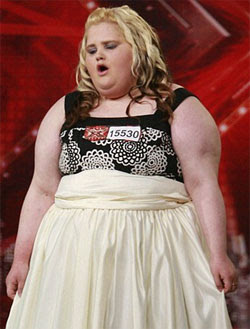 According to the idiot white liberals weeping and wailing all over the media for a dead Muslim heroin smuggler caught with 4 pounds of Heroin the following video he made where he sings a shit song was proof he was bonkers ;


Well if this guy was bonkers because he thought he could sing and would be a star, then most of the dozy muppets on the X Factor are also all bonkers as they also cannot sing and also really think they will be stars.

In fact most of the teenagers who think they can rap / sing / dance etc etc are all delusional idiots and therefore should never be held accountable for their own actions according to the liberals definition of 'bonkers'.

What a load of liberal bollocks.

Today the world has one less heroin smuggler.

Now lets start hanging all the ones in British prisons.

In the not too distant future, in a courtroom.

Lawyer: "Your honour my client cannot possibly be put to death"

Judge: "Oh, and why would that be? I find no reason why he should be spared the punishment fitting the crime for which he has been found guilty"

Lawyer: "Your honour, these tapes have just come to light, I would request you review them"

Judge: "And what exactly do these 'tapes' show?"

Lawyer: "It is my client at a Christmas party in 1981 singing The Land of Make Believe by Bucks Fizz - my client still maintains this is his favourite song and he believes this song to be the announcement of a new golden age upon the Earth"

Judge: "If these tapes do indeed contain what you say then you are quite correct, he is clearly insane and must therefore be released immediately without charge"

Thus the precedent was set which enabled many criminals to go free using the so-called "crap eighties song defence".

They certainly seemed to be clutching at straws, but they made a big mistake, China is not a liberal, do-gooding country far from it, so their pleas fell on deaf ears..Donna