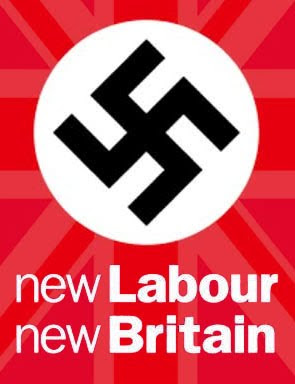 The New Labour Fascist State is born - indigenous British whites are now second class citizens in our own country.

Backing: Harriet Harman has pushed the equality bill through the Common

White job applicants could be overlooked because of the colour of their skin under proposed equality laws, the Tories warned yesterday.

They said unclear wording in Harriet Harman's Equality Bill could lead employers to start discriminating in favour of minority candidates - rather than hiring on merit.

The Bill will make it legal for employers to choose a black or female candidate above a white man, as long as they have the same qualifications.

It is designed to thrust more women and minority applicants into senior posts.

But business leaders say the equality minister's Bill risks introducing positive discrimination - and would mean jobseekers are hired 'because of who they are, rather than what they can do'.

Mr Penrose told the Commons yesterday that the wording of the Bill - 'as qualified as' - should be rephrased to 'equally qualified'.

He argued that the words 'as qualified' would mean that a black or female candidate could be discriminated in favour of.

During report stage debate on the Bill, he said: 'We are worried that it might mean that you might have two candidates who are both adequately qualified - they clear a certain threshold required for that particular role.'

But, he added, the better candidate may not be given the job because the employer 'will be perfectly within their rights' to favour a less well qualified applicant who has passed the threshold and is from an ethnic minority.

'And that seems to us to breach this important distinction between positive action - giving people a hand in preparation - and positive discrimination which is allowing the decision on who is offered the job to be made on any other grounds other than strictly and purely merit,' he said.

Posted by Defender of Liberty at 06:36