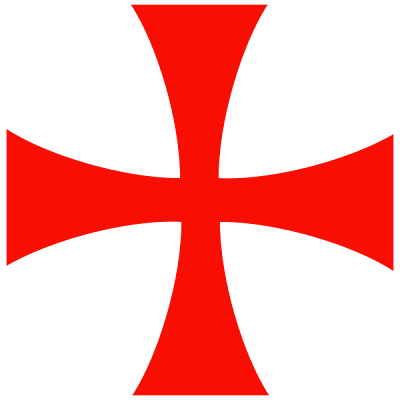 To read this article in full you must have registered and have a Premium Content Subscription with the Scotland On Sunday site.
Subscribe
Registered Article !

« Previous
« Previous
Next »
Next »
View Gallery
Published Date: 06 December 2009
By Tim Cornwell
BANNOCKBURN has long been heralded as Scotland's finest victory over the Auld Enemy.
The battle has been celebrated in verse and song ever since Robert the Bruce defied the odds to send King Edward II's army "hameward tae think again" in 1314.

However, a historian now claims the credit lies not with the Scots but with a band of T
ADVERTISEMENT
emplar knights from overseas.

Robert Ferguson, an American lawyer, says a new "statistical analysis" shows that a significant number of Templars arrived in Scotland from other parts of Europe and that they tipped the balance in Bruce's favour.

The King of France ordered the arrest of any Templars in his country in 1307 – seven years before Bannockburn – and Pope Clement later ordered all European monarchs to follow suit.

Ferguson claims, citing a statistician he hired for his research, that at least 29 battle-hardened knights and sergeants would have ended up in Scotland, based on 335 avoiding capture, and that they influenced Bruce's tactics. And he argues that the real figure could even be as high as 48.

He said Bruce progressed with unusual speed from small encounters with the English to a full-blown battle at Bannockburn with properly armed men.

Ferguson says he has built up a convincing case from the circumstantial evidence that is available.

"Given the battle plan that is commonly accepted for Bannockburn, I believe that the Templars were necessary," he said.

"The existence of Templars at Bannockburn follows a consistent line of facts.

"There is now good evidence that a number of Templars, if not most of them, were aware that they were going to be arrested, and they escaped. There's only two places they really could escape to, Portugal and Scotland."

Ferguson's new claims are made in his book The Knights Templar And Scotland, which will be published in the new year by The History Press.

Ferguson is a Californian attorney, a former professor of astronomy, and a former vice-president of his local Clan Ferguson Society. His book comes with an endorsement from Raymond Morris, laird of 14th century Balgonie Castle in Fife, who claims to be the "Grand Prior of the Scots" Templars.

"Every Templar should read it," said Morris.

There are several Templar groups in modern Scotland.

"I've got about 150 people in America of Scots ancestry," said Morris.

But Ferguson's claims were met with scorn yesterday by historian Helen Nicholson, who teaches medieval warfare at Cardiff University and is an expert on the Templars.

It has been claimed before that Templars took part in the battle, and Nicholson said Ferguson's theories drew on discredited Victorian historical fantasies.

Nicholson said the idea was "hardly more credible" than old claims that the kingdom of Scotland was founded by the Egyptian princess Scota, and that Ferguson's theories reheated an old slur on Bruce's achievements.

"The myth is being used to show that Robert the Bruce was a weak man who couldn't win his own battles, rather than the inspirational military leader that he was," she said.

"I think that the Scots should be fighting this myth."

Nicholson, author of The Knights Templar On Trial, bluntly said claims of Templars fighting at Bannockburn in 1314 were "rubbish".

"There are no records of any French-speaking knights appearing in Scotland in the early decades of the 14th century in a country where French speakers would certainly be noticed." she said.

"The story has an unpleasant result for the Scots, because it makes out that Robert Bruce was incapable of defeating the 'all-powerful' English, without the help of foreigners."

The Templars' main fighting force was wiped out at the Fall of Acre in 1291, she said. By 1307, any left with fighting skills would have been in Cyprus.

"Bruce's battle plan at Bannockburn would have followed best contemporary practice which, as the Templars also did the same, would have meant that there were some elements in common. This does not mean that Bruce had actually met any Templars."

The Templars rose to prominence as knights of the Crusades, guarding revered sites and castles in the Holy Land.

But on Friday, 13 October, 1307, King Philip IV of France, heavily in debt to the order, ordered the arrest of its Grand Master, Jacques de Molay, and other French Templars. Many confessed to numerous sins under torture, and Pope Clement made his order the following year.

The writer Dan Brown drew heavily on Templar stories in his 2003 novel The Da Vinci Code, which was later made into a film, claiming that the order built Rosslyn Chapel, near Edinburgh, and guarded many secrets there with their lives.

Posted by Defender of Liberty at 06:44

The Templar's had a professional naval fleet, and it's fate has never been resolved as none of their ships were ever recovered after their proscription. Almost the only place they could have found safe haven was in western Scotland - which was at that time under the control of Robert the Bruce. This theory is explored in the Temple and the Lodge by Michael Baigent and Richard Leigh. And they state that the escaping the fleet landed in Argyll, helped in the battle of Bannockburn and then they continued to live in Scotland. Moreover all the Scots Templars avoided arrest, save for two who were in fact English and they were later acquitted. There is a lot more information in the aforementioned book, but some other interesting points are that the Scots Guard which was founded in 1425 and sworn to protect the French monarch was is believed to have been a Templarist organisation. Also one family who served in the Scots Guard was the Sinclair family - who built Rosslyn Chapel (Templars are also connected with the construction of the chapel). And of course then this leads onto the origins of Free Masonry and the "Ancient and Accepted Scottish Rite").

Never mind all this making excuses about a secret templar Army, let's just admit it, the Scots thrashed us fair and square.