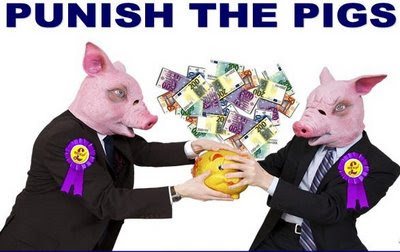 So UKIP have now announced their policy on immigration which is that they will allow at least another 9 million more immigrants into the UK.

UKIP support the UK having a population of 70 million ;

The country simply can’t cope with these numbers, requiring the equivalent of seven new cities the size of Birmingham over the next 25 years.

Kiss goodbye to the countryside.

We will be swamped.

Now we know what UKIP really want - which is assist in the removal and displacement of the indigenous British people by immigrants.

Posted by Defender of Liberty at 06:52

yes ''ukip'' are just an extension of the old gang parties...

Could the new ukip leader be a state mole?

he seems to be doing all he can to confuse the party!

it is a party chasing its own tail.

as for the bnp it is time for them to broaden their public image.
being so narrow in the publics view is not enough.

there is now enough anti nationalism destructive to this country to sink its teeeth into, to open the party view while appearing more current and relevant with the public.

Trouble is a statement like this will fool about 5 million voters, OH Great, UKIP are tackling immigration.
Lord Pearson recently offered to Disband UKIP if the Conservatives would offer a Referendum ( Which is Pointless, surrendering Sovereignty is as unlawfull as Murder, so a Referndum would be like holding a referndum on whether to make Murder lawful, it can't be done, it's meaningless.

SO Pearson sees the main issue as a Referendum, NOT Getting out of the EU.

And not even immigration nor coining our own money, Just securing a pointless referendum.

Does he not know that the EU Decides our immigration, not Cameron or Brown.

Secret Plot to let in another 50 Million

Add Turkey to that 50 Million, add in the Birthrates and unless things change soon we are F'cked.

The EU wants Dumbed down slaves for their Soviet style Gulag, hence the mass importation, these people have only ever known serfdom and dictatorships, they wont care about 'liberty' a Soviet Style EU will be Freedom to them.

They will be greatfull, we are being replaced because we know what freedom is and will never relinquish it.

is that the same ukip who slag off the nhs and say it should never have been created?