Our Youth Are Our Future 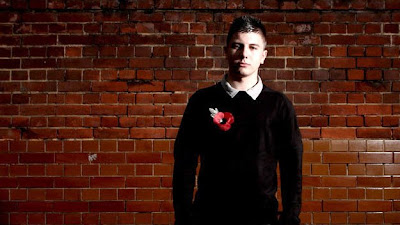 Channel 4 are showing a documentary entitled 'Young, Angry and White' whose title has already sought to damn it before it has even been shown.

The BNP were offered a chance to participate in this documentary but declined, simply as Channel 4 have always been overtly hostile to the BNP in all its programming, and therefore we do not work with those who have an agenda based on hostility.

The young man involved in the programme is not a BNP member, though he is by all accounts a staunch British Nationalist who holds some 'extreme' views.

This is a democracy and he is entitled to hold any damn views he likes, as that freedom to hold and express an opinion is the primary right of all citizens in a democratic society.

If you dont like that opinion, then switch over.

The only issue for Nationalists is that the future growth of the British Nationalist movement will come from amongst our young people.

The documentary will no doubt be a total stitch up of the young man involved in the programme by the usual suspects in Channel 4, edited to fit a pre-prepared script and with a voice over by some semi-hysterical leftist media ponce.

Therefore anyone who gives a toss what Channel 4 or its handful of viewers will think of nationalism as a result of the programme is irrelevant, simply as the majority of the masses will be watching Eastenders, Coronation Street or Emmerdale.

Sure a few liberals may feel faint and have a palpitation or two, but who gives a shit.

Nothing is truly worth saying unless it is guaranteed to offend a liberal.

That such young men are still finding their way into the ranks of British Nationalism, is the greatest vindication of our ideas and vision.

This young man has passed through a state educational and media indoctrination system that would have put the VC to shame in Vietnam, to get him to become a politically correct, multi-culturalism adoring, liberal slave - and yet he managed to find his way into our Nationalist Liberation Movement.

I have to use public transport and I hear the way young people think when they are away from their teachers and their parents - and there is a nationalist uprising in our youth about to break forth.

They are the primary victims of multi-culturalism - denied an identity, inculcated with guilt and self loathing for being white and British and then victimised by the same people they are meant to abase themselves before.

So many of our young people have become the forgotten victims of multi-culturalism, like Kriss Donald, that today these kids are filled with anger not just for what they experienced, but also the lies of their teachers, the media and the politicians that betrayed them.

These kids are angry, and by God its about time.

They have been abandoned, betrayed, surrendered and sold out by the entire liberal society and its politically correct slaves.

Their anger is a pure thing, unlike the motives of the people who betrayed them.

Every day more white victims of multi-culturalism join the revolution.

This documentary will be a stitch up I have no doubt.

But the fact that this young man had the courage of his convictions, and the passion to speak up for his people, says more than enough.

White youth are awakening, they are the ghosts of multi-culturalism, the abandoned relics of a betrayed nation - but they are coming to take back what is theirs.

No documentary produced by the media will ever be fair or impartial as it is simply propaganda to keep the politicians who are the puppets of the media masters in power.

Our Youth Are Our Future - we must always remember that.

They may make mistakes, but we must forgive them, move on and guide them towards victory.

Posted by Defender of Liberty at 14:01

it will probably be a stitch up job by channel 4 but i don't think it will damage the party...look how many doc's the bbc have made in the pastIt has not harmed the party one bit.

I hope you're right Lee, the message has to go out that Nationalists are not against melanin, it's Genocide we are against.
Show people what is going on throughought, Europe and the Anglosphere and natural survival instincts will kick in.
You tube can be fiddled by the controllers so vids don't show up as often in searches, or blocked or banned.
They can't do this with DVD's unless they turn the leccy off.

They don't have to be fancifull, just facts, most people have never heard of Malmo, they think immigration is just into Britain, with a bit in Europe, they have no idea that the intention is to exterminate us.

The future of nationalism is indeed the youngsters. We need a recruitment strategy tat takes this into account. Leafleting colleges perhaps?