The REAL Enemy Within 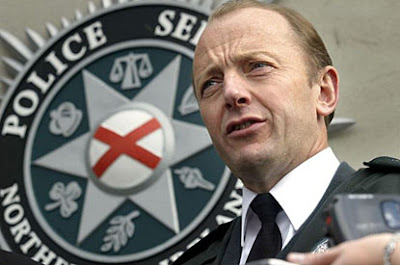 Who brought these Islamist scum here into our country - the politicians you voted for.

Who puts their rights before ours - the police and the judges put into their jobs by the people you voted for.

Who work for their rights in the courts - the liberal solicitors who profit from the legal aid scam based on human rights that you pay for out of your taxes.

Who is the real enemy - it is the scum that run our country and who put the rights of terrorists before our own people.

The police have already said they will allow the scum to march, yet year after year they have banned marches by the National Front and the EDL.

So the police now admit that they only ban marches when white people march about Islamist scum - and protect the Islamist scum.

WE KNOW WHO THE REAL ENEMY ARE.

ITS THE INNER TRAITORS IN ACPO AND THE GOVERNMENT WHO HAVE HANDED OUR COUNTRY OVER TO THE TERRORISTS AND WHO PUT THEIR RIGHTS BEFORE OURS.


Here are a few occasionS when the ACPO pigs have banned National Front marches , but they wont ban this march as its Muslims isnt it ;


Note also that Unite Against Fascism will also not stop this march, as they support Islamo-Fascism.

A senior police officer has called for a provocative march by Islamic extremists through Wootton Bassett, the town renowned for honouring Britain's war dead, not to be banned amid fears it could further inflame tensions.

The Home Secretary Alan Johnson yesterday reacted to mounting public anger at hate preacher Anjem Choudary's plan to stage the stunt, by saying he would support any request to ban the march.

Gordon Brown had earlier declared that he was 'completely disgusted' at the 'abhorrent' protest proposed by the firebrand cleric.

But Sir Hugh Orde, president of the Association of Chief Police Officers (Acpo), said he would be 'surprised' if senior officers in Wiltshire block the protest.

The former Northern Ireland police chief said any group has a right to march even if their views are 'unpleasant and offensive'.

Speaking in Central London today, Sir Hugh said: 'Our view is we will have to deal with it, people have a right to march. People might not like it but that is the law.

'It can be the case that if you ban something it becomes more popular to turn up to. You then have a mass unlawful protest.

'It will be one that requires pretty clear thinking, but it is far too early really because all we have is the threat of a march.'

Wiltshire Chief Constable Brian Moore could apply to ban the march if he believes it could lead to serious public disorder that other restrictions will not help.

Any application must first be backed by the local authority and Mr Johnson, who said he would support it.

Britain is Dar-al-harb to a Muslim, the House of War (like all non-Muslim nations).

Britain has therefore to be forced into Dar-al-Islam, the House of Islam (all Muslim nations) by any and all of the several forms of Jihad.

Islam should not even be allowed in the UK, therefore and the proposed Islamic action is a deliberate act of war that should be faced down as such.

Orde is a traitor who should be tried as such for giving aid and comfort to the enemy in time of war.

The above is independent of Britain's role in the Blair-Brown illegal war in Afghanistan.

You are right in what you say,
the enemy are "our own", these are the bastards we have to target.
I'm sure someone is compileing a list
of names for future reference, looking forward to seeing the day of reckoning, when these vermin are brought before a Bnp judge.

Sir scum Hugh Orde is a typcial example of the greasy-pole licking degenerate filth that infest the repugnant establishment. This boot-licking, arse-munching, grovelling, slick slime-ball lick-spittle bastard would gleefully perform any act in order to ensure his status within the power elite. To call him a rat is an offence to rats - suffice to say he snuffles and gorges himself on the shit of Gordon Brown and he loves it too . Eat shit Orde you stinking coprophile.