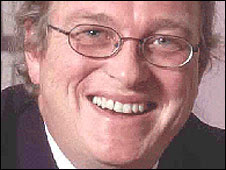 Image - Another of Thatechers Rejects joins UKIP. For the first time in history the rats have chosen to jump aboard the sinking ship.


Every day the truth about the UKIp comes clear, they are simply the Thatcherite Wing of the Tory Party - another US poodle whose aim is to ensure the UK remains under the US / NATO / Israel / Zionist domination.

What the hell is the point of saving the pound and being under the dominion of the Dollar ?

Whats the point of pulling out of the EU and becoming a vassal state of the US ?

UKIP are a joke.

Those who vote for them must be bloody joking !

A Vote For UKIP, is a Vote For Thatchers Rejects.

UKIP described the hiring of James Pryor as a "fantastic coup"

The UK Independence Party has appointed a former adviser to Conservative prime ministers Margaret Thatcher and John Major to run its election campaign.

James Pryor said it was an "exciting time" to join UKIP, which came second in last year's European election.

He promised a "robust" campaign ahead of polling, expected to be on 6 May.

He was head of presentation for the Conservative Party under Mrs Thatcher and Mr Major, from 1990 to 1994, later working for Sir James Goldsmith's anti-EU Referendum Party.

UKIP leader Lord Pearson of Rannoch said: "Having come second at the European election, beating both Labour and the Lib Dems, we have already demonstrated that UKIP is now a major force in British politics.

"The general election is an opportunity for UKIP to cement the party's credentials and former electoral success, once again providing voters in Britain with a credible alternative to the major political parties at the ballot box."

He said Mr Pryor had an "undisputed pedigree in electioneering, both here in the UK and overseas, as well as a wealth of understanding of the structures and mechanisms of modern political campaigning".

"Having James join us is a fantastic coup for the party and he will begin work in shaping UKIP's election campaign immediately."

Mr Pryor said: "The next few weeks are going to an exciting time, not only in terms of mapping out the shape of the campaign ahead, but also in defining the campaign's key platforms and ensuring every aspect of the party's structure is fully integrated into the campaign effort."

Mr Pryor has also worked in Sierra Leone, Ghana, Lesotho and the Bahamas.

UKIP, which wants the UK to withdraw from the EU, took 13 seats at the European elections but has no MPs at Westminster.

Former leader Nigel Farage is running for the seat of Buckingham at the next election, where he hopes to oust Commons Speaker John Bercow.

Lee,
We must take every possible step to expose Ukip to the public.
The BNP website should take the lead.

UKIP in Chaos Over Betrayal Offer to Tories