Blair and the Daily Mail 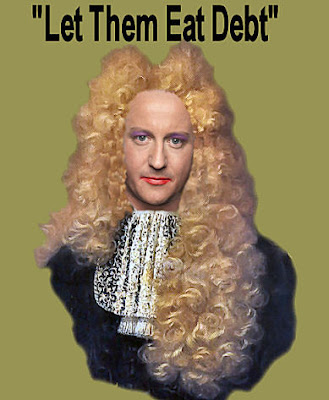 David Cameron wrote the article below in the Daily Mail and it could have been written by Tony Blair.

Note the first sentence " There are children today who are more likely to see their dad drunk than doing a day's work ".

Those people are called 'aristocrats'.

You know those people like James Bethell of Nothing British About the BNP whose only claim to the vast wealth, the tracts of land, the mansion house and social privileges they inherited was that they managed to be the one sperm in 20 million that managed to find the egg.

These aristocrats dont do a days work in their lives, spend their time getting drunk in Annabells nightclub in London whilst hobnobbing with Tories like Lord Pearson of UKIP, they are busy snorting every drug know to man and becoming degenerate drug addicts and marrying title chasing bimbos who they abandon with regular ease along with their children such as Zac Goldsmith.

Cameron is a snob.

He only sees the Working Class as being the cause of the Broken Society rather than the victims.

He doesnt mention people in his social class - the greedy Yuppie scum, the drug peddling Tory Toffs, the heroin addict Marquis, the drunk violent sloane ranger females, the coke snorting and whore mongering people in his own class and own cabinet - oh no, the only Broken Britain that vexes Cameron is the white working class one.

Note the references in the article to the Sikh chap stabbed in London, a tragedy for sure but of course Cameron makes no mention of white victims of Broken Britain in such crimes.

It ticks the right ethnic box you see.

Then we have the obligatory attack on single mums, but no mention of the fact that the Tories created the 'ME ME - FUCK YOU SOCIETY' under Thatcher and that Cameron is not going to challenge the vile pernicious political correctness that dominates education in this country for fear of being called 'racist'.

Many single mums are product of Thatcherite economic selfishness combined with the Blairite educational promotion of moral relativism - why attack them when they are merely doing what they have been taught to do and following the example shown to them by politicians.

Whilst Cameron attacks single mums on welfare, he makes no mention of the Tory MP's who stole expenses money from the state whilst in Parliament.

Cameron will change nothing for the better.

His insane idea of creating a charity based society where the poor have to go cap in hand to unelected, over paid ponces that run charities is merely a way of cutting public spending.

The workhouses will be back in Camerons Britain.

Cameronism is Blairism with a social darwinist twist where every fault in our society can be blamed on the White Working Class.

Those that created this society, Tories under Thatcher and New Labour, are not to blame - oh no - only the victims of their greed and stupidity.

We dont need Cameronism and its vapid political correctness to save society - we need NATIONALISM.

We need a Nation united around the ideals of Nationalism, not a nation divided by the blame game.

Posted by Defender of Liberty at 00:34

Labels: Daily Mail, david cameron, There are children today more likely to see their dads drunk than do a days work

My dad got drunk and he GRAFTED

Cameron you and consecutive governments destroyed this country manufacturing and the work ethic and pride in our people with it...