The Definition of a Trade Union Official 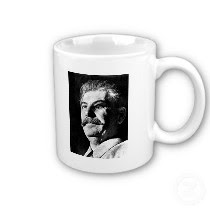 
The definition of a trade union official at the recent TUC meeting is an unemployed mug.

Whilst they were organising an Orwellian Hate Fest about the BNP, cue hysterical leftists and liberals foaming at the mouth about the BNP like possessed nutters at a Christian fundamentalist meeting, the Labour government who they support via their political funds and donations was planning a massive cut in public spending and the sacking of thousands of public sector workers.

Posted by Defender of Liberty at 11:30

Solidarity included?
I know they're not in the TUC by the way.

The NWO will destroy the public sector as they know it, carving it up amoungst their corporate corrupt buddies/owners eventually bringing all wages down to a bowl of rice a day with 10 to a room in their global `utopia`.

no more cream teas and gated communities for the teachers etc.

The unions will be destroyed as well, unions make Labour less productive and more inclined to seek political representation, they will be crushed by the NWO.

The so called commie turkeys are voting for Christmas.

Yes, thats right dear - solidarity are not in the TUC and therefore they are not part of the problem or gullible mugs are they.