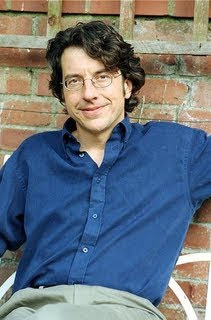 Theres one thing I want to know,
From Mr. George bloody Monbiot,
If I was a crayfish, otter or bee,
Would he try and protect me ?

George will fight for polar bears,
Save wild hares from wire snares,
But for the White Working Class,
He just sits there on his arse.

He will climb a mountain for a frog,
Wade for newts through reeking bog,
But when it comes to us British folk,
He thinks our survival is just a joke.

George sees more worth in an ant,
Than we who immigrants supplant,
Our forests fall as white flight grows,
But out in Wales, he will never know.

No harsh city truth awaits our George,
As he wields a pen, his mighty sword,
On yet another crusade for muntjac deer,
Forever blind to what is happening here.

If I was a dingo, wild panda or a seal,
Then my fate would be a very big deal,
But I am just a lowly English man,
Stuck on the M25 in my white van.

No-one ever gives a toss about any of us,
We are about as wanted as genital thrush,
Whilst George sees crayfish as usurpers,
He never speaks of Bakhri or the Burkha.

One day George will awake and weep,
And lament the years he spent asleep,
For as our England fades into black,
What we have lost, cannot come back.

Forced rhyme to go with the repatriation. Nice.

Funny, I dont see any forced rhyme with the word repatriation.

The word repatriation is not even used in the poem.

Theres not even an 'voluntary rhyme' with the word repatriation.

The next time I force a rhyme to do anything, then I shall seek to persuade it next time ok.

anon@12:19
the invading buggers were forced on us but we will only ask them to return to where their hearts and minds live anyway, even if they were born here. cricket test that sort of thing? there will be no 'forced repatriation' but kicking a few vibrantly diverse liberal whites out sounds a good idea. turning off the benefit tap, banning ritual mutiltaion and slaughter (humans and animals) and making it illegal to hide one's face in public for starters should get rid of quite a few of our unwelcome parasites and guests who have become a virtual enemy within.

This poem is brilliant -

Nah, I'm just being sarcastic. Can't stand people who use bad rhyme when what they want to say can be summed up as "Too many nignogs in England"

"For as our England fades into black,
What we have lost, cannot come back."

Excellent subtle racism there (emphasis my own). Nice one. I also like the fact that your website is white-on-black - is that a little nod to the way you feel the world should be?