One Law For them, One for us 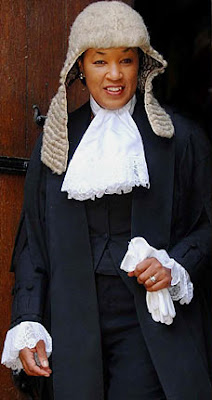 Image - I make the laws, I dont have to obey them.

Baroness Scotland of Asthal, the Government's top law officer, was fined £5,000 for breaching rules on employing migrant workers after he UK Border Agency found that she had been in breach of immigration law when she employed a Tongan woman who did not have the right to work in the UK.

Although Lady Scotland carried out the immigration status checks required by the Act, which she helped to pilot through Parliament, she failed to keep photocopies as proof that the checks had been made.

Therefore the Attorney General, who decided to prosecute BNP members for the distribution of leaflets about heroin and Islam, is a criminal herself.

She should have been arrested, held for hours in a cell, had her DNA, fingerprints and mug-shot taken... but as you say one law for them, one law for us. It's a fucking joke.