The Obama Youth Get Truncheoned 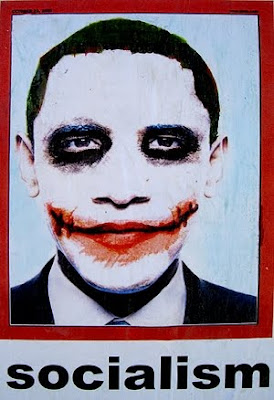 Image - President Obama. He is also not white. 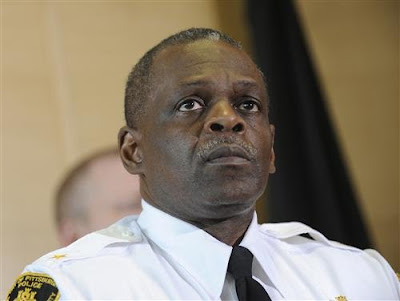 He is not white. He is black.


How exquisite it is to see the Obama Youth, the braindead liberal lemmings of middle class white kids at US universities, get a 'wake up call' with a truncheon from the Obama police Stormtroopers whose job is to defend the interest of the New World Order.

They cant blame the Republicans.

The police chief of Pittsburg is Nate Harper, he is also black.

Obama is the big boss.

These attacks are sanctioned by Obama. Undertaken by cops under the control of a black man.

This is Obama's America, not Bush's America.

The war in Iraq is still going on, US troops are still in Iraq and Afghanistan and Guantanamo BaY aint gonna be closed down - its business as usual.

THE NEW BOSS IS THE SAME AS THE OLD BOSS - JUST AS I TOLD YOU HE WOULD BE !

Time to wake up now you white idiots.

I have just watched the clip of Obama's Police, how many of you have watched Planet of the Ape's recently ?

Tea Party Express wraps up its tour in Washington September 12, 2009. Initial reports said that up to two million people marched to the U.S. Capitol on Saturday 9/12, carrying signs with slogans such as "Obamacare makes me sick" as they protested the president's health care plan and what they say is out-of-control spending. The line of protesters spread across Pennsylvania Avenue for blocks, all the way to the capitol to the White House, according to the Washington Homeland Security and Emergency Management Agency. People were chanting "enough, enough" and "We the People." Others yelled "You lie, you lie!" and "Pelosi has to go," referring to California congresswoman Nancy Pelosi

this video shows heavily armoured cops tooled up with non lethal weaponry and truncheons trapping little kids and gasing them.

This kind of shit is what the US complains about when it comes to the human rights activists in China or South America yet the US paramilitary forces are just as brutal.

The Constitution is dying rapidly in the USA and what is really keeping the US constitution alive today is the threats of actual civil war and violence to protect the Constitution by fringe groups, Libertarians, Republicans and true liberals who want to keep their freedoms and constitutional law, as seen in the recent tea party demos across the USA.

The last American revolution was over taxes and it's only a matter of time before a coup or a mini armed revolution breaks out in America.


And yes to the first poster, the cops were dressed like any other totalitarian regime's paramilitaries, including the fictitious planet of the apes regime!