The Pilkingtons and Idiot PC Police 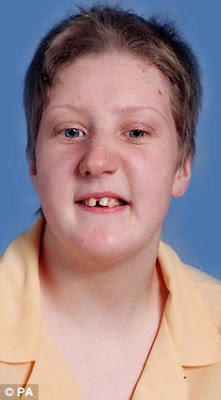 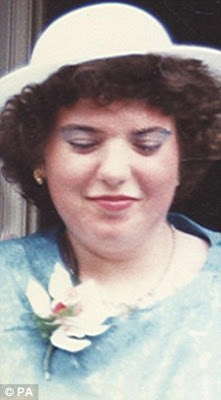 
Can you imagine what would have happened if a black family had suffered 33 serious criminal acts of harassment in less than a year.

Can you imagine what the police would have done if white youths set fire to their gates, threw bricks through the window, kidnapped their son and held him hostage at knifepoint and put dog excrement through their letterbox.

They would have arrested them faster than you can say 'McPherson Report'.

Fiona and Francesca Pilkington were white.

Therefore they did not matter.

Not in the slightest.

What mattered to the idiot police in their area was that the 'young people' who were persecuting this family were not 'criminalised' and that they did not feel 'persecuted' by the police for persecuting the people they live near.

If anyone in the area had grabbed those thugs and given them the damn good kicking they deserved to stop them doing it again - then they would have been in prison faster than you can say 'Oi, Wot about my y'uman rites'.

This is how Political Correctness has destroyed the police force, destroyed our communities, allowed the criminals to rule our streets and forced normal people and the most vulnerable in our society to live in absolute terror.

All this whilst the PC coppers play dress up in Burkhas, send ethnic gangsters on days out on fishing trips and send white thugs on holidays.

The police are now the enemy of our society.

They have swallowed the codswallop of political correctness hook, line and sinker and now regard themselves as an adjunct of the social services, rather than crime fighters.

The ACPO arseholes, greased into power by sucking up to New Labour, in return for their positions follow the labour party line.

At every level our society has been corrupted by the Unelected Left - including the police who are led by the slimiest, most bent cabal of politicised coppers in British history.

Their priority is always racism.

Not all racism of course, just racism against the pet minorities of the PC elites, not ever racism by ethnic minorities against the indigenous majority.

Anti-White racism is simply ignored by the police, just as it is ignored by the Equality Commission and the New Labour race relations profiteer, nepotist and bent businessman Trevor Phillips - who can always find a few thousand quid to throw at his mates with a dodgy contract or two.

In the meantime, the majority have been abandoned.

The minorities, from the white liberal political correctness Nazis to the Islamists and the ethnic gangsters - they all control our society.

But because of political correctness no-one will dare say this for fear of being called racist.

Evil triumphs when good men do nothing, Edmund Burke said.

The thugs who undertook this campaign of harassment should have been arrested, taken to court and then flogged.

If that didnt work then they should have been made to wear a pink tutu and sweep the streets whilst people jeered at them and threw rotten fruit at them. At the same time the widescreen TV's and DVD's and playstations in their homes should have been removed and given to their victims and the parents fined.

Thugs see a police record and a electronic tag as a badge of pride, so the only thing that will stop them is public humiliations.

If that didnt work then the parents should have been flogged and the kids sent to prison.

It is time for political correctness to be abandoned, and our nation run in the interests of the majority not for minorities.

Posted by Defender of Liberty at 01:08

Your desire to abuse people of a different colour leads you to attempt to appropriate this tragedy in the manner of an ambulance chasing lawyer.

Your assertion that black families who suffer this kind of harassment are always protected is simply untrue, and simply demonstrates how much of your "thinking" is based on a mis-placed victim mentality.

Your desire to abuse these people’s deaths for your own political ends shows how low you are. Step away from the keyboard and examine your life - you are a disgrace to your human heritage.

AAAAh you poor white, self loathing, liberal idiot - the truth hurts doesnt it.

It is you and your kind, the liberal PC fanatics that are responsible for this tragedy - for you and your sick kind created the political correctness that pollutes, perverts and sickens our society.

The fact is that THE LAW as stated under the McPherson REQUIRES the police to prioritise RACE CRIMES and minimise all other crimes, and the fact you dont even know that is evidence of your utter idiocy. The fact is that the moment anyone claims 'RACISM' the police have to drop all other cases and rush straight to the scene, prioritise the case and divert extra resources into the case.

If this family had been black and cried RACISM then the police would have had to prioritise the case - but they werent from an ethnic minority group and so they were meaningless white victims of crime, and so the police ignored them. The police abase themselves before any ethnic group that has a lobby group to help them scream RACISM whilst ignoring whites.

You disgust me, your vile and sick attempt to minimise these peoples suffering and divert attention away from the reality of what they faced WHICH WAS RACIAL DISCRMINATION AS THEY WERE WHITE with your hysterical liberal bullshit sickens me.

You people have used our country for your sick shallow political ends for decades, and it is filth like you who killed this family - as filth like you collaborated in the political correctness that ensured they were treated as third class citizens in their own country.

Step away from your keyboard and examine the real world you moron - you are so full of shit it is frankly sickening. People like you helped kill the Pilkingtons - as people like you are the scum who supported political correctness and who created the bent police force we have.

You should be ashamed of yourself, you fool.

Well said Lee on both counts!

Anon@02:01
Please do the world a favour, hurry up and die.
I bet you don't even know who Kriss Donald was and even if you do, care little for what happened to him.

Rijker@04:28
The cp pc idiot police kept quiet about this for 17 months apparently, even though they had cctv footage and descriptions of all the black buggers and thieves. The useless cops decided not to warn the public. Is that criminal in itself or what? Interesting to read that forcing a (pregnant) victim to perform oral sex is now called and classed as rape. Why not just class them the same for legal purposes but call a spade a spade? It's equally disgusting and degrading (I can only imagine) and the villain still needs hanging by them but it isn't rape. Are the Marxist Subversionists trying to dilute the horror of rape by making people subliminally think that when they read 'rape'it might actually be something else? After all, what does a 'serious sexual assault' actually mean to anyone? There's almost too much information after a 17 month silence for my liking. Why?

The actions of the Pilkingtons tormentors are the same as those of the UAF.
The mentality is the same.

What's the betting the equality sickos use this for their agenda too.

We used to have a peacfull society, no need for Armed Police nor a Ring of Steel round Westminster or Whitehall, Snipers on rooftops on rememberance Sunday for Christ's sake.


Trouble with Liberals is you can put the Evidence right up there in front of their face and it immediately becomes invisible.
In Psychiatric terms I think it is called Negative Hallucination where your ego prevents you seeing something that contradicts you or is too painfull to accept in your model of the world.

watch this, I can make some readers of this Blog see things that others simply will not be able to see.

Or this one.
Crime in the UK

Great post.Shame anonymous never chose to give his name could have started a good debate. If you have any opinion thats not the "one" ypou should have then aspring Neo Lib world goes hay wire.Thats not democracy