The Tories and the gassing of the Kurds 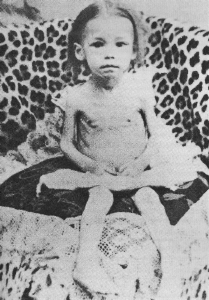 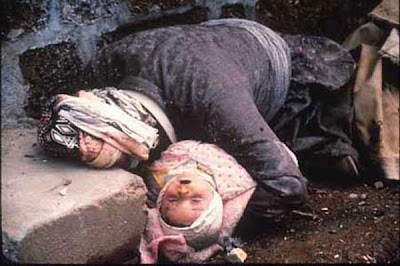 Image - aftermath of Halabja poison gas attack by Saddam Hussein against Kurds. The chemical weapon plant that provided the poison gas was built by British companies with the permission of the Thatcher Tory government even though they already knew Saddam had previously killed people with poison gas attacks.


The two chinless Tory boy wankers that run the 'Nothing British About the BNP' blog have attempted to try and attack the BNP as 'racist' - so lets take a look at how the Tory Party were the creators of the first concentrations camps during the Boer War and were also the facilitators of poison gas attacks on innocent civilians by Saddam Hussen on the Iraqi Kurds.

Senior officials recorded in writing that Saddam Hussein was actively gassing his opponents and that there was a “strong possibility” that the chlorine plant was intended by the Iraqis to make mustard gas. At the time, Saddam was known to be gassing Iranian troops in their thousands in the Iran-Iraq war.

But ministers in the then Thatcher government none the less secretly gave financial backing to the British company involved, Uhde Ltd, through insurance guarantees. Paul Channon, then trade minister, concealed the existence of the chlorine plant contract from the US administration, which was pressing for controls on such exports.

He also instructed the export credit guarantee department (ECGD) to keep details of the deal secret from the public. The papers show that Mr Channon rejected a strong plea from a Foreign Office minister, Richard Luce, that the deal would ruin Britain’s image in the world if news got out: “I consider it essential everything possible be done to oppose the proposed sale and to deny the company concerned ECGD cover”.

The Ministry of Defence also weighed in, warning that it could be used to make chemical weapons. But Mr Channon, in line with Mrs Thatcher’s policy of propping up the dictator, said: “A ban would do our other trade prospects in Iraq no good”.

I wonder how many of these are, or were Todry party donors -

SEVENTEEN British companies who supplied Iraq with nuclear, biological, chemical, rocket and conventional weapons technology are to be investigated and could face prosecution following a Sunday Herald investigation.

Posted by Defender of Liberty at 11:07