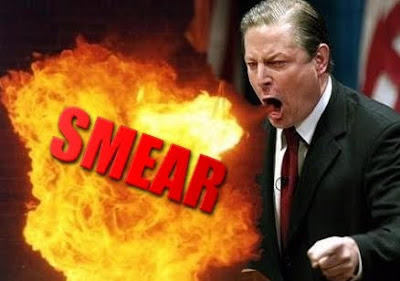 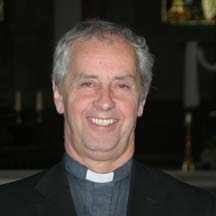 Bishops of the Church of England are a queer breed, for they no longer profess the faith of Christ nor do they represent the people or nation of England.

Today the Church of England is in the process of becoming a Globalist liberal cult obsessed with the rights of homosexuals, lesbians and ehtnic minorities and that worships Che Guevara instead of Christ, where God is Marx and the saints are Lenin, Trostky, Mao, Stalin and Nelson Mandela.

Its preening acolytes prostrate themselves before the creedo of political correctness, relativising away even their own Bible, God and Prophet as just another set of religious metaphors so as not to offend other religious leaders who proclaim the superiority, and demand the submission of all other religions in the name of their holy book and prophet.

Bishops are the vanguard of the suicide cult that presently controls the institutions of Christianity in the West.

Many of them posture as the guardians of diversity, whilst using their aberrant sexual lifestyles as a pulpit for the propagandising of their own particular sexual proclivity, instead of spreading the true gospels.

They are an utter irrelevance now.

The discovery of the Gnostic Gospels was the The Second Coming of Christ.

The teachings of the Gnostic Christos reveal that the leaders of all the secular institutions that call themselves the 'Religions of Abraham' are all in fact apostates.

They all worship a demiurge, Yaldabaoth, in the guise of their gods.

Whilst some have buried their hearts, souls and minds in the darkness of fundamentalism and wage war in the name of their god and prophet.

Others have embraced a Marxist homosexual interpretation of their religion, fetishing the image of the young, beautiful, blonde, pale skinned Jesus on the Cross whose semi-naked body, smeared with blood, is first scourged by brutish Roman soldiers in the street with whips and then hoisted up upon an instrument of torture so as to die in agony before the baying mob.

Others are proffessional representatives of their faiths who are in it as a career, the snake oil salesmen of a corporate brand whose Holy Book is just another commodity to be peddled to the gullible and faithful.

Others preach their faith with sermons of murder and bombings, satiating the sickness that infects their souls with the blood of innocence that runs in rivers across the face of the whole world.

All are debased, perverse and dead.

They are merely the sloughings of the same serpent, each faith the husk of its previous incarnation.

Evolving through history Yaldabaoth has weaved its nets of religion and submission, obedience and faith, one after the other each and then began feeding on the host of souls and spirits of its tormented followers, setting them against each other in wars afters war in order to keep mankind at the level of the debased animal, and as a blind and powerless slave.

The Gnostic Gospels are the keys to personal spiritual transcendence and reveal that an alternative path to the Kingdom Of Heaven exists outside the religions of Abraham. This has been depicted as the Holy Grail in myth and is the knowledge that Christos gave to the world - a way to the Kingdom of Heaven via spiritual self evolution that is outside the control of the demiurge and its cults of death, dirt, slavery and war.

These cults are repudiation of everything Christos stood for, they do not speak in his name nor spiritual authority.

Each are imposters, traps for fools to fall into.

Christos came to free us from the lies of the demiurge, but the demiurge took up his words and warped them and weaved from them new prisons - for out of the corpse of liberty, tyranny busied itself forever building new cages.

These 'religions' are bereft of spirit, they are simply snarling dogs of delusion and lies, barking their lies about submission and obedience in order to terrify humanity into cowering slavery.

Those who represent these religions, no longer represent God.

Therefore why should we listen to the cant and hypocrisy of the peddlers of poison who disguise their lies and evil in the guise of morality and good.

The Bishop of Stafford has launched an attack on the ‘little England’ mentality typified by the racist British National Party (BNP) and compared it with the ‘admirable patriotism’ of inspirational Great War serviceman Harry Patch who requested representatives of the British, French, Belgium and German military to be represented at his funeral.

As the BNP are forced to abandon its ‘whites only’ membership party, the Rt Revd Gordon Mursell has used a pastoral letter published in parish magazines across the Church of England’s Diocese of Lichfield to consider ‘What it means to be British’.

In his letter, he portrays the collective attitude of Britons, saying: “We sniff disapprovingly when a Pole or a Latvian is found guilty of a crime in this country, but we haven’t much to say when the British are, for the third year running, voted the worst foreign tourists in

Europe, when drunken louts on Greek islands start groping locals, or the Barmy Army at test matches here at home scream abuse at the Australian captain.”

He added: “We are tempted to sympathise with the BNP when they call for the repatriation of all or most foreigners. But it doesn’t occur to us that, if Britain took that line, other countries probably would as well - and so the migrants who come here seeking work would simply be replaced with all the Brits who couldn’t bear living here any longer and sought a better life abroad.

He said: “In an increasingly global world, we have become more and more little-England-like. We spend billions on border controls, and yet even a fraction of all that money could be used to support investment by British companies in Somalia or Ukraine or wherever most migrants come from. That investment would provide jobs for British workers and, by improving the economy of the foreign nation, would enable would-be migrants to stay at home and get jobs there.

“Harry Patch, the inspirational Great War serviceman who died recently, asked that at his funeral there should be representatives from the military not only of the UK but also of Germany, France and Belgium - none of them with weapons. That surely is the kind of patriotism to admire.”

He contrasted this approach with the ministry of Jesus Christ, saying: “Nothing is more striking, in the ministry of Jesus, than the fact that he took almost no interest in where people come from - whether they were Jews, or Samaritans, or hated Roman soldiers, scarcely bothered him at all - but a very great interest in where they were going, in what their future might be, and in what potential they had if they were willing to travel with him.

“In his kingdom, what mattered was not ethnicity or geography but the values you sought to live by, and the God you sought to worship.”


This is the same Bishop that compared to climate change deniers to paedophile rapists - though not Islamist suicide bombers ;

Welcome to the rational face of climate cult alarmism

Smearing people who are skeptical about man-made causes of global warming as akin to Holocaust deniers was apparently not enough for the climate cult alarmists, who are now saying that if you disagree with them you're no better than infamous Austrian pedophile and rapist Josef Fritzl.

If you're looking for a logical explanation behind the comparison then stop now because there isn't one. This is merely the latest chapter in a manifestly ludicrous smear campaign against anyone who dares challenge the orthodoxy of the church of environmentalism.

"The Bishop of Stafford, Gordon Mursell, wrote in a parish letter that not confronting global warming meant people were "as guilty as" Josef Fritzl," reports the BBC.

"In fact you could argue that, by our refusal to face the truth about climate change, we are as guilty as he is - we are in effect locking our children and grandchildren into a world with no future and throwing away the key," Mursell added.

Re: "Nothing is more striking, in the ministry of Jesus, than the fact that he took almost no interest in where people come from - whether they were Jews, or Samaritans, or hated Roman soldiers, scarcely bothered him at all"

What this bishop also overlooked is that God "declared the bounds of...habitation" Acts 17:26, Deuteronomy 32:8. The breaking of these bounds, characteristic of the End Times, e.g. by uncontrolled mass immigration, Daniel 12:2, is Satanic, Isaiah 10:12, 13 ("the king of Assyria" being a type of the Devil in the OT). It is aimed at weakening sovereign, independent nations, especially Great Britain, the USA and the Old Dominions, Isaiah 14:12, to coerce them into the Devil's End Times One World Kingdom of Revelation 13.

Note how much of what you said about C of E bishops in your article, Lee, focuses on breaking of bounds, whether gender, politics, religion, nations or race.

Today's bishops are the Devil's disciples. They follow "another Jesus" 2 Corinthians 11:4, not the one of the Bible.

Have a look at this -

Bliar has an office in the vatican.
Why?

"From the eternal sea he rises, creating armies on either shore ... "
- The Antichrist

Time is running out!

It was said years ago that Blair will do what his wife's pope tells him to do.

He did. The EU and Muslim menaces are worse than in 1997.

Re: your comment about the church supporting gays and lesbians. Although the bible declares that God created men and women, some people are clearly both male and female (intersex, hermaphrodites). That's medically verifiable. That is potentially damaging for the church and Christianity as a whole. Are the said bishops really wrong for supporting homosexuals in that case? I personally believe that if one can be a christian and a race nationalist, another can be a christian LGBT. Neither is more moral than the other.