A short poem on the MOBO's 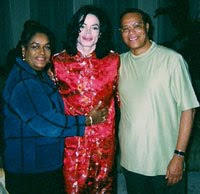 There is something I’d like to know,
Why aren’t they racist, the MOBO’s
Because if Whitey had a similar event,
No liberal would ever sit on the fence.

Year after year the same double standard,
All pretence of equality is now abandoned,
What’s right for black is wrong for white,
They must be proud, whilst we contrite.

Black power they say and punch a fist,
But White pride, we mustn’t tolerate it,
So the circle turns on towards tyranny,
Whilst wearing the masks of diversity.

And what of Bling Culture they fetishise,
Formed of guns and greed, death and lies,
Whilst who could be so desperate for a hero,
As to worship Wacko Jacko, the racist paedo.

Mikaeel joined the Nation of Islam in 2008,
A racist group, based on anti-white hate,
Whilst in Neverland he raped little boys,
Using their flesh for pleasure, as his toys.

Funny how the press always hide real evil,
Like Death Angels who killed White Devils,
For Elijah Muhammad was Jacko’s true prophet,
Not Jesus Christ, whom he was simply mocking.

So many lies so where do we begin,
When evil is good and truth is a sin,
As the media dumbs the masses down,
Satan is now feted all over town.

You're a fucking idiot. Do you even realise what the MOBO awards are? Check your facts.

Steve, anyone (especially a self confessed LLB Hons) who still harps on about Michael Jackson being a paedophile when he was cleared in a court of law, and anyone who then goes on to suggest that Jackson was a Muslim simply because he read it in the tabloids is not someone who is likely to be checking facts. Michael Jackson was a Christian and intent on doing good despite being vilified by press and public alike. By contract, Barnes just craves attention so much that he posts what he knows is nonsense and sick just to prove reaction and to get people to read his tirades of hate. One of these men made love his purpose in life. The other has made hate his goal.

Paedophilia is not love.

OJ was acquited, and was guilty as hell - and so was wacko.

The image above is of wacko with louis farrakhan, are you that much of a fucking idiot that you cannot even believe the photo of him with the leader of the nation of Islam.

You dont need to answer that as we already know the answer.

So presumably you know better than the judges and juries in a court of law as to who is and who is not guilty?

Michael Jackson was set up by greedy and corrupt parents to fleece him of his hard-earned money. He settled out of court against his will on account of his advisors,lawyer, record company and insurers. In America the system is different and a settlement out of court is not unique and is certainly not considered as guilty.

On the second occasion (again the result of corrupt and amoral parents abusing Michael's trust) he was cleared by a court of law.

In my book (and the book read by the majority of sane, rational and fair-minded people)- that counts as innocent. Unless of course you want to set up your own kangaroo court and judge innocent people on the basis of your own perverse and hate-filled prejudices.

I don't disagree with you that the photo shows Michael with the leader of the Nation of Islam.

Michael did flirt with that organisation but he later distanced himself from them as he was afraid of them. In any case they were put in there by his Muslim brother, Jermaine, as he wanted to try and convert Michael to his faith. They acted as his security force. Michael was always a spiritual individual who looked into all forms of spirituality. In his last days he became attracted to Christianity, having had his children baptised as Catholics and himself having been brought up as a Jehovah's Witness.

As to your rant that he was photographed with the leader of the Nation of Islam, well, maybe you should do something about your short-term memory regarding the behaviour of some of your own BNP senior figures. A quick Google search soon brought up the interesting find that your own BNP leader, Nick Griffin, was more than once attracted to the same anti-white racist Nation of Islam. When he was leader of the National Front in the 1980s, Nick Griffin tried to set-up links between the NF and Ayatollah Khomeini's brutal dictatorship in Iran, with the black American racist Louis Farrakhan's group the Nation of Islam, and with the regime of Arab dictator Colonel Gaddafi, who were responsible for the terrorist atrocity at Lockerbie, which killed 270 British people.

So all the children lied.

They lied about their hero to enrich their parents.

'ALL' the children, Lee? What, are you referring to all TWO of them, out of the thousands and thousands who went to Neverland? Good to see that you have a brain for statistics as well as law (not). You don't have a clue do you? Any other family that was as corrupt as the Arvizo scroungers would be vilified and condemned by yourself, but because they accused Michael Jackson, it's OK is it? Go do your homework on the Arvizos and THEN tell me that they weren't out for money. And whilst you're at it, go and do some more homework on the Chandler family. There's a good boy. I notice that you are stuck for words regarding the excellent post by 'anonymous' above. Lee Barnes, stuck for words..now that's first. Let's hope it stays that way because you obviously haven't got anything to say based on research and facts.

The kids who went to visit neverland stayed in his bed did they, its the little kids he lat stay in his bed overnight who got molested, not the kids on the fairground rides with their parents.

You are a nut.

If a video film came out showing wacko jacko molesting a child you still wouldnt believe it.

Thats because you worship jacko as a false god.

You never met him.

You never knew him.

You simply believed all his publicity peddled by the media.

You are an idiot.

No, not stuck for words.

What Nick Griffin did is totally irrelevant to what Jacko did.

Its a strawman argument from an idiot.

Thats why no response.

There is the claim that Michael Jackson is 'evil' and 'racist' for associating with the Nation of Islam.

There is the claim also that Nick Griffin made overtures to that same organisation in the 80s to build an alliance.

It is not irrelevent or a 'straw man' argument to counter your claim by pointing out a well-publicised observationin the case of the latter.

You can't have it both ways.

You don't like it because your smear against Jackson has been destroyed by the fact that your BNP leader was guilty of doing exactly the same thing.

Why don't you have the honesty and decency to admit such things when you are wrong? Why hide behind the veneer of arrogance and superiority?

It is hypocritical of you to smear an innocent man on the say-so of tabloid junk and corporate media lies and sensationalism, when you have justifiably made it a regular point to criticise the power and lies of the corporate media and how this institution manipulates the news and 'facts' to dupe the public.

Now it seems that you too have been taken in by the cynical posturings and lies of the corporate media and the trashy tabloid filth.

Shame on you Lee Barnes.