Question Time and the Fear 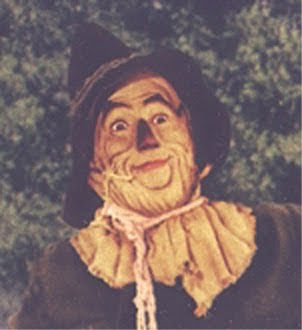 Another Establishment politician whose entire career has been built on No Platform for the BNP, a bent media and total bullshit.


The ongoing debacle about Nick Griffins appearance on Question Time reveals much about the nature of our society.

For example, read the ongoing series of articles by Fraser Nelson in The Spectator and this article here ;

And note that for the people who write these articles and also many of the commentators, is the desire for a panel to go on Question Time not in order to debate the issues but simply to 'quarantine' Nick Griffin on the show.

What a bunch of gutless bastards !

The rank stench of their fear is palpable.

The reason why they are so afraid is simply because for years THEY have been telling the public total bollocks about what the BNP stands for, and the BNP have been unable to answer them back.

For years they have been calling the BNP 'thick', 'ignorant' etc etc and therefore been giving it large on the public platform whilst denying the BNP the ability to debate back and expose them, their lies and their rank hypocrisy - and now the entire pile of bullshit they have built up and stood upon is about to fall down upon them.

The situation has been analogous to the village idiot standing up in public and saying, ' I am the hardest man in the village ' whilst the real champion pugilist has been bound, gagged and locked in a shed outside the village itself.

Its easy to big yourself up in the absence of anyone being able to give you a slap and knock you back down to size.

The political pygmys and journalistic jackasses that have for years called the BNP 'stupid' etc have done so solely on the basis of NO PLATFORM which meant that we were never able to expose them as talking bollocks.

But No Platform is now coming down - and this is why the media maggots and political pygmys are so desperate, that even now they want to rig the debate by creating a panel defined solely by its hostility to Nick Griffin - in other words it will take four panelists working together to defeat Nick.

Doesnt say much for them, their intelligence or their sense of fair play does it.

They must be thick as shit if it takes four professional politicians to quarantine one man.

This is why having on Jack Strawman is so ironic - for the politicians are themselves the real strawmen.

Their reputation as politicians has been built up by a bent and corrupt media and founded on censorship of their opponents.

Even now the moderator on The Spectator is busy removing posts that contradict what the retards who write the articles have stated.

The political elite would probably call it fair if they forced Nick Griffin to dress up as a bacon sandwich and sit on a Question Time panel comprised of starving wolves.

Or perhaps they would like it as a game of poker, where the dealer ensures only the best cards get dealt to the right people and everyone works together to rip off one person.

These people are the wankers you vote for.

Gutless, little people with no talent who are greased into their positions by a corrupt media.

Posted by Defender of Liberty at 09:41

They're torn between a rock and a hard place. If they "quarantine" Nick with bare-faced aggression fro the panel and audience, then people at home will see through it. However, if they allow him free rein to deliver the BNP's message, many people will be woken up from their stupors and will realise that they have been repeatedly lied to about the BNP and will finally swallow the bitter pill of truth about the Libs, Labs and Cons.

Extraordinary, wasn't it that Harriet Harman continued to peddle the lies about the BNP's membership policy change?

Beware jack Straw, he is going to be fully briefed with a whole range of quotes from Nick's past. Remember Jack Straw was a barrister he wont go into battle unprepared. So if I was Nick I would be spending my time reading about Jack. He sadly cant be accused of being a Communist in his youth but he certainly relied on Communist votes to be elected as a student leader.

They can't let Nick Griffin speak Policies otherwise he'd be in No 10 at the Next election.

They can't just hurl abuse at him because then being fairminded, most Brits would not agree and put him in no 10 at the Next election.

Maybe if he is allowed to get a word in edgeways he can discuss our Fiat monetary policies.
Ron Paul, G20, Sound Money
http://www.youtube.com/watch?v=b7j-s5ujYJ8