The Bravest Girl In Britain 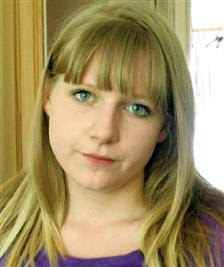 The victim of a sexual act as a child plastered two rural villages with posters on the sixth anniversary of her ordeal in an attempt to find closure.


TRAUMA: Hollie MurdochResidents in Great Barford and Wilden woke up on Friday morning to discover the handwritten flyers covering lampposts and road signs.

Hollie Murdoch, who has waived her right to anonymity, was 14 at the time and now, aged 20, took to the streets with more than 150 posters.

One of them, put across a major road sign, said: “Six years ago aged 14 I was raped. I served a life sentence. He only did two years. Zubair Anwar born 1968, a security guard and a father of twins, raped a 14 year old, Thursday 21st April 05.” Miss Murdoch, now a mother, said she walked the same route as she did on that April day, before she encountered security guard Anwar who was 40 when he was jailed for five years and four months in 2008.

At the time we reported that Anwar of Littleford Road, Luton, had his original conviction for rape overturned by the Court of Appeal after the judges said it was unsafe.

A re-trial was ordered but days before it was due to begin he pleaded guilty to an alternative charge – sexual activity with a child – and his sentence was deemed as served.

During the case, Prosecutor Stuart Trimmer QC said the girl, who was in local authority accommodation, had run away intending to walk to London to find her mother.

But as she came across the construction site for the Great Barford bypass at Bedford, Anwar saw her in a dishevelled state and invited her in.

He had to go out in his vehicle to check elsewhere on the site and took her with him. But he drove to a remote location, and they had sexual intercourse.

On Friday Miss Murdoch, who now lives in London, said: “I walked the same route I did on that night. I had been running away and walked for nine hours.

“I put the first poster up in the phonebox in Goldington Green, Bedford, where I rung the police on the night. He drove me to Great Barford, which is where it happened. It was the sixth anniversary of it happening, I was only 14. It’s like closure for me, I wanted to do it to alter my memory of it, if you know what I mean? “I just wanted closure and I wanted to tell everybody what a scumbag he is.” The mother said she had been planning to do something like this since she was 15 but couldn’t get up to Bedford.

She added: “I have a baby now and you see, I’m a lot different. It used to really affect me on the anniversary, it wasn’t so bad when I was pregnant because I had that. But this year it just seemed like I had to do something to channel the way it affected me.

“I went into hospital in 2007 because of him, I had post traumatic stress disorder. I was on loads of medication, I used to write letters to the police officer who worked on my case.” Bedfordshire Police spokeswoman Jo Hobbs said: “We are aware posters relating to an historic crime, for which a sentence has been served, have been put up around the area.

“While it would appear unlikely that a criminal offence has been committed at this time, efforts will be made to remove the posters and enquiries will be carried out to establish who is responsible.

“Our Safer Neighbourhood officers will be speaking with residents in the area to provide reassurance where possible.”

Posted by Defender of Liberty at 11:57

He will probably be employed by Airport security at heathrow.

notice the police hate the fact that a vigilante put up the posters. Wow, no balls left, the pigs should be praising her not criticising her brave actions.

off Topic. I did silent protest walk through my local city with a poster