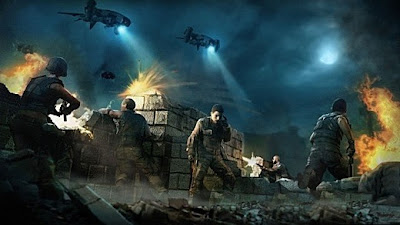 In The Terminator movie series the AI computer Skynet takes over the global computing system on Thursday April 21st 2011 and begins its war against humanity.

Now the Libyans will have US terminator drones roaming their country killing their people.


A Predator armed with Hellfire missiles was launched for a sortie on Thursday but was forced to turn back early. The move is a significant escalation of American military involvement and will fuel accusations of “mission creep” and a potential Libyan quagmire.

“President Obama has said that where we have some unique capabilities, he is willing to use those,” Mr Gates said. “And in fact he has approved the use of armed Predators.”

General James Cartwright, vice chairman of the Joint Chiefs of Staff, said: “What they will bring that is unique to the conflict is their ability to get down lower, therefore to be able to get better visibility on targets that have started to dig themselves into defensive positions. They are uniquely suited for urban areas.”

Mr Gates rejected suggestions that the drones and British and French trainers for the rebels meant that mission in Libya was expanding beyond its original goals. “They’re not our boots on the ground,” he said. “We never made that commitment for anyone else.”

His announcement came ahead of a visit to Washington by Dr Liam Fox to discuss the US supplying more firepower to Britain in the war over Libya.

They will meet Mr Gates and Admiral Mike Mullen, chairman of the joint chiefs. Britain and France had been doing "all the heavy lifting in Libya" since the Americans withdrew their combat jets from Libya earlier this month, MoD sources said.

It is understood that the British want armed drones to patrol the skies above the besieged town of Misurata.

Nato has difficulty getting air power over the port town in time to hit targets. It takes more than an hour to fly jets from southern Italy, although they can remain overhead with air-to-air refuelling. There are not enough of them to remain permanently overhead "manning a kill box".

Air force chiefs are growing frustrated that Col Muammar Gaddafi's tanks or artillery fire a couple of rounds then withdraw before they can be hit.

Having at least three drones would ensure 24-hour coverage with the ability to strike almost immediately over Misurata, where bombardments continued yesterday. Dr Fox is also likely to ask about resupply of Paveway bombs and Tomahawk missiles. Both have been used in large numbers over Libya.

The trip has been planned as a Labour peer who is the UN's humanitarian chief criticised the dispatch of British military personnel to Libya to assist rebel fighters against Col Gaddafi.

Baroness Amos, the Under-Secretary-General for Humanitarian Affairs, suggested the arrival of senior British officers could "blur the line" between military and aid missions. Her comments prompted a sharp response from Downing Street which said they would help the aid mission.

A spokesman for No 10 said: "We have been absolutely crystal clear.

"The advisers are not 'forces on the ground'. They are assisting the National Transitional Council (NTC) with organisational structures, communications and logistics."

Lady Amos vetoed a plan to deploy up to 1,000 EU troops to secure aid missions.

Posted by Defender of Liberty at 01:00

* GDP per capita - $ 14,192.
* Unemployment benefit - $ 730.
* Each family member subsidized by the state gets annually $ 1.000
* Salary for nurses - $ 1.000.
* For every newborn is paid $ 7.000.
* The bride and groom receive a $ 64 thousand to purchase flats.
* Major taxes and levies prohibited.
* To open a personal business a one-time financial assistance of $ 20.000
* Education and medicine are free.
* Educ.Internships abroad - at government expense.
* Stores for large families with symbolic prices for basic foodstuffs.
* Part of pharmacies - with free dispensing.
* Loans for buying a car and an apartment - no interest.
* Real estate services are prohibited.,
* Buying a car up to 50% paid by the State.
* No Payment for electricity for the population.
* Sales and use of alcohol is prohibited.
* Petrol is cheaper than water. 1 liter of gasoline - $ 0.14.

AND NOW THE REAL REASON WHY THEY WANT TO FINISH OFF GADDAFI.

What is Hitler's law on legal advice