The EDP and The IRA 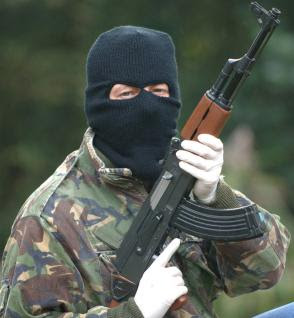 Sinn Fein / IRA are not a 'nationalist' party, they are the Irish para-military and terrorist wing of the New World Order, a party of multi-culturalists and Irish traitors who want Ireland to be swamped with immgrants.

The invitation by Steve Uncles to the IRA is a disgrace to all British and Irish people slaughtered by the IRA terrorist scum.

I would like to introduce the "English Democrats" party to you - we are the largest English Nationalist party in England with approaching 3,000 members.

On 4 June 2009, we will be standing in every English Constituency, our current manigesto position is a Federal United Kingdom with Fiscal Authomony for the various parts ie England, Scotland, Wales & Northern Ireland.

Recent events, have however inspired some members of our party to suggest that a policy of a referendum by the people of England, Scotland & Wales to "ask Northern Ireland to leave the United Kingdom" would be an interesting and unique policy to develope, and would certainly promote both the English Nationalism Cause and the Irish Nationalism Cause at the same time.

We believe that such a policy would further the aims of Sinn Fien for a United Ireland.

We have the opportunity to get this message/suggestion to the door steps of 45 Million people in England by leaflet in May 2009, and via Party Political Broadcast during May 2009.

If Sinn Fien is interested in opening discussions to further our parelllel causes and developing this strategy then please do not hesitate to get in touch, we are willing to meet in Dublin if this is of interest.

Like Sinn Fien, the English Democrats have had enough of "British Rule" we wish to have "English Rule" for England, "Irish Rule" for Ireland, "Scottish Rule" for Scotland and "Welsh Rule" for Wales the time for Britiain is in the past, England needs to rise as a Nation in it's own right.

We recognise the historic & geographical links between our Nations, and feel that this is best served by the "Council of the Isles" with English rather the UK representation in future meetings.

I look forward to hearing from you further, I do hope this genuine offer is of interest.

Posted by Defender of Liberty at 07:54

There have been some Provisional IRA members who have spoken out against mass immigration into Ireland and the EU due to their conservative Catholic Nationalist views. Not all of them have subscribed to the liberalism of Sinn Féin.

I mean, Gerry McGeough anyone? He was a true Irish Republican Nationalist which is why he left Sinn Féin. If he were the leader of Sinn Féin, I would have preferred that he were elected as a Teachta Dála for Lough instead of Gerry Adams.