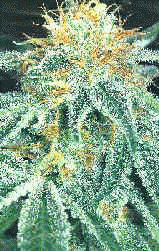 Millions of people have died of cancer who could have been saved by cannabis.

The supression of this truth is one of the greatest crimes against humanity in human history.


Cannabinoids Kill Cancer And Our
'Government' Has Known for 36 Years

Below is a repost of an article published on Americans for Safe Access website: www.safeaccessnow.org in November of 2003. The article describes how cannabinoids, the active components of marijuana, inhibit tumor growth in laboratory animals and also kill cancer cells. Then it finishes off by saying that the US government has known for more than 35 years and that the media which would normally go crazy about a cancer cure story like this, doesn't at all and in fact seem to be burying the story rather than promote it in any way. I for one am amazed at the government's stance on marijuana and their failed war on drugs, which is more like a war on it's own country. I guess too many people get rich off of the war on drugs.

A new study published in Nature Reviews-Cancer provides an historic and detailed explanation about how THC and natural cannabinoids counteract cancer, but preserve normal cells.

The study by Manuel Guzmán of Madrid Spain found that cannabinoids, the active components of marijuana, inhibit tumor growth in laboratory animals. They do so by modulating key cell-signalling pathways, thereby inducing direct growth arrest and death of tumor cells, as well as by inhibiting the growth of blood vessels that supply the tumor.

The Guzman study is very important according to Dr. Ethan Russo , a neurologist and world authority on medical cannabis: "Cancer occurs because cells become immortalized; they fail to heed normal signals to turn off growth. A normal function of remodelling in the body requires that cells die on cue. This is called apoptosis, or programmed cell death. That process fails to work in tumors. THC promotes its reappearance so that gliomas, leukemias, melanomas and other cell types will in fact heed the signals, stop dividing, and die."

"But, that is not all," explains Dr. Russo: "The other way that tumors grow is by ensuring that they are nourished: they send out signals to promote angiogenesis, the growth of new blood vessels. Cannabinoids turn off these signals as well. It is truly incredible, and elegant."

In other words, this article explains several ways in which cannabinoids might be used to fight cancer, and, as the article says, "Cannabinoids are usually well tolerated, and do not produce the generalized toxic effects of conventional chemotherapies.
Usually, any story that even suggests the possibility of a new treatment for cancer is greeted with headlines about a "cancer cure" ­ however remote in the future and improbable in fact it might be. But if marijuana is involved, don't expect any coverage from mainstream media, especially since mainstream editors have been quietly killing this story for the past thirty years

That's right, news about the abilility of pot to shrink tumors first surfaced, way back in 1974. Researchers at the Medical College of Virginia, who had been funded by the National Institutes of Health to find evidence that marijuana damages the immune system, found instead that THC slowed the growth of three kinds of cancer in mice - lung and breast cancer, and a virus-induced leukemia.

The Washington Post reported on the 1974 study - in the "Local" section - on Aug. 18, 1974. Under the headline, "Cancer Curb Is Studied," it read in part: "The active chemical agent in marijuana curbs the growth of three kinds of cancer in mice and may also suppress the immunity reaction that causes rejection of organ transplants, a Medical College of Virginia team has discovered." The researchers "found that THC slowed the growth of lung cancers, breast cancers, and a virus-induced leukemia in laboratory mice, and prolonged their lives by as much as 36 percent."
"News coverage of the Madrid discovery has been virtually nonexistent in this country. The news broke quietly on Feb. 29, 2000 with a story that ran once on the UPI wire about the Nature Medicine article," complained MarijuanaNews.com editor Richard Cowan , who said he was only able to find the article through a link that appeared briefly on the Drudge Report Web page. "The New York Times, The Washington Post, and Los Angeles Times all ignored the story, even though its newsworthiness is indisputable: a benign substance occurring in nature destroys deadly brain tumors," added Cowan.

On March 29, 2001, the San Antonio Current printed a carefully researched, bombshell of a story by Raymond Cushing titled, "POT SHRINKS TUMORS; GOVERNMENT KNEW IN '74." Media coverage since then has been nonexistant, except for a copy of the story on Alternet.

It is hard to believe that the knowledge that cannabis can be used to fight cancer has been suppressed for almost thirty years , yet it seems likely that it will continue to be suppressed. Why?

According to Cowan, the answer is because it is a threat to cannabis prohibition . "If this article and its predecessors from 2000 and 1974 were the only evidence of the suppression of medical cannabis, then one might perhaps be able to rationalize it in some herniated way. However, there really is massive proof that the suppression of medical cannabis represents the greatest failure of the institutions of a free society, medicine, journalism, science, and our fundamental values," Cowan notes.

Millions of people have died horrible deaths and in many cases, familes exhausted their savings on dangerous, toxic and expensive drugs. Now we are just beginning to realize that while marijuana has never killed anyone, marijuana prohibition has killed millions.

Posted by Defender of Liberty at 10:32