Eddy and the BNP Reform Con 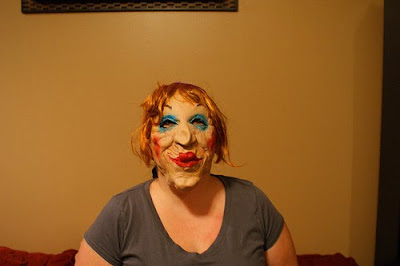 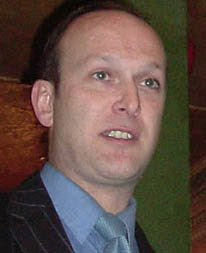 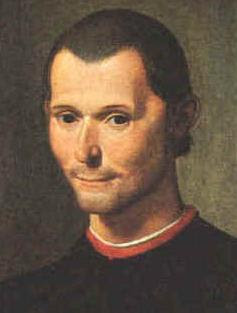 
I note on Eddy Butlers latest blog post that he blames the British Freedom Party and myself personally for the failure of the reform group, that he led, to oust Nick Griffin as leader of the BNP.

Thats strange, as I was never even a member of the reform group.

Well to be frank Eddy has to blame anything and anyone but himself, as usual, but the recent revelation of Eddys dealing with the EDP, and the increasingly shrill attempts by his idiot sock puppets like Sharon Ebanks on the BDF forum to justify his duplicity whilst attacking me personally, raise some interesting issues.

I never got involved in the reform group simply as it was Eddys way to gain himself power in the BNP - and I have been opposed to Eddy being the leader of the BNP all along.

The reform group was set up to seek reform inside the BNP, it was then hijacked by Eddy for himself.

Eddy is not suitable to lead the BNP, simply as he is Nick Griffins twin as regards his personality and because of the various 'wrong 'uns' who surround him.

A BNP with Sharon Ebanks, Jim Dowson, Paul Golding and Mark Collett in it would be the political version of The Munsters - a collection of freaks and crooks more at home in an mental institution or a prison than in a political party seeking public support.

What is tragic most of all though is the damage done to the BNP by the Eddy Butler Reform con itself.

All the time that the Reform Group have been seeking to change the BNP, Eddy and his cabal of drooling, swivel eyed sock puppets hijacked and split the reform group for their own agenda - to tear the BNP apart and allow the EDP to exploit the resultant damage.

Eddy was happy for Simon Bennett to design and run his leadership challenge website and the reform website, but refused to publicly support or back Simon for the abysmal treatment meted out to him and his family. Aside from lying that Simon was behind his website, he is now back in bed with Dowson and Golding - the two equally responsible for the BNP collapse as Griffin is!

This was a disgusting thing to do.

I left the BNP as I believe that Griffin is now a toxic leader who alienates public support for the party, which will be proved when the BNP get ZERO councillors elected apart from those who are unelected into positions on parish councils.

We set up the British Freedom Party as we believe that Griffin will never run a fair leadership election in the BNP under his Stalinist constitution, and therefore staying in the party and hoping for change was a total waste of time.

At no time did we seek to damage the BNP or poach BNP members.

We do not - and never have - sought to steal BNP members from the BNP.

What we wanted, and still do, is for the BNP to remain a viable racial nationalist party so that the racial nationalist ideology exists as a political choice in our so called 'democratic system' for people to vote for and also to ensure those undisciplined members of the BNP who are not motivated by reason but by hate, of which there are a sizeable group sadly, to remain where they are and not to infect our party with their factionalism, hatred of other nationalists and petty ideologlical feuds.

Our problem as a party was that we recruited into the Freedom Party a tiny collection of pseudo-nationalist reactionary Tory egotists whose ill discipline and treachery, learnt by osmosis via them once being in the BNP and the Reform Group, caused damage to the Freedom Parties development.

Luckily they are gone now and we can refocus on growth, but the damage done by this tiny collection of numbnuts and martinets had caused us real problems.

The fact that those people were members of the Reform Group, and also disgruntled ex-members of the BNP with a chip on their shoulders, should have alerted us to their unsuitability as people to be given positions in our party.

We live and we learn.

But the greatest tragedy of all has been the damage done to the BNP by the BNP reform agenda in order for the EDP to benefit.

Though we have had issues with Griffin as individuals, and we also believe the BNP as a brand has been damaged by Griffin, we do not want the BNP and its ideology to be destroyed.

The reform agenda has benefited neither British Nationalism nor English Nationalism, all it has done is benefit a cabal of SinnFein adoring civic nationalist lickspittles who want to break up the British union in a fit of political pique and then work with ex-IRA terrorists to destroy the sacred unity of our nation itself.

That is unnaceptable to us as British Nationalists.

I like Edddy Butler, he is a man of enormous talents undermined only by his enormous ego.

If he could keep his ego on a leash, and control his innate Machiavellian nature, then he would be a real potential leader for the BNP.

But he cannot do that - for it is part of his political DNA to play insidious political games in the shadows whilst using his coterie of brainless sock puppets to fetch and carry for him.

The use of the reform agenda to undermine the BNP to benefit the EDP is disgraceful.

Those complicit in that treachery should be ashamed of themselves.

We in the British Freedom Party wanted solely the best for the BNP, until we decided to leave the party and form our own.

The decision taken by Jefferson to launch his own idiot army of BNP sock puppets to attack us on the internet was a very stupid thing to do - simply as we never represneted a threat to the BNP.

There was space enough in the nationaloist political spectrum for both our parties to benefit - but once we were attacked, then we had to respond in kind - and be assured that if we are attacked again in the future by any side at any time we will respond again - with all guns blazing.

We do not just lay there when we are kicked and take it.

Rather we will rip the leg off those that kick us and then club them to death with it - rhetorically and metaphorically speaking of course.

Peoples best bet is to just leave us alone and let us get on with what we need to do, for the more we are attacked - then be assured we will respond.


But my primary message is this.

I wish to pass on to all BNP candidates brave enough to put their heads above the political parapet and stand for election in the forthcoming local elections all our best.

We hope you do well and that British Nationalism does well, though we also believe that this is not likely to happen.

But the fact remains we salute all those brave British men and women who have chosen to be BNP candidates in the elections.

You are the people whose honourable actions reedem our nations disgrace at the hands of the corrupt political establishment.

We also salute all those other nationalists from all nationalist political parties also standing in the elections and also wish them well.

As for the EDP, we hope they fail to get a single councillor elected.

For that they deserve nothing but contempt.

Well put.
I agree there is room, and a gain in strategic advantage, for more than one front.
Perhaps a bit harsh on Jim and Paul though.

paul deserted his voters and the damage was superbly detailed by lee in a past post.

Jim was in it mainly for the money - percentages divided out and little of what was raised appears to have benefitted the party to any degree, it just exhausted the `donate` requests to the point where it is now almost redundant.

thats not to say that it wasnt worth a try only that i see little benefit from its legacy, the BNP should have paid Jim as a consultant to set us up - thats it.

insread we got division due to percentages being handed out without consultation.

Nick was right to try these new methods but handled it badly, i think even he would accept that now.

th fallout from this had a knock on effect that got out of control - in short it was a cock up, but some of the blame must also be laid at the door of those eager to cause maximum division over it.

as for an alternative party, it matters little, their are countless where the public know so little about them that they are rather irrelevant.

however i dont see it as positive, more a net negative especially in view that the medioa will use this to illustrait that the BNP is too extreme and is splitting and by the same token the media will claim the new party is full of extremists, i dont see any positive at this late hour.

Christ that top image does look like Ebanks first thing in the morning.