The South Will Rise Again ! 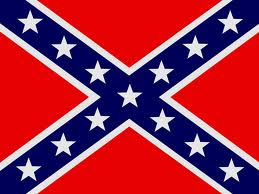 The American Civil War was not about freeing slaves, it was about the creation of a Federal government to replace states rights and the takeover of the South by the bankers and business people of the North.

It was about power and profits, not slavery and liberty.

You believe what you are told by the media.

You do not do the rsearch for yourselves.

Hence you are a slave in mental chains.

There are more slaves today, of the Federal Government, media and the corporations, than their ever were before the Civil War.

And when the Federal Government collapses into debt and economic chaos - THE SOUTH WILL RISE AGAIN !


A century and a half after the opening shots of the U.S. Civil War, nearly four in 10 Southerners say they still sympathize with the Confederacy.

That's according to a new CNN poll released on the 150th anniversary of the start of the Civil War, when Union soldiers raised a U.S. flag over Fort Sumter in South Carolina and the opening shots of the war rang out. The poll's results reveal that the war that divided the nation for four years still divides American public opinion today.

In the South, 38 percent of respondents said they sympathize with the Confederacy, which lost the bloody war. More than 600,000 American soldiers on both sides were killed. Overall, the number from all geographic areas who said they still side with the South is less than a quarter.

Tuesday was the 150th anniversary of the first shot fired in the Civil War, when Confederate guns fired on the fort.The poll also reveals divisions over what Americans see as the reason the Civil War was fought. Overall, 54 percent of respondents said they believe the war was over slavery, and 42 percent said that wasn't the main reason. Those percentages didn't change substantially when it comes to Northerners versus Southerners. But the issue of slavery was different for respondents from opposing political parties, and different races.

The poll also examined whether the responses of tea party supporters were different from those of Americans who described themselves as opposed to the grass-roots conservative movement, or those who said they were neutral to it.


Tea party supporters were only 2 percent more likely to have sympathy for the Confederacy instead of the North, and that difference falls well within the poll's margin of error for that question. Tea party supporters were 9 percent more likely to say they have "some" admiration for the leaders of Southern states during the Civil War, compared with those who said they oppose the tea party. But compared with the poll's overall numbers, their views fell within 2 percentage points of the general population -- again, within the poll's margin of error.

The poll was conducted by CNN and the Opinion Research Corp. Pollsters surveyed 824 adult Americans by phone between April 9 and 10. The poll's overall margin of error is plus or minus 3.5 percentage points, though the sampling errors were slightly higher for some questions

Posted by Defender of Liberty at 23:43

Little known fact...there are currently a dozen or less people still alive who's father's were civil war veterans! Literally their Father's were in the civil war, they married later in life, some 60-70 year olds married 16 year olds who were attracted to the war veterans as the vets had lucrative war pensions and the widows received these after their vet husbands died.
http://www.nashvillescene.com/pitw/archives/2009/10/06/sons-of-civil-war-veterans-still-alive