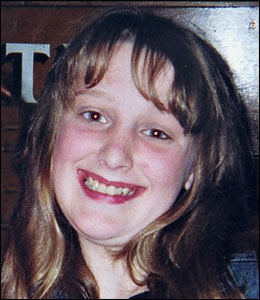 Image - Charlene Downes, groomed , raped and murdered by Muslim rape gang and then her body was minced and put into the kebabs sold in the kebab shop owned by the rape gang. 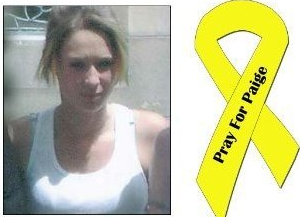 The Times today has a devastating expose of the extent of muslim rape gangs operating in Blackpool linked with murders and rapes of white schoolgirls.

ELEVEN of the muslim owned takeaway shops in Blackpool are running rape gangs.

And the police hid all this from the parents of local white children in order to ensure 'community cohesion'.

It is time the EDL staged a demonstration in Blackpool.

It is also time that these takeaway shops were closed down - and if the police and council do not do it, then local people must.

SELF DEFENCE IS NO OFFENCE.

Local people must organise small cells of trusted activists and target these premises for direct actions.

These actions must continue until those premises are shut down - as the police are as complict in the rapes as the rapists as they refused and still refuse to release that information to the public to protect themselves.

The police are now the enemy of our own community - they are agents of the rapists and assist in their crimes by hiding that information from the public.

The police by refusing to identify those premises to the public that are linked to organised rapes and grooming of white children are in fact causing racism in communities, as innocent muslims will get caught up in the fall out when this all erupts on the streets sooner or later.

Therefore in order to protect innocent Muslims, the guilty ones must be named.

The white community must begin a campaign of civil disobedience and protests to highlight this issue and to get the police and politicians to start to deal with, and not brush it under the politically correct carpet.

If any police officer in Blackpool has a moral conscience and wants to protect both our community and innocent Muslims - then they must release the names of the fast food shops involved in the rape and grooming.

If the police refuse to release that information - then innocent people will suffer as a result.

It is time for the white community to rise up.

Only when the system realises that we are not afraid to resist the rapists and their police collaborators - only then will the system act to stop the rapists.

In America the black community had a slogan they used to chant when they fought racism ;

NO JUSTICE - NO PEACE

That is the slogan we must now adopt as the cry of a new movement to protect our community from the rapist animals in our country being protected by the police and politicins.

The time has come for us to form local militias of militant patriots dedicated to confronting the rape gangs in our communities.

White, black, Hindu, Jewish, Sikh and moderate Muslim - we are all at risk from these rapist scum.

This is why a new movement must arise that unites us all to target the threat to us all.

The white community have betrayed their own children, as they have acted only as gutless cowards who have sat back whilst these rape gangs have grown and proliferated in their communities and across the country.

The fear of being called 'racist' has turned the White British people into cringing, gutless cowards who will not act to protect their own children from these criminals.

Sooner or later these rape gangs will start to target other communities not just the white community, and therefore we are all at risk - white, black, Hindu, Sikh and Jew and moderate integrated Muslims who do not dress their children in burkhas.

All our children will become their prey.

The failure of the White community to resist the rape gangs has opened the door to the rape gangs targeting vulnerable ethnic minority communities across our country.

A few march pasts of hundreds of balaclava clad activists past these rows of shops would send a strong message to the rapists, the police and the councils.

If we do not resist the rape gangs they will continue to target our community.

Only when they fear us will they stop.

The organised rape of children is one of the greatest crimes against humanity possible, second only to genocide.

The fact that this crime against humanity is endemic in our nation means we must rise and resist it.

From the Times today:


Charlene Downes and her friends called it “Paki Alley”. When they were hungry, wanted cigarettes or alcohol, or needed top-up credit for their mobile phones, they knew where to go because you could find almost anything down the alleyway. For a price.

What Lancashire Constabulary uncovered when Charlene went missing from home in 2003, however, was almost a factory production line of child abuse involving the systematic grooming and sexual exploitation of dozens of young girls by a closely linked group of men.

The force’s initial “problem scan” identified more than 60 local girls, the youngest aged 11 but most aged from 13 to 15, as being “exposed and vulnerable” to men operating from a cluster of “honey-pot” locations in the town centre, all takeaway food premises.


Children, many from troubled homes or in the care system, had been befriended by older men who flattered their desire to be treated as adults, showering them with gifts and affection before using them for sex both inside and outside the takeaway outlets.

The scale of the criminality was so disturbing that one of Britain’s first multi-agency child sexual exploitation projects, Awaken, was swiftly established in Blackpool to target offenders and offer support to vulnerable girls.


Ooh, but we can't tell the truth about it!


A decision seems to have been taken at an early stage that one aspect of the abuse made the police findings too sensitive to be revealed publicly. In 2007, an unpublished report by police and local authority representatives from Awaken stated: “Analysis showed that in relation to the takeaways, non-white adult males working alone or within friendship groups were principally perpetrating the exploitation.”

A former senior Lancashire police officer cites “concerns about upsetting community cohesion” to explain the long-standing reluctance to acknowledge publicly what was a very specific offender profile in a town where 96 per cent of the population were white.


This line is prominent in almost every story about the Muslim rape gangs:


Why do they constantly emphasise this? The population is still 90% white. It's hardly surprising that the majority of sex offenders are white. When it comes to group rape, however, the perpetrators are overwhelmingly members of ethnic minorities:


A totally different picture emerged from cases where there were multiple defendants preying on girls aged from 12 to 15, whom they met in town centres, on street corners, inside shopping malls, outside school gates or at bus and rail stations.

In 17 such court cases since 1997, 16 of them from towns or cities in Yorkshire or Lancashire, a total of 56 men have been convicted of crimes including child abduction, indecent assault and rape. Of those 56, 50 were Muslims and most were men of Pakistani heritage.

Across other areas of northern England and the Midlands, groups of Iraqi Kurds and refugees from Afghanistan have been identified by childcare specialists as perpetrators of similar collective sexual exploitation.

In Blackpool, many of the owners and workers in 11 “honey-pot” food premises identified by police were of Middle Eastern origin.

Charlene knew several of them. Her sad story was of a child whose home life was so chaotic that the night-time streets, no matter how dangerous, held the promise of escape, excitement and companionship.


The Times spoke with a girl who knew Charlene:


A young woman who knew Charlene, and whose identity The Times has agreed to protect, was 13 when she first came into contact with several of Blackpool’s takeaway workers. She has not forgotten the initial allure.

“They were older than you and you thought they were your friends. It all seemed so glamorous and exciting and young girls were drawn into it: the flash cars, the money, the alcohol, free food, sometimes drugs.”

She named two men in particular. Both are still closely linked to separate food outlets in the town. One “was married with kids, had a really young English girlfriend on the side but still chased after other young girls.

“He was a filthy old man. He used to offer me drugs because he said they would loosen me up. He made my flesh crawl.”

The other man “would say some awful things about white girls” yet was happy to proposition “literally every pretty young girl who’d hit puberty that came into his shop.
“He had no respect for us, the way we dressed, the way we drank, how forward we were. It was as though white girls were asking for it. He’d say that all English girls were slags, unlike Muslim women who wore the hijab and walked five steps behind their husband.”

Posted by Defender of Liberty at 01:02

info leaflet Blackpool about this....

last night on sky news anna botting made a joke of the fact that charlene downes was murdered and fed to tourists as kebabs. She said "dont go for a takeaway in blackpool then" and her and the other two clowns all laughed. Email sky and let then know how laughing at children being murdered is highly unprofessional and just plain rude. email news@sky.com

The EDL have had two demonstrations in Blackpool

I think they need to organise a new one right now to focus on this specific issue of the news about the grooming gangs - and to get the kebab shops shut down in the town that are involved in the rape campaigns.

I am sure I have mentioned this before somewhere but it's worth repeating.

In all of these atrocities reported, where details are disclosed, I've yet to hear or read of any mention of any of the victims' biological dads.

In which case, with the dad absent, the first and foremost line of protection for any young female is removed. The article does describe Charlene's home life as "chaotic," which in turn explains much of why she became vulnerable.

Restoration of the traditional nuclear family should remain an essential priority for any genuine nationalistic movement.

Under Charlenes Law, we will report all the pedophile antics of Muslims and the way they treat females in general.
All reports of Muslim rape crime and statistics of Islamic Countries.

For instance it is actual fact that there is over 100,000 reported rapes in Islamic Country's every month.bare in mind, the sentence by the Sharia law if a woman has sex out of wedlock, she is guilty full stop, so your guess is as good as mine as to how many rapes are really being committed.

"You must all realise" that rape within the Islamic Culture is as normal as we the real British have a cup of tea with toast in the morning.

There are now specialist care centers in most Islamic Countries for specifically dealing with Honor acid attacks.The way these monsters treat women is absolutely fucking abhorrent.

enough is enough, this will be our stand..

It will be the name of Charlene Downs that will cover the Horror of Muslim sexual degradation and of females within Briton and Europe.

so the NWO has started it's scapegoat plot full force, i wondered when it would start, wec heard the straw mans mutterings as if they give a crap after years of cover up - whats changed - demographics.

while these events are sickening what is more sickening is the problem reaction solution you are all being led down, no doubt the pathetic EDL will be at the forfront atacking the scapegoat while embracing the genocide of the british and slagging of nationalistr parties = NWO tools..