The Nightingales and the Sparrowhawk 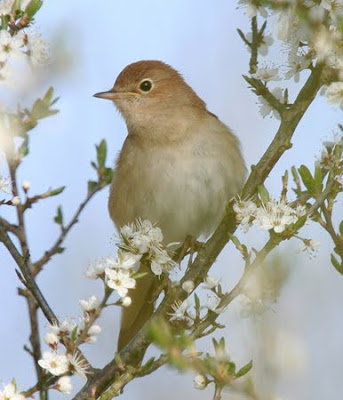 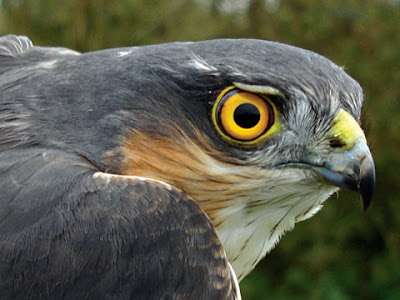 The other night, as a full moon sat shining like a polished silver dollar high in the night sky and rolling slowly westwards, I sat out on my balcony and listened to the songs of nightingales coming from the dark woods nearby.

And in the midst of all that sacred beauty, beneath a night sky shining as though made from shimmering pale blue silk sprinkled with a myriad glimmering stars, I sat all alone in the darkness listening to these little angels sing.

Probably not one person where I live would even be capable to identify a nightingale by its song.

How many even know of nightingales ?

Their minds are full of mcdonalds adverts, pop songs and the plastic thoughts, trinkets and toys of an over populated species on a dying planet.

To them such simple beauty is as distant as another world.

Not one of them would know that only for a few weeks a year do the nightingales sing as they return to Britain after a 3000 mile journey from their winter quarters in West Africa.

Not many people would take the time to even seek to hear a nightingale sing.

Our world is a pitiful place, a sickness perched upon an abyss.

That way we begin the process of returning beauty, for sooner or later the seeker and the sought always become The One and the same.

Amidst such souless wastelands, do we the last of the people of Albion live in silent exile, forever seeking out and ekeing out such rare moments of beauty as do miners in dark caverns seek to dig out diamonds with their bare hands.

Beauty comes in many forms.

This morning I watched a sparrow hawk eviscerate a dead wood pigeon that it had pursued in flight into a collision with a third floor window of one of the nearby flats.

Once the pigeon had dashed itself upon against the glass, and hence had mortally wounded itself, it had fallen to the ground beneath.

The sparrowhawk had then flown down and swiftly mantled the dead pigeon. Then with its hooked beak, vicious as a bill hook, began tearing away the feathers from its carcass and devouring the warm red meat beneath.

As it eviscerated the dead pigeon it watched me from a distance of around ten feet, its bright black eyes adrift in pools of yellow were defiant and unafraid, and gripped even tighter its prey with its fierce talons - determined not to let it go.

When our people do the same for our country and countryside, grip them hard with our fierce talons and also refuse to let them go, then we know the age of beauty will have once again returned.

Posted by Defender of Liberty at 09:21

We're on the same wavelength, Lee.

Love this start to my day, thanks Lee
D.H

The neighbour next door cut down Three large trees behind my house, the other day. They had been there about 50 years or so.

They were home to many types of Birds, Bats and other wildlife. I would often see through my window the various birds perching, singing, playing and feeding. But no more. No more Song. No life.

There was no good reason for this action. But simply to contunie the filling up of a strip of land that was once Bio Diverse, with decking platforms, and other consumer detritus ....

I felt such rage

I love your description and have never had the pleasure of hearing a nightingale... but would love to. I am with you 100%...