The Plan for the EDP Exposed ! 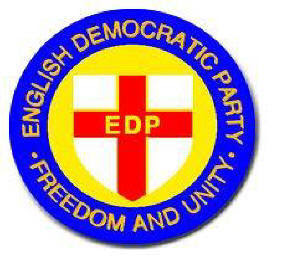 I listened to Eddy Butler on the British Resistance site last night.

Thanks to this chat I now realise what Eddys strategy is.

This is confirmed by a post put up by Morris himself ;


" But it was Eddy's response to the question about the English Democrats that had me worried and start looking down a different path to where Eddy seems to want us to go. Although he did not say it in so many words he seemed to be pushing this Party a little bit too much for my liking and I would like him to clarify the situation via his site.

Basically it seems that Eddy's idea (or one of them) is for the English all to rush off and join the English Democrats and for the Welsh, Scots and Irish to go off and form something similar in their countries. They would all then operate as independant areas, each with their own party chairman, etc. "

This is why Sharon Ebanks and others are now undertaking a systematic plot of entryism into the EDP, in order to take over the EDP and use it as part of this plan for regional parties to replace the BNP as a national party.

This idea will never work.


The fact is that any regional nationalism is the precurser to the disintegration of the United Kingdom.

The pathetic Scottish Parliament, a mewling multi-cultural, politically correct joke, and its pitiful Welsh Parliament counterpart need to be dismantled, not an English version added to the present chaos.

The problem in our democracy is that we have allowed too much of our national sovereignity to move outside Parliament and into the UN, supra-national globalist institutions like the World Bank and others, into the EU, NATO etc etc

We need to repatriate all those powers from those external institutions and repatriate them to Parliament and to the British people.

At the same time we need to ensure that the cleverest people in Britain, not just the witless party political carreerist lackeys who brown nose their way up the greasy political party pole, get into power.

We need a meritocracy not a pseudo-democracy run by banksters and media barons.

That means we need a new political system based on individuals appointed into Parliament solely on merit and intelligence, as opposed to them being the pathetic functionaries of corrupt political parties funded by crooked hedge fund traders and foreign media barons who can buy elections.

Therefore the plan is stillborn before it can even draw breath.

What we need is a new form of British Cultural Nationalism that can unite the Scottish, Northern Ireland and Welsh Nationalists in a new vision of nationalism that protects the indigenous ethnic folk of our lands, that supports the promotion of our indigenous ethnic folk cultures and that promotes a view of Britishness and British culture based on the promotion of all the indigenous folk cultures of our lands that form the basis of the British nation and British culture.

Thats why we have created in the British Freedom Party.

EDP same as the EDL and Ukip. A dead-end trap to ensnare the unwary, and divert from the true cause.

"The fact is that any regional nationalism is the precurser to the disintegration of the United Kingdom."

Lee the NWO have already taken us down this path - devolution = disunity.

However in light of this clear plan by the NWO to disunite the UK, nationalists need to be ready for any such program.

I would however recomend that should the time arise that is be orchestraited by one party and that would be the BNP, the largest nationalist party with the widest reach.

until that time any such factionalism is aiding the NWO as at this moment in time the slits are not political other than reginal assemblies which have no real power beyond what the NWO gives them, on a national scale it simy dilutes your appeal especially in light of the fact that we dont currently have an english assembly.

The fact you think cultural nationalism is BS is irrelevant.

You are a racial nationalist.

Cultural Nationalism isnt for racial nationalists, it is for the general public.

You know - those people who have to vote us into power so we can save our country and culture and folk.

I have a project idea called 'The British Renaissance Exhibition' in video 'trailer' . Could get it to you for your views...

sounds good, got a link ?

I haven't a blog anymore or facebook account..so no link..sorry

What we need to follow on to what you speak of is a structured pyramid network, from grass roots to the power House.

That's all we need to do is bring all Nationalists or persons with a National/Patriotic cause together from every single movement to establish several basic tenants.

After 12 months or so, your FNN site will have a mass vote on these basic Values, lets say 15.

The 4 or 5 most popular vote will form the basis for a serious British movement that all fractions and associated members of all parties will vote for.

Then and only then after we have mass support will the ultimate Nationalist party be formed.

Starting a new party, EDP , BFP etc etc etc will never ever gain Political power and will end the same way as the BNP.

We will work on the basis that no one else has, for British unity.

Lee as i said CN is BS, your pathetic attempts at defining the differences is laughable, especially in light of the fact that they all expediantly throw away their principles to gain THIS MYTHICAL `exceptance!`

who defines this exceptance Lee?

Not only is it BS but it plays into the hands of the enemy, the enemy that will NEVER cut you any slack unless you become their puyppet.

for one you will be branded as tokenisic - which is what it is, just as the BNP were when it made changes to its policies.

second, no ethnic minority will touch you with a barge poll once the media tar you - and they will!

thirdly it is tripe ideology that has been proven to be BS on almost every practical level, many of these points highlighted by yourself in past posts, you would end with either a caste system, a separatist system, totalitarianism or the british bred out.

now it is interesting to note that you admit it is just expedient tripe which you moronically think will gain you public support.

now you might argue the toss over your differences with the english democrats and all the rest of the pseudo nationalists but are as far as the public are concerned your ideology is all the same and that ideology does not appeal to all it appeals to NO ONE and then we havent even got to the part where the press will slander you and many nationalists who join you as an ex BNP Nazi!

you are playing the game of retreat before the real battle has even began, running away just like the bnp did and it got them knowhere, the hard truth is all we need, not capitulators and collaborators like you, soon enough the british will see for themselfs the sorry mess the NWO has created and they will view collaborators like yourself with contempt.

strong you aint, but thanks for admiting your whole ideology is just expediant BS.

a man of real principle!

"The fact you think cultural nationalism is BS is irrelevant."

how can it be irrelevant you muppet when CN is part of the theme of your post i replied to, constantly peppers your blog and is a valid critism - on closer inspection on just about every level CN is BS, expediant BS at that.

I don't believe you even believe in this BS but as you hint in your reply rather missguidedly see it as a way to gain popular support.

still what else could you do after burning your bridges! burn some more it would seem by ailienating the majority who looked to you for hope. You mock Butler but what you miss is that everyone sees you as in the same boat and while you can argue the toss over the differences between your mulato parties, no one cares.

you sold them and yourself out - end of.

Sorry, didnt know where to put this

see what you think