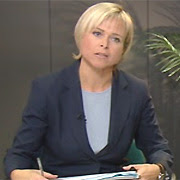 
Just posted on my blog ;

Last night on sky news anna botting made a joke of the fact that charlene downes was murdered and fed to tourists as kebabs.

She said "dont go for a takeaway in blackpool then" and her and the other two clowns all laughed.

Email sky and let then know how laughing at children being murdered is highly unprofessional and just plain evil.

It appears that a guest on the show, the ridiculous tart wife of the speaker of the House of Commons John Bercow, Sally Bercow, made the statement.

Heres some advice John - if your wife cant keep her mouth shut then stick a muzzle on the bitch.

The fact is that it was Bottons TV show, it was her guest and after the comment was made and she laughed at the comment.

Therefore she is guilty as the stuipid bitch that made the comment.

She needs to be sacked for the comment her guest made.

Regrettably, this kind of desensitivity in the corridors of power and the press is not new, as you'll no doubt recall the Jo Moore case.

I did watch and specifically notice the scum slut laugh after she joked about such a sickening evil incident.
Now there is a cunt who should be arrested and tried as an accessory to murder.
I don't say that lightly, the likes of the dirty piece of shit, are the ones who knows exactly what is going on and how they are personally covering it up; for money !!

When our people wake up, she and her toff nosed chums should be made to send their youngest relatives there on their own, then we will laugh at the Evil cunts.

We will now embark on a very serious well mass organized drive against the disgusting inhumane Muslim treatment of Children.

We will not just emphasis the mass epidemic child rape and how it is completely ignored by the scum traitor establishment Zog media. We will dedicate a permanent section on all Blogs and web sites devoted to Charlene Downs.

We will need an excellent video singling the seriousness of the cunt Anne Botting with the contrast of Stephen Lawrence.

But also recognize that we do not want that to dominate the matter at hand.

A permanent section on the BNP Home page

A permanent section on the EDL Home page.

Wigan and so on


This is an immensely important marker for us all, we must unite and take this stand.

We will make Nationalist history with this single issue and the result will encapsulate a a firm rod to beat our enemy's with.

As Winston was remembered for defeating the Nazis

As Mandela was remembered for his 25 years in prison.

As Vienna was always remembered for defending and defeating the savage Muslims at its gate.

Nationalist revival will have a firm mark as Charlene Downes.

had charlene been an ethnic do you think they would have laughed and joked?

Here's the cunts husband's email, go let him know what an evil cunt his wife is.

Churchill knew about holocaust and did nothing said...

Just complained, just sent this article to my contacts.
Perhaps if everyone did this all Nationalists can at least be united on the internet.

Just a snippit of what Anna Cunt Botting finds so funny

The facts are endless, all Non Islamic Nations where Islamic enricher's have migrated in mass are epidemics of mass gang rape.