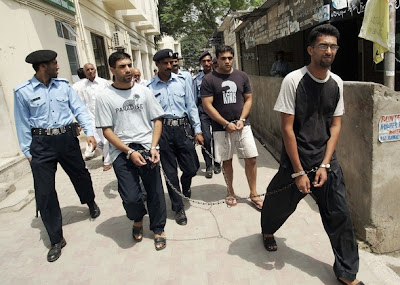 The killers of Kriss Donald arrested after fleeing to Pakistan and going into hiding on their way to being returned for trial in the UK.

Criminals hiding from justice in the vast illegal immigrant communities we have in the UK ;

Wonderful members of travelling community who enrich our neighbourhoods with their quaint customs (but you cannot say anything or else the PC PC Plod will arrest you ) ;


War criminals hiding in the UK including a Rwandan Catholic priest who killed 2000 people by bulldozing them under his church ;

Posted by Defender of Liberty at 06:30

While its appropriate to be honest about crime, I'm certain that there are plenty of law abiding immigrants in the UK. You know what happens when you focus on the crimes of others and not your own?Things spiral out of control (look at the US as an example). If whites in your country face a criminal threat from nonwhites for the most part, I'll stand corrected.