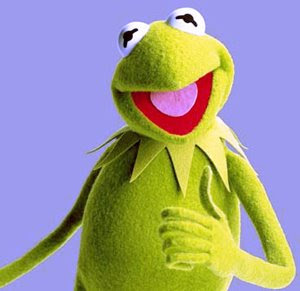 Image - kermit the Frog, friend of Basil Brush and witness to the abuse he receieved from the BBC. 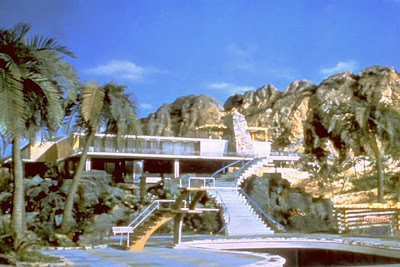 Image - Tracy Island where Basil Brush was abused by the BBC. Note the superb recreational facilities and the pool. 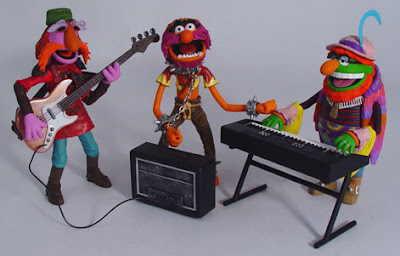 Image - Animal playing drums in Pete Dohertys new band, The Smack Rats. Peter was unfortunately to attend this publicity shoot for the band as he was in hospital after injecting heroin and overdosing.


Kermit the frog who was a witness to the telephone call received by Basil Brush from the BBC has said this about the incident, " I have known Basil for over two decades. We are great pals and often I fly to the UK and have a holiday with him and the lads from Thunderbirds at the Thunderbirds HQ. They have a fantastic sports area and the pool is superb by the way. Anyway I was sipping a pena colada and listening to some Megadeath on my Ipod when Basils phone rang. I saw his jaw drop and then he put the call on loudspeaker. Christ almighty, you should have heard what this complete loony from the BBC was saying to Basil. Racist, Racism, gypsies are valuable members of our communities, gypsies enrich our neighbourhoods, who would sell clothes pegs door to door without them blah blah. Then she threatened Basil and said, " You ever say anything like that again you fox bastard (which I found speciest by the way) I will have you gagged and stuck in a sack in the back of cupboard in the BBC props room beside the fucking Klangers ". It was terrible, Basil was well upset."

Kermit then revealed some interesting news on the other muppets, " To be honest the last time I heard anyone sound so deranged was when Fozzy the Bear came into work one morning after spending the weekend eating hallucinogenic mushrooms with Animal. I told him never go out with animal as he would be spiked, but he did not take my advice. Animal is now the backing drummer in Pete Dohertys band by the way".

Kermit has said that although he is an American citizen he supports the BNP and will ask other puppets in the US to give them their support in future elections to make sure the New Labour sock puppets do not create a false perception in the minds of the public that all sock puppets are new labour supporters ".

Labels: animal from the muppets, kermit the frog, Pete Doherty

BNP Set for Massive Gains in European and Local Elections

google.com — In Manchester, One of Prime Minister Gordon Brown's worst fears is unfolding before Thursday's European Union elections. "With the EU, we've gotten the government Hitler wanted. They have the central bank, central power, and we (Britain) can't move or do anything without their say so anymore," said Nick Linksey, 52, a car insurance salesman.