This is how much it takes to keep us down. 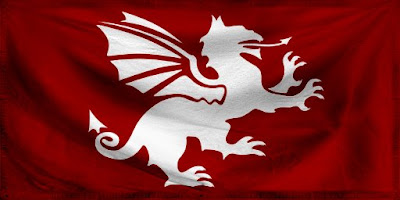 In order to understand how much interference there has been in this election and how long it has been going on and how well organised it was then read the article linked below ;


" Their failure to exploit these unique circumstances was in no small part due the mass mobilisation of opposition to them on the ground; a new politics of "Hope not Hate" forged beyond the Westminster beltway with unions, churches, voluntary groups, students and sometimes local political parties. The volume of literature distributed outstripped that of the main parties. Local "Hope not Hate" groups distributed 3,400,000 newspapers and leaflets; 1.6 million being hand-delivered in the North West alone, 850,000 leaflets in Yorkshire and Humber. On one day, 48 hours before the election, we held 180 simultaneous activities and hand-delivered 500,000 leaflets.

Over 50,000 people volunteered for our online campaign and 1,500 people donated. We placed anti-BNP articles in the national newspapers on a daily basis and our eve-of-poll email was sent to 600,000 people, the biggest single email in British domestic political history. We estimate that 5,000 people took part in the on-the-ground campaigns around the country, many for the first time in their lives. "


At the same time as we had the organised Left undertaking mobilisations against the BNP in alliance with the Trades Unions, we also had the Capitalist owned Corporate Media attacking the BNP in every newspaper, magazine, trade periodical and news channel every single day.

Along with that we have had violence, attacks on BNP representatives and ballot boxes broken into and votes stolen.

Fake leaflets were printed up by the Far Left in association with Labour councillors and MP's and issued by trade unionists using our name to attack the Gurkhas to undermine our vote.

These leaflets were then printed in The Sun newspaper.

We also had every political party involved in the election attacking us.

We had Blue State Digital, the Obama internet support team, were also hired to organise an internet based campaign against us whilst Russian hackers launched massive DOS attacks against the site.

We were denied the right to go on hustings, enter into debates and defend ourselves in public meetings.

At every level the Establishment applied pressure to undermine our vote.

This is not a democracy, this is a Banana Republic.

It took the combined forces of the Corporate Media and the Far Left to undermine our vote, but even then we still managed to take two seats.

That is a historic triumph for people power, and the start of the National Revolution.

The linked article clearly demonstrates that the Ruling Class view the Electorate as a threat to democracy.

How is this treatment of the Electorate different in intent from the machinations of Sir Robert Mugabe or the former Soviet Union?

The more the establishment attacks us the stronger we get - this is fundamental law of human nature.

Btw, see there's no news updates on Searchlight website - HAHA - Gable and his vermin hacks are so depressed they can't find the will to even spew out their filth and lies - must be bad for them.

To see Dimbleby's reaction when Nick won was priceless - he was so gutted it was tangible, also Nick Robinson was utterly destroyed also... after Nick won the whole atmosphere in the BBC studio was like someone had shit a corpse. Fantastic to see those smug, self-loathing bastards so gutted.

You' ve got to laugh Lee the Telegraph along with its hatchett jobs on Nick and Andrew straight from the pages of Searchlight even has a film of Anne Franks sister condemning the BNP!! The thing is the more the press go into hysteria the more the people just ignore it. The Telegraph then goes on to complain that Andrew didnt return their calls. Well I am sure he was up all last night and had no interest in speaking to a turd from the telegraph.

Since when have you believed anything published in the Guardian, Lee?

I just love it when you neofascist types quote me... and it's always that one line, over and over again, almost as if you haven't actually read any of my books.

I'm sure it must hurt to have received so much less of the vote than UKIP, but the BNP even polled less than the Swedish pirate party!

How does it feel to be even less popular than a bunch of computer nerds?

I hearthat there was intimidation at teh Polls from the left in Bristol.Trying to keep up with the intimidation that took place in the Obama election.

We hear that Shahid Malik, the expenses thief, protege of Blaers and mcb controlled jihadi taqiyyist of the religion-of-peace, has been "cleared", is
to become "communities minister".

Indigenous communities will, of course, be overjoyed.

A BNP article is here:
http://bnp.org.uk/index.php?s=video+shahid+malik

The result. The enrichment -

And if anyone is still in doubt, consider the attempted persecution and prosecution of CH4 after they exposed the reality of the religion-of-peace, which continues unchecked even now -

Anyone, especially indigenous Britons who feels and expresses alarm and disgust at the liblbacon/ukip program of endless conflict and genocide against us, or their clawhammer gangs who smash peoples heads in on the
orders of the liblabcon/ukip terrorists is labelled a "racist" a "fascist" and a "narzi".

Does it need to be made any clearer?

Yarr is another idiot who in his demented self-loathing mania has not even bothered to read some of the comments on the previous posts to see that his pathetic point has already been utterly demolished.

Our vote had the second highest increase overall, that is excellent... the fact that you idiots keep making these same comments shows how desperate and limited you are.

news.bbc.co.uk — BNP leader Nick Griffin has been pelted with eggs and forced to abandon a press conference outside Parliament. About 200 of "The Great Unwashed" Vile, Labour Party Supported UAF members disrupted the event, which follows the BNP winning its first two seats in the European Parliament. We now see that so-called"Anti-fascists" are the TRUE fascists.

Er, aren't you rather forgetting something? You know, the bit about representing one's constituents in elected office?

A little less exciting than cheering and shouting and marching for the TV cameras, sure, but wasn't that why they were standing in the election?

What did "we" loose again andraste?

So much for free speech eh Lee? I noticed how you didn't post my last comment here.

Free speech as long as it suits you eh?

What an idiot Stephen is... so how often to leftist blogs allow comments form BNP members? Never, so, er, free speech as long as it suits you eh?

I don't follow "leftist" blogs and I doubt you do either. Would you care to name one that has blocked your comments?

You just keep on avoiding my questions and making silly little statments in a vain effort to feel superior i guess. (and just to counter the most obvious comment you're going to respond with, no i do not feel superior to anyone).

P.S feel free to comment on my blog. I don't even vet the comments and would only delete them if they were offensive or obscene.