The UAF = thugs who attack the police 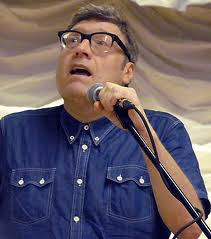 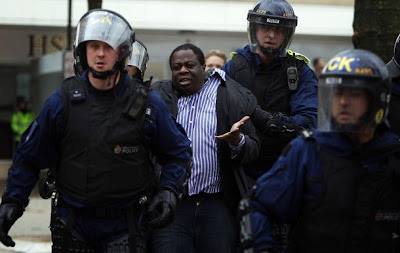 So the mask slips from the face of the UAF, and they stand exposed as the thugs and criminals they truly are.

Noe the filthy communist scum in the 'trades union's' who care nothing about British workers rush to defend the UAF thugs and smear the police.

UAF officer Martin Smith has been convicted of assault on a police officer in a verdict UAF believes is an attack on the right to protest against racism and fascism.


Five national trade unions gave Martin their backing ahead of his hearing, along with many other trade unionists, activists and musicians.

Around 200 demonstrators, with placards and union banners, gathered outside the court to show their support. Amid a tube strike, protestors came from across London – and included Oxford postal workers and supporters from as far afield as Manchester.

But magistrates convicted Martin on the word of a single police officer, despite the lack of evidence against him. He has been sentenced to a 12-month community order, with 80 hours’ unpaid work, and has been fined £450.


After the verdict, Martin thanked his legal team and his many supporters. He told those gathered outside the court that he maintained his innocence:

I never did it, and everyone knows I never did it. What’s going on is they are trying to criminalise antifascist protests.

But Martin pledged to continue the struggle. To applause, he said:

I ain’t going away and I ain’t going to back down. I’m going to continue to fight against the BNP and the English Defence League.

Martin, who is also national coordinator of Love Music Hate Racism, was arrested at last year’s protest against BNP leader Nick Griffin’s appearance on the BBC Question Time programme. Magistrates today convicted him of assault on a police officer on the word of a single police officer, despite the lack of evidence against him. He has been sentenced to a 12-month community order, with 80 hours’ unpaid work, and has been fined £450.

Mark, who spoke in support of Martin at a rally outside the court, issued an immediate rejoinder after the verdict. He said:

I am shocked at the verdict delivered in a magistrates court today, in the absence of any evidence, that Martin Smith, national co-ordinator of Love Music Hate Racism, was guilty of assault on a police officer at the demonstration outside of the BBC on 22 October 2009, against Nick Griffin’s appearance on Question Time.

Martin was present at a perfectly legitimate protest against the BBC for giving airspace to a fascist and racist organisation and their repugnant views.

The sentence of 80 hours’ community service that has been handed to Martin is a travesty of justice.

There is a danger that verdicts such as these provide encouragement for the abhorrent views of racist and fascist organisations and therefore it is crucial that across the labour movement we stand united in our condemnation of it.

At PCS we will re-double our efforts to campaign against the far right, including organisations such as the BNP and English Defemce League and we will continue to support Martin and other anti fascist campaigners when they are treated in such an unjust, outrageous way.

PCS will work with UAF and LMHR to fight the far right wherever we can and also to highlight the unequal way in which anti-fascist campaigners and activists are treated in comparison with racist and fascist thugs.
UAF joint secretary Weyman Bennett said:

There was no justice done today – none at all… What happened today to Martin is an insult to all of us, to everyone who wants a fairer society.

Mark Serwotka, general secretary of the PCS civil servants’ union, who spoke to protesters before the hearing, described the verdict as a “travesty of justice” in a statement issued immediately afterwards.

Posted by Defender of Liberty at 02:41