Chris Bev and the EDP

Image - the English flag of the Civic Nationalists. 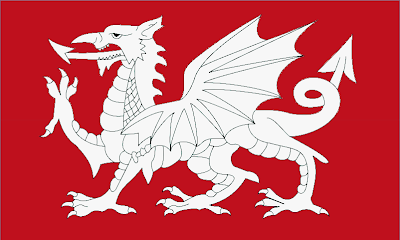 Image - The White Dragon flag of the Ethnic English Folk.

All the best to Chris Bev as regards him leaving the BNP and standing as a candidate for the EDP, but I believe he has made a serious mistake.

Everyone knows that for the last six months many ex members of the BNP, such as Eddy Butler, Jim Dowson, Paul Golding and Mark Collett, have all been working with either directly or indirectly the English Democrats Party whilst pushing for reform in the BNP.

( I have spoken to Eddy and he states that there has been no plan to filter people into the EDP and that the fact that he 'bigs up' the EDP as an alternative to the BNP is concidental ).

Not only was this fundamentally dishonest, it has damaged both the case for reform in the BNP and also ensured that any future leadership challengers will be regarded with suspicion.

It appears that the reform group have realised that the process has been flawed from the start, and are therefore now simply jumping ship.

The English Democrats are a civic nationalist party.

They believe that as long as you live in England, then you are English.

There are the Ethnic English Folk who create and sustain English culture, culturally integrated English civic citizens from non-Ethnic English heritage and then there are colonists.

The moment you change the ethnic nature of a nation, the nation is undermined.

If China invaded England and ethnically cleansed the entire indigenous English people from England and imported in millions of colonists, do you think England would exist ?

Of course not, the colonists would impose their own chinese culture on English territory.

A culture comes from the people.

Remove the people, and you remove the culture of that nation.

Either the EDP are being fundamentally dishonest or Chris Bev has jumped too soon.

Here is what the EDP say on their website ;

" Our party welcomes anyone on the electoral roll of England to join, irrespective of background. All who identify with and feel themselves to be English are welcome. "


"The People of England


See what I mean.

There is no committment by the EDP to the three nationalist fundamentals ;

1) to the principle of protecting the demographic numerical superiority of the indigenous English people in perpetuity,

3) and no statement that the EDP will work to ensure the removal of all colonists to ensure the continued demographic superiority of the indigenous English people in perpetuity within England.

In fact the statements reveal a fundamental lack of knowledge as regards who the English people are and why England will vanish without them.

That is not a NATIONALIST position.

That is a PATRIOTIC position.

Those who love their folk are NATIONALISTS.

Those who love their country are PATRIOTS.

Chris Bev is a NATIONALIST primarily and a patriot secondly.

A nationalist realises that an England without the indigenous English people is not England, it is a multi-cultural hell hole.

A nationalist will rise up and resist the government of his own country in order to protect his people.

A patriot is simply a lickspittle of whatever corporate media elected political puppet government is in power, and their cry of 'My country right and wrong' is the cry of the feeble minded idiot.

For nationalists to confuse patriotism with nationalism, shows us that the nationalist movement has been led by idiots who have no idea of the politics they are espousing to the people.

I am a NATIONALIST.

If a corrupt British puppet government of the UN, EU or the Murdoch Media Empire decided to open the borders of Britain up and allow in millions upon millions of immigrant colonists into Britain to colonise my country and turn the indigenous people of Britain into a minority in our own country, then I would not be supporting that government or my country by saying 'my country and government right or wrong'.

If Germany had invaded England during WW2 and the British government signed a peace deal whereby Britain was governed by a joint British-German government, would I have sat back and said 'well they are the government and I love my country' ?

I would not have been building bridges between the German colonists and the British people, I would have been out in the woods with the rest of the British National Resistance Movement blowing bridges up.

If either of those scenarios occurred then I would be labelled by those governments as a 'terrorist' whilst I would define myself as a 'freedom fighter'.

My enemy would have been my own 'government' as much as the German colonists.

Any Englishman who would sit on their arse whilst their country is colonised and their own folk are dispossessed of their homeland and culture is a pathetic traitor.

Even if they did, they would not be able to solve Englands problems - in fact as they repudiate the idea that the ethnic English create and sustain England and English culture, then they would substantially aggravate the problems for us as British Nationalists.

They would be first ones bleating about 'racism' as we began the deportation of their pseudo-English voting base comprised of colonists who self define themselves as English but who have no regard for the rights of the indigenous Ethnic English people.

English Civic Nationalism is the enemy of both the indigenous English and British Nationalism.

If Chris Bev has not understood that then he needs to get on board with the programme ASAP.

As it is he will not win his council seat back, simply as people do not like politicians who are turncoats.

English Nationalism is the wave that has crested and crashed, it is not the wave of the future.

The political wave of the future is British Cultural Nationalism.

This is precisely one of the continuing problems why you will be the Phoenix of Nationalism, you are one of the very few who understands what must be done.

The Establishment filth love splinter groups, the more the better.

OMG, they fkn love it... but now we have the way to enjoy it too, then we will strike the most devastating blow...UNITY OF CAUSE.

What about the Irish,Scots and Welsh; forgot have you. !!

The English Democrats will die before it is even heard of past a few blogs.

The only way to bring National revival is a unity through Cultural Nationalism. If you want to play "their" serious game, you must play with the deck that they have dealt.

Your not even on the table, your in a dark isolated corner, the real players have already began.

Thank you for explaining these vital facts so succinctly.
Now there should be no further misunderstanding amongst our alleged fellow Nationalists.
Hopefully?

Very well explained Lee. You can't blame folk though for not understanding what its all about. The public have been fed a pile of shite about what it is to be patriotic, since the end of the second world war. Primarily the thought control process is and has been controlled by the media. They tell us how to think and they tell us how to behave. So when people think that patriotism is chanting football songs and refering to Germans in a cringeworthy manner,they can't really be faulted.They are a product of their society. I frimly believe that Nationalist solidarity, such as that espoused by British Freedom, is our ticket out of this jungle we find ourselves in.

Our failure has been to educate them as to what real nationalism is.

The tragedy mate is that whilst the BNP has split down the middle now the EDP are about to do the same and split between civic and ethnic nationalists - which means both the leading parties in english and british politics are weakened and divided.

Your dead right about Eddy, he has ben pushing people into the EDP , a classic case of entryism. I dont know how the BNP will do in the elections, but one thing for sure is the EDP will crash and Chris will be out of a job by May of that im sure