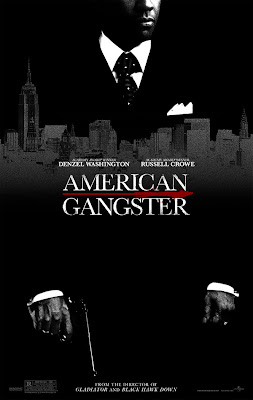 The drug dealers then accuse the police of sticking their heads in a bucket of water.

No - this is not a joke. This is what is happening today.

The idea that the testimony of drug dealers cannot always be relied upon to truthful and that criminals may have a motive for making up false allegations against the police (such as forcing the CPS to drop the trial) would usually ensure that the word of the police officers is regarded as being more reliable than the criminals - especially in relation to convicted criminals with previous convictions for the same offence.

In relation to whites and the white indigenous community though we are always the criminals by virtue of our race, and never victims in any circumstance.

With the logic of the gulags, if you are white then you are by definition guilty of something.

This is why prisons are holiday camps for criminals and used as internment camps for political dissidents.

The entire system does not function anymore.

ACPO have become political puppets of the Labour government.

The police unions have no power to withdraw their labour and are held hostage by Labour government threats to cut police wages, numbers and pensions.

The CPS is run by an appointee of the Labour government.

The Attorney General is appointed by the Labour government.

The courts are under the control of the Ministry of Justice run by a Labour government minister.

The erosion of the independence of the police as an institution has been imposed by the ACPO mafia but resisted by the lower ranks.

Now the ACPO mafia are coming for the front line coppers who are at the cutting edge of the crisis in our communities - and ACPO and the government must be resisted.

Now this is better, Lee. I'm glad that you are able to take note of constructive criticism. Keep it up.

Having said that, the racism thing is still a bit much!

Lee, is the "American Gangster" link a nod to the heritage of your beloved Winston Churchill, on his mother's side?

I only ask because I can't figure out what relevance it could have to anything here otherwise.

ACPO are the new Mafia - get it now ?

Both the criminals and the cops mirror each other.

Not a word from the "antifascists", of course.

What do you think about Chruchill's relatives refferring to you as 'gutter-snipe'? I bet that hit a nerve.

Oh Wolfblood, you dear poppet - I think you may be racist too! - I haven't even bothered to look at your links because they're all from the Daily Mail, which is about as credible as this site. If you have Internet access you could look at all sorts of stuff that is actually true! Try that and you may find it gives you something other than hate to keep you going.

NB: If you are quite young, I am sorry and forgive you - Most people are a bit stupid from time to time until they are in their early 20s. After that they still can be, but usually don't spill such bile over the Internet.

Is Wolfblood a family name or do you like it because it's quite Nazi?