Nothing British About The BNP - oh dear 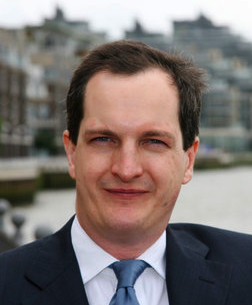 Image - Baron James Bethell, the man who lost the Tories the election.

The campaign of the tawdry and pathetic Tory front group, Nothing British About the BNP, which was set up with Lord Ashcrofts money and used the military connections of Baron Bethells late father as a way to attack the BNP, was a total waste of time.

Not only that, they attacked the wrong target.

The aim of Nothing British About the BNP was to attack the BNP from the right in order to assist the Tories by ensuring disgruntled right leaning voters did not vote BNP.

They thought that by completely encircling the BNP they would be able to nullify our support.

But all the time Baron Bethell and his cabal of fops, Zionists and whoremongers in the Nothing British Bullingdon Club were attacking the BNP, they were missing the real electoral threat to the Tories which was UKIP.

The tiny UK Independence Party helped deprive the Conservatives of at least ten seats by fielding candidates in constituencies the Tories had a good chance of winning.

Nationally, UKIP picked up just 3 per cent of the vote. But in a string of seats their support was enough to stop even Eurosceptic Tory candidates winning.

In the most glaring example, the anti-EU party helped oust the fiercely Eurosceptic David Heathcoat-Amory in Wells, Somerset.

In each case the ministers would have lost their seats if the bulk of UKIP's support had gone to the Conservative candidate.

Mr Austin, a close ally of Gordon Brown, held Dudley North with a majority of just 649 over the Conservatives, while UKIP picked up 3,267 votes.

The UKIP effect was particularly noticeable in the West Country, where there has long been a strong Eurosceptic sentiment.

As well as Wells, the Lib Dems won in St Ives, Somerton and Frome and St Austell and Newquay after narrowly holding off Conservative candidates with the help of UKIP.

So we can see that the Bungling Baron and his fops in Nothing British were aiming their potato guns at the wrong target all along.

So we in the BNP would like to thank Baron Bethell and his fops for ensuring that the Tories did not win the election.

If Nothing British had targeted UKIP instead of the BNP, then we would be saddled with a Tory government right now.

But thanks to nothing British totally ignoring the UKIP threat, and concentrating on the BNP who gained their most support from the white working class and not the middle class bores in blazers that vote UKIP, they ensured that the Tories lost the election.

So when it comes down to it one group can be blamed for the loss of the Tories not winning the election - Nothing British About the BNP.

The really funny thing though is that Baron Bethell and his mugs got all chummy with Lancaster Unity, Harrys Place and other Far Left organisations in order to attack the BNP.

Yet all the time the mugs in Nothing British never thought to themselves 'Why are the Far Left working with us to attack the BNP and who benefits ? '.

Poor old Baron Bethell never thought to himself 'Perhaps Lancaster Unity and other Far Left websites and activists want us to attack the BNP, and not UKIP, as by doing so we will ensure that the Tories are kept out of power as well as the BNP'.

If the Baron and his chum Maurice Cousins had bothered to think for themselves, they would have realised that by aligning themselves with the Far Left and attacking the BNP, whilst ignoring UKIP, they were merely assisting the Tories losing the election - for if the Tories had campaigned against UKIP instead of the BNP, then the Cameron Conservatives would be in power right now.

No wonder Lancaster Unity and Harrys Place were so keen for Nothing British to work with them, for as long as Nothing British targeted the BNP - and left UKIP alone - the more certain it was that the Tories would lose the election.

The ONLY party that benefited from Nothing British attacking the BNP, and not attacking UKIP, was the Labour Party.

By attacking the BNP, and thereby ensuring disgruntled Tories and protest voters all voted UKIP, what The Blue Baron did was ensure that the UKIP VOTE WENT UP, thereby ensuring that UKIP candidates would gain a good vote and undercut the Tory vote.

Perhaps the Baron should have asked his butler to ponder the question,'Where will the protest vote, disgruntled tories and white working class voters put off the BNP go and put there vote if we attack the BNP ?'.

Perhaps the butler was too busy wiping the Barons bum or tying his shoelaces for him to ponder the question.

One would have thought that the retired Generals, ex-soldiers and other peerage chasing idiots they wheeled out for the cameras to attack the BNP would have had the brains and strategic insight to point this out to them - but it appears that our generals are as stupid as our politicians when it comes to strategy and tactics.

No wonder we cant win any wars with these dickheads and their proteges running the army.

Lancaster Unity and Harrys Place made complete mugs of Nothing British.

They must be laughing their bollocks off right now and every time they see sulky Cameron with his bottom lip out over not being elected PM.

The entire strategy of Nothing British was flawed from the very start.

Ex-Tories do not vote BNP, they would vote UKIP.

Everyone who has half a brain knows that.

Unfortunately Bethell and his boys didnt.

If the Tories wanted to ensure they won the election then they should have campaigned hard against UKIP in order to ensure Tories voted Tory or they did not vote UKIP.

So thanks to Bethell and his boys the Tories are now going to be kept out of power as Labour and the Lib Dems form a coalition government.

If one group of idiots are responsible for the Tories losing the election, it was Bethell and his boys.

That should make him and Nothing British popular in Westminster.

Oh yeah, and to cap it all for Bethell - he was not chosen to be a prospective Tory MP as he was defined as too posh in Camerons new 'PC Tories'.

If one man can be held responsible for the Tories losing the election it is Baron Bethell.

Posted by Defender of Liberty at 01:50

Lee, when you get some free time could you check out the British Alliance.
They are planning a 'March on Parliment' 22nd May.
They seem to be a new organisation, but i love their video clip on youtube.Gets the blood pumping.

Lee, so funny and you just know they will read it and realise all you say is the truth.

THEY lost the Tories the election, and exposed themselfs as commie collaborators! money well spent I say!

The Conservatives would have walked it if they offered a referendum which is what the UKIP were asking for. As for UKIP it is a silly party of eccentric retired second hand car salesmen which isnt going anywhere; and if the BNP has leadership concerns then my god has UKIP!
The BNP has vast support out there and needs to reflect and regroup. People like Collett and the antics of Simon Bennett need to be put behind it. Collet should never have been allowed in the BNP he was a child and still is. So my advice for the BNP; develop an intellectual website for writers who can contibute ideas to Nationalism. Concentrate on local activism. No more silliness ; going on about Churchill is meaningless to the under 50s, and the over 50s vote Labour or Tory anyway. One writer wrote about Nick s political Tourettes displayed on Question Time. He needs to prepare more for interviews. He could have easily demonstrated the bias of the selected Question time audience by asking for a show of hands to see how many (Usually 80%) of the audience were worried about immigration.
Up the game and the BNP can win.

Hi Lee, glad to see you and GW finally managed to speak. Would be interested in the full conversation if you have it? Torrent or Rapidshare good. Thanks

P.S. Layout suggestion: could you not have the first para per article showing on each page and the rest of the article inside the fold as it were so you don't have to scroll through the page to see other articles or is that a Blogger issue?

He looks like a right piece of oily faecal matter that won't flush.
Why don't you get a proper job Bethel? Come an' work with me on the railway. You wouldn't last 5 minutes you hideous Gonk.